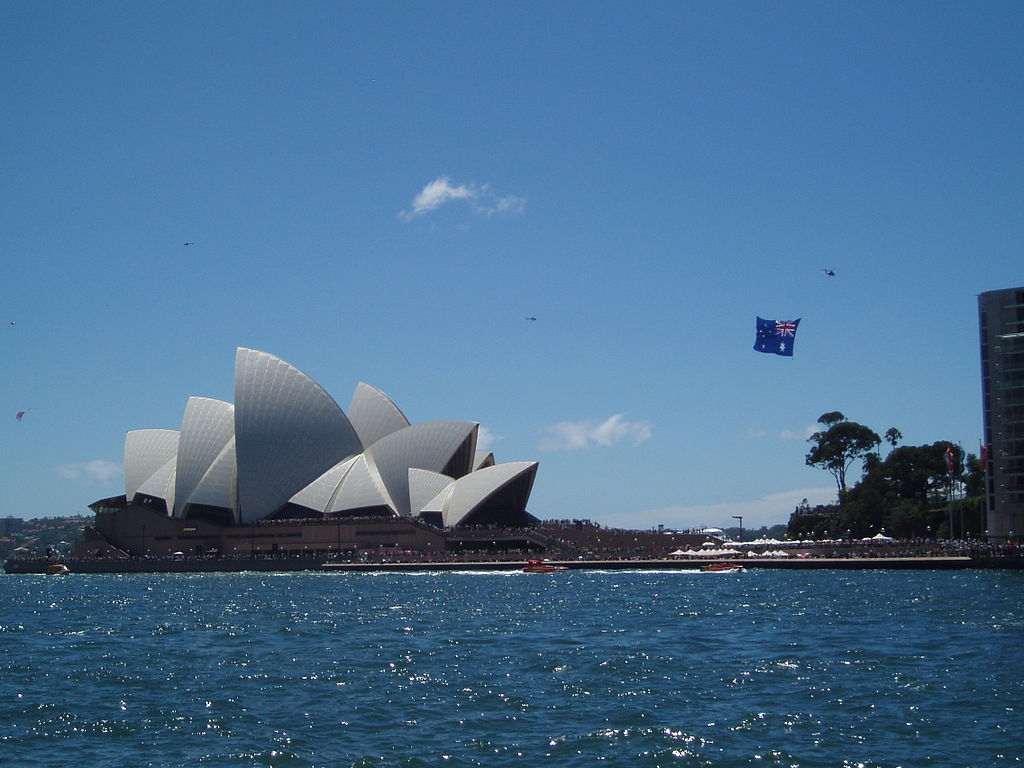 On January 26 each year Australia celebrates its national holiday ‘Australia Day’ with official events including citizenship ceremonies and firework displays, as well as gatherings, barbecues and many other quintessentially Australian activities. But over the past several years, a debate has raged about whether it is appropriate to hold celebrations on that particular date, given its meaning for Australia’s Indigenous population (known also as Aborigines or First Nations People [1]), many of whom commemorate that particular date as Invasion Day.

It was on January 26, 1788, that Captain Arthur Philip led the First Fleet into Sydney Cove, planting the British flag, and claiming the territory for the British Empire. The colonization of Australia meant severe degradation of traditional cultures which stretch back into prehistory.  The story of white, European settlement is, for First Nations people, a story marked — often dominated — by horrors of dispossession, massacre and attempted cultural genocide.

Inseparable from the ethical issues at stake in this debate — Aboriginal rights, justice and reconciliation — are broader philosophical issues about truth raised by vying interpretations of history. Disagreements about how the history of white settlement should be understood, and about how current generations of white Australians should respond, have become increasingly divisive over the past two decades, fuelled by the so called ‘history wars.’

At the time of European settlement, Australia had been inhabited by its indigenous occupants for over 60,000 years. That makes Aboriginal culture (though it is by no means homogenous) by far the oldest surviving, continual civilisation in the history of the world. The peoples of the First Nations made up over 600 individual Nations, with many different languages and cultural characteristics and customs.

Australia was colonized under the auspices of the doctrine of “Terra Nullius” (no-one’s land). The belief that the land did not belong to its Indigenous inhabitants rested on ignorance about the depth of the relationship of Aborigines to the land. To the European settlers, it justified their policy of driving Aboriginal people off lands in which they lived, hunted and fished, and it led also to many massacres of those who tried to resist. In the state of Tasmania, local Indigenous people were all but wiped out. In the state of Queensland, at least 65,000 estimated Indigenous people lost their lives defending their country in the frontier wars of the 1800s.

More recently, from the beginning of the twentieth century until roughly the 1960s, a government policy was in operation to remove Aboriginal and part-Aboriginal children from their Indigenous parents. The (so-called) Stolen Generation were taken and sent to homes or foster care, and in many cases were subject to abuse and neglect. A 700-page report entitled Bringing Them Home, the result of a national enquiry into the Stolen Children, was tabled in Federal Parliament in 1997. It detailed story after harrowing story of families torn apart and lives ruined by the grief and suffering visited on the victims of this state-enforced policy.

Currently, the situation for many Aboriginal people remains marked by disadvantage. For example, as of the 2016 census, First Nations People represented 3.3 percent of the total Australian population yet account for more than 28 percent of Australia’s prison population. Rates of youth suicide, violence, and substance abuse remain far higher for many Indigenous communities than for the population at large.

In the context of these egregious past and ongoing current injustices, many Indigenous people have asked the rest of the community to change the date of the national holiday celebrations. Many Aboriginal people feel both that they would like to be included in national celebrations, and simultaneously cannot feel included because of what the date means to them. They need the broader Australian community to hear their need for recognition of the wrongs they, as a people, have suffered. Indigenous television presenter, Brooke Boney said,

“This is the best country in the world… But I can’t separate the 26th of January from the fact that my brothers are more likely to go to jail than school, or that my little sisters and my mum are more likely to be beaten and raped than anyone else’s sisters or mum,” she said. “And that started from that day. For me, it’s a difficult day and I don’t want to celebrate it.”

A great many non-Indigenous people fully support Australia’s First Nations people in their call for a national holiday and celebration to be held on a date not synonymous with the pain and suffering of their people. Yet the call to change the date has encountered fierce ideological resistance from other sections of the community.  Keeping Australia Day on January 26 remains the official policy of both major political parties.

In an interview last year Prime Minister Scott Morrison said he understood that some who opposed celebrating a national holiday on January 26 did so out of respect for Aboriginal people, but said refusing to celebrate the day was “silly.” He recently wrote in a Facebook post: “Indulgent self-loathing does not make Australia stronger.”

There is a prevalent view that even though grave injustice was done to Aboriginal people in the past, colonization has also brought great benefit, and since contemporary Australians are not the perpetrators of historical wrongs, they need not, indeed should not, feel guilt or shame.

Many, especially on the socially conservative side in the history wars, argue that focusing on the darkest elements in Australian history eclipses the nation’s achievements, fosters disunity rather than togetherness and threatens to drown national pride in national sorrow. Many also feel confronted by the suggestion that they could or should feel shame for the past actions of others.

Yet the Prime Minister’s statement that “indulgent self-loathing does not make Australia stronger” appears not only to reject the so-called ‘black armband’ view of Australian history in unequivocal terms, but to seriously underestimate either the injustices done to Aborigines, or the depth of their effects. Racism of this kind that was behind the dispossession based on Terra Nullis and the policy of forced removal of Aboriginal children is constituted by a very deep-seated failure of white European colonizers to acknowledge the full humanity of their Indigenous victims.

To illustrate this failure, Australian philosopher Raimond Gaita emphasizes a couple of key moments. At the time of forced removals of Aboriginal children, James Isdell, a minister for protection of Aborigines in the Western Australian government, said that “no matter how frantic an Aboriginal mother’s momentary grief was at the time, they soon forget their offspring.” [2]

But in 1992, a high court ruling (The Mabo decision), overturned the doctrine of Terra Nullius doctrine. That judgement acknowledged that Aboriginal People’s spiritual relationships to the land are deeper than can be conveyed by the notion of ownership. [3] Then, given the definition of genocide decided by the 1948 Genocide Convention, The Stolen Generation’s Bringing Them Home report demonstrates that “The policy of forcible removal of children from Indigenous Australians to other groups for the purpose of raising them separate from and ignorant of their culture and people could properly be labelled genocidal.” [4]

These pernicious government policies represent a denial of the full humanity of Aboriginal people – their connection to their land, their love for their children. The willingness of other Australians to dismiss the feelings of hurt endured by Indigenous Australians by refusing to change the date of national celebration only compounds that injustice. As the Mayor of Darebin Council in Melbourne, Susan Rennie, told ABC Radio: “the people for whom the celebration is most hurtful should be listened to… we have consistently heard from Aboriginal / First Nations people in our community that the date is hurtful and causes distress… why wouldn’t we respond to that and think about changing the date.”

A full conception of justice would need to acknowledge what Indigenous people are saying and what they need in order for reconciliation to occur. This recognition is not merely limited to acknowledging past wrongs but perceiving ongoing injustice. That does not mean that this generation of non-Indigenous Australians, for whom there is likely to be no direct connection to those historical wrongs, should feel guilt, though some doubtless do. But it does seem to entail that a full moral appreciation of the injustices suffered include an appropriate sense of shame.

So what should a country be celebrating with a national holiday such as this? It is natural, and it is right, it seems to me, to feel a sense of pride in one’s nation. But, that sense of pride should be founded on a sufficiently deep conceptual sense of what pride is, or should be, if national pride is not going to collapse into nationalism and jingoism. To take full moral possession of the dark aspects of a nation’s history is not anti-patriotic but authentically patriotic. True patriotism should be genuine love of one’s country, and not a hollow, jingoistic nationalism of the sort which leads someone to confuse acknowledging the shame many Australians feel with “indulgent self-loathing.”

[1] First Nations is plural because there were thousands of tribes many with their own language and cultural traditions inhabiting Australia prior to colonization.