On Friday, the first two episodes of Obi-Wan Kenobi — the latest installment in the ever-growing Star Wars franchise — were released on Disney+. The episodes went live at midnight Pacific Time – yet within minutes of their release, YouTube was rife with reaction and review videos featuring thumbnails spoiling all kinds of details from the show.

This kind of behavior isn’t the sole realm of malicious internet trolls.

Many otherwise reputable entertainment sites do the same thing, posting spoilerific headlines and thumbnails only days — or sometimes even hours — after a movie or television episode premieres. Sometimes, even the content creators themselves are guilty of this behavior. Last year’s Spider Man: No Way Home featured many surprising cameos from the last two decades of Spider Man films. Some of these cameos were clearly advertised in trailers preceding the film’s cinematic release, but others (arguably, the best) were preserved for theatergoers to discover on opening night. Sadly, however, Sony Pictures decided to spoil these very same cameos in the marketing for the home video release of the film, preventing anyone waiting to watch the movie at home from experiencing the same sense of surprise and wonder as theatergoers.

These spoilers are certainly annoying, but are they morally wrong? This is a question taken up by Richard Greene in his recent book Spoiler Alert!, and previously touched upon by fellow Prindle Post author A.G. Holdier. Here, however, I want to argue not only that spoilers are morally wrong, but that the reason for this is that they are inherently classist and ableist.

Spoilers are classist because certain barriers exist to immediately consuming entertainment upon release, and these barriers are more easily overcome by those of a higher socio-economic status.

Take, for example, the premiere episodes of Obi-Wan Kenobi. If you wanted to completely remove the risk of being spoiled for these episodes — and lived on the East Coast of the USA — you’d need to be up at 3am on Friday morning to watch them. Many people — including lower- to middle-income earners working a standard 9-to-5 job — are simply unable to do this. There are financial barriers, too. Going to the cinema isn’t cheap. The average cost of a movie ticket is $9.16, meaning that a family of four will pay more than $35.00 to see the latest release on the big screen (ridiculously expensive popcorn not included). This means that for many families, waiting for the home video release (where a movie can be rented for less than five dollars) is the only financially viable way of enjoying new movies.

Spoilers are ableist for similar reasons. While cinemas strive to provide better accessibility for those with mobility issues and audio and visual impairments, there are still many people for whom the theatergoing experience is unattainable. Those who are neurodiverse, have an intellectual disability, are immunocompromised, or suffer from ADHD are often unable to enjoy films during their theatrical run, and must wait for these movies to finally come to home video. Spoilers strip these less-able individuals of their ability to enjoy the very same surprises as those who can attend theaters.

The current pandemic provides yet another reason why someone may avoid the theatre. Released on December 17th 2021, Spider Man: No Way Home arrived just as the Omicron variant was beginning to spread through the U.S. — ultimately leading to the highest ever COVID daily case count just a few weeks later. For many people, seeing a movie in the cinema simply wasn’t worth the risk of spreading an infection that could greatly harm — and possibly even kill — their fellow attendees. Yet these individuals — those who sacrificed their own enjoyment in order to keep others safe — are those who suffer the most when a company like Sony Pictures releases home video trailers spoiling some of the biggest cameos of the film.

As we’ve seen, spoilers disproportionately affect those who are less well-off, less-able, and those who are simply trying to do what’s right in the midst of a global pandemic.

But are spoilers really all that harmful? It would seem so. Studios clearly understand the entertainment value of surprise. It’s why they fiercely guard plot details and issue watertight non-disclosure agreements to cast and crew. And we can appreciate the reasons for this. There’s nothing quite like the unanticipated return of a favorite character, or a delicious plot-twist that — despite your countless speculations — you never saw coming. Further, as Holdier previously noted, spoilers prevent us from taking part in a shared community experience — and may cause us to feel socially excluded as a result.

We might justify this harm on Consequentialist grounds if there was some greater good to be achieved. But there isn’t. It’s not entirely clear why entertainment sites or YouTube reviewers feel the need to wantonly spoil details of a new show or movie. While there’s obviously a financial motive in gaining clicks and views, it’s unclear how sharing spoilerific details in a headline or thumbnail furthers this end (especially since burying such details in the middle of an article or video would surely force people to click or view more).

Some might claim that they prefer to know plot details in advance — and there’s even evidence suggesting that spoilers might cause certain people to enjoy some stories more. But here’s the thing: you only get one chance to enjoy a story spoiler-free, and we should let people make this choice for themselves. The kinds of spoilers discussed here — those thrust to the top of a newsfeed, or to the main page of YouTube, or aired on network television — are unavoidable. They don’t give people a choice. What’s more, these spoilers disproportionately harm the underprivileged — and it’s the inherent classism and ableism of these spoilers that makes them so morally wrong. 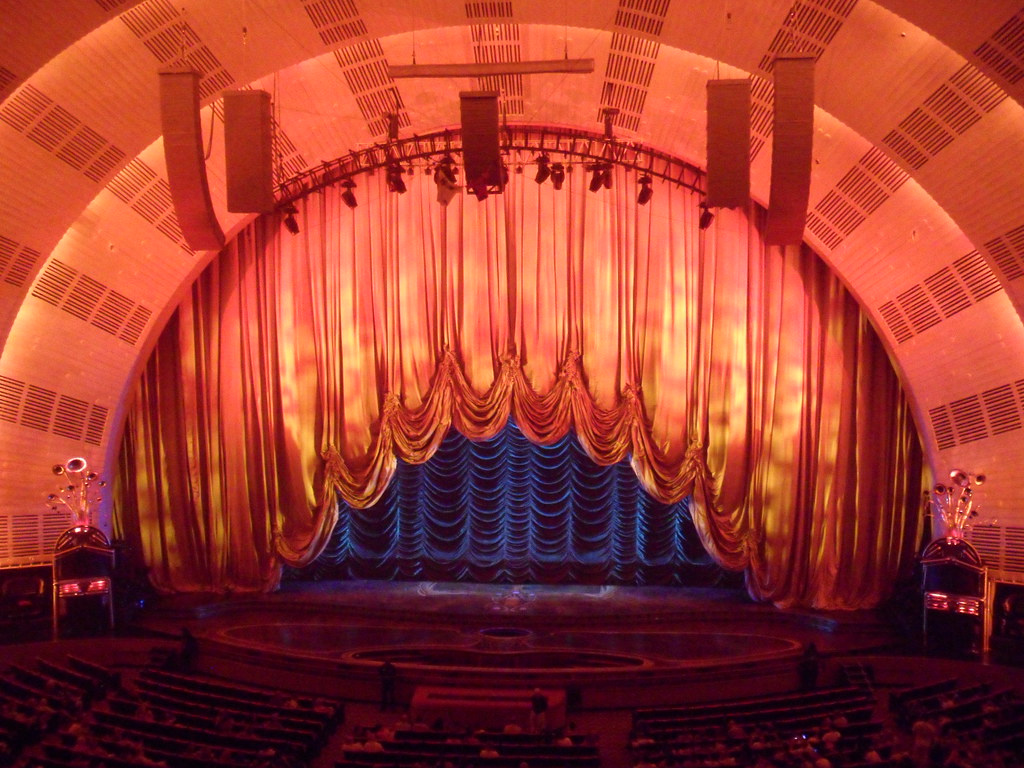 On June 9th, Ali Stroker made history when she became the first performer in a wheelchair to receive a Tony Award. Winning ‘Best Performance by a Featured Actress in a Musical’ for her portrayal of the boisterous Ado Annie in the Broadway revival of Rodgers and Hammerstein’s Oklahoma!, Stroker dedicated her award to “every kid who is watching tonight who has a disability, who has a limitation or a challenge, who has been waiting to see themselves represented in this arena.” Although award nominees typically wait in the audience until the winner’s name is called, Stroker was backstage, having just performed a solo as a part of the evening’s festivities. This was fortuitous: later in the evening, Stroker was unable to celebrate in the spotlight with the cast and crew of Oklahoma! after their production won ‘Best Revival of a Musical’ – the stage of Radio City Music Hall has no wheelchair-accessible ramp.

This story highlights two important issues regarding contemporary ableism: problematic representation in the entertainment industry and an overall lack of access.

Regarding the first, the fact that Stroker’s win is historic at all highlights the lack of attention that Hollywood and Broadway have given to disabled performers. Despite the fact that portrayals of disabled characters routinely receive critical acclaim, essentially all of the actors receiving those awards have been able-bodied. By the Washington Post’s count, roughly half of Best Actor Oscars, for example, have been given for depictions of people with disability or illness – but none of the actors awarded have been actual members of the disabled communities they portrayed.

At best, this sort of production choice encourages inaccurate portrayals by non-experts and perpetuates stereotypes about disabled individuals; at worst, it turns disability into a plot device to be overcome (or, even worse, into punishment for a perceived villain). For example, the 2017 film The Shape of Water was heavily criticized for its clunky depiction of American Sign Language and its explicit comparison of its disabled main character with an inhuman monster – the movie won four Academy Awards and was nominated for an additional eight. Or consider how the three-time Tony-Award-winning musical Wicked treats its character Nessarose: living in a wheelchair, the wicked Nessa not only repeats the overplayed trope of “deformity of body equals deformity of soul,” but her explicit request to be “cured” by her magical sister, in the words of Towson University’s Beth Haller, underscores the “underlying ableist message that disabled people are broken and need to be fixed.”

So, while Stroker’s success is wonderful and much deserved, it comes from within an entertainment industry rife with a problematic relationship to portrayals of disability. Representation of society’s diversity in popular culture is important for many reasons; matters of accuracy and tone are just a few.

Secondly, the inaccessibility of the Tony Awards’ stage prevented Stroker from experiencing the honored tradition of an award winner walking down the aisle while the audience applauds their success – to say nothing, of course, of her literal inability to accept the second award along with the rest of the cast and crew. As Melissa Blake explained for CNN, “For all the talk about inclusion and representation, the disability community continues to remain merely an afterthought, where places are made accessible only after people with disabilities bring it to others’ attention that they can’t get into a building or onto a stage.”

Instead of useful accommodation and equitable treatment, disabled citizens are often the recipients of technological gizmos that do more for the inventors’ social graces than the needs of the purported users. Dubbed ‘disability dongles’ by advocate and strategist Liz Jackson, devices that claim to do everything from translating written text for those who cannot see it to translating sign language into spoken words make waves on social media, but ultimately do quite little to help those who actually use sign language or have difficulty seeing. In most cases, people with disabilities simply don’t need the help – suggesting otherwise can be insultingly patronizing, if not obviously unnecessary. What would be preferable: providing a $33,000 stair-climbing Scewo (as heralded by dozens of international news outlets) to wheelchair users around the world, or simply building more ramps for them to use?

What if Stroker had been driving a Scewo on the night of the Tonys? Though she would have been able to access the stage from the audience, the expensive device climbs much too slowly for the fast-paced production of the televised broadcast; by the time Stroker would have made it to the podium, she likely would have had no time for her speech. And though it moves quickly enough on its own when not navigating stairs, it seems like a motor-powered wheelchair would actually limit Stroker’s mobility during the fast-paced dance numbers of her production (never mind what might happen were it to malfunction). Though some able-bodied people might feel pleased to hear about flashy dongles aimed to help others, such gadgets run the risk of diffusing our sense of corporate – and, indeed, our personal – responsibility to promote a just society.

Re-designing our public architecture to be more representative of the needs of all citizens is far easier, cheaper, and effective at treating every person fairly than is investing in complicated and expensive new technologies that don’t actually solve real problems. As Stroker explained to the New York Times following her win, “I think I had a dream that maybe there could be a ramp built. It’s more than just a logistical thing — it’s saying that you are accepted here, in every part of you.”

The industry would do well to listen.