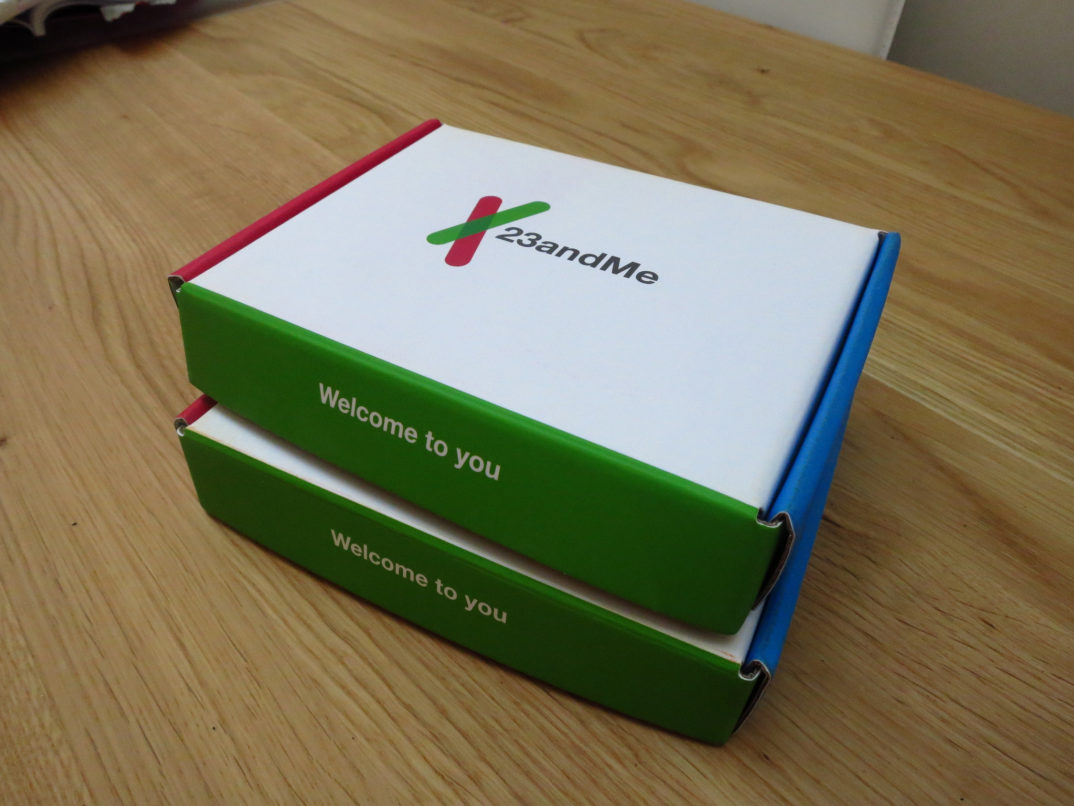 Learning about the ins and outs of what makes you, you has become a trend in recent years due primarily to the popularization of genetic testing companies such as 23andMe, AncestryDNA, or GEDmatch. All three companies may have stickier corporate policies than what you might expect from a harmless saliva collection kit. In fact, in recent months, story after story has surfaced regarding the largely nonexistent privacy protections on personal genetic information. At the end of April 2018, authorities were able to identify and eventually prosecute the ‘Golden State Killer’ suspect using genetic information, which was acquired through a genealogy site called GEDmatch.

This site, as explained by The Atlantic, is a website where individuals can upload their genetic information in the hopes of finding unknown relatives through DNA commonalities. However, authorities utilized this site to create a fake profile and uploaded DNA found at a crime scene, where it was soon matched to a distant relative of the man eventually identified as the killer. As you can imagine, this created a widespread privacy concern for not just GEDmatch users but consumers of other genetic testing databases, and provoked questions about whether the greater common good was morally permissible over breaching individual privacy. It was revealed through the Freedom of Information Act that the Federal Trade Commission is investigating DNA testing companies like 23andMe and Ancestory.com over their policies for handling personal infomation and genetic data and how they share that information with third parties.

Not only has private genetic information been exploited to solve multiple murder cases, but in 2017 NBC warned consumers of the potential risks of giving companies access to their complete genetic codes. As Peter Pitts, who is part of  a medical advocacy group, stated,  genetic code “is the most valuable thing you own”. Although the majority of legitimate companies ensure customers that they do not share this information with researchers or third parties, media outlets including NBC are encouraging people to read the fine print of these broad contracts that have to be signed before personal samples are submitted for analysis. In fact, even though many of these companies market themselves as purely targeting genealogy, there is still critical information about your health illustrated in your genetic code, which in the wrong hands could be devastating to personal privacy.

Even more terrifying is the concealed nature of genetic information. For example, in comparison to your credit card information, where you can eventually see purchases which cannot be attributed to your own spending, you may never find out if a third party has your personal genetic information. Beyond having something interesting to discuss over the Thanksgiving table, many individuals use DNA testing in order to contribute to future medical advances. However, as Marcy Darnovsky of The New York Times suggests, “there are more efficient ways of contributing to medical advances than paying to hand over your genetic health information to companies like 23andMe.” In late 2015, 23andMe announced two deals with some of the largest pharmaceutical and biotech corporations in the industry in order to find treatments for diseases hidden in our DNA. Concerns arise after reading through 23andMe’s consent document, which acknowledges the fact that once you send off your genetic information there are no guarantees of anonymity. In fact, breaches in confidentiality could affect more than just you — they could impact your family members as well, since you share a similar genetic code. Darnovsky explains that “a 2008 law prohibits health insurance companies and employers from discrimination based on genetic information, but the law does not cover disability, life, or long-term care insurance.”

Another noteworthy negative impact of this information being provided is that the general public may not be able to decipher wordy scientific information. How are they going to deal with potentially devastating news about their own or their children’s future health, in terms of genetic risk for getting certain diseases or their carrier status? A quick look at the 23andMe website shows that anyone can get their health information regarding genetic probability for certain illnesses. 23andMe actually states “Genetic Health Risk reports – learn how your genetics can influence your risk for certain diseases”. Even though they do mention that having positive for a certain gene does not necessarily mean one will get the disease, a naïve or uninformed individual could take this information to mean that they are certainly getting this illness. In this new era of simplifying genetic information so the general public can “learn more about themselves,” it is imperative that we not only advertise companies that can make this possible, but also make clear the risks associated with such lenient confidentiality contracts. A breach of your genetic information means anyone in a pharmaceutical company laboratory not only knows what color eyes you have, but they know exactly what diseases you have a probability of getting. Careful evaluation is therefore critical in determining whether learning more about oneself through genetic testing, is worth the risk produced due not only to many companies negligence of personal privacy, but their nonspecific privacy guarantees which could easily be exploited by third parties.

The takeaway for any lay person not familiar with the ins and outs of genetic information specifically how to interpret it,  is that they should be especially cautious of these geneology tests. Consumers should take care to read the fine print which describes the company  privacy policies and also recognize these genetic testing companies as businesses who will protect their own interests, whether or not they are favorable or not to their consumers.