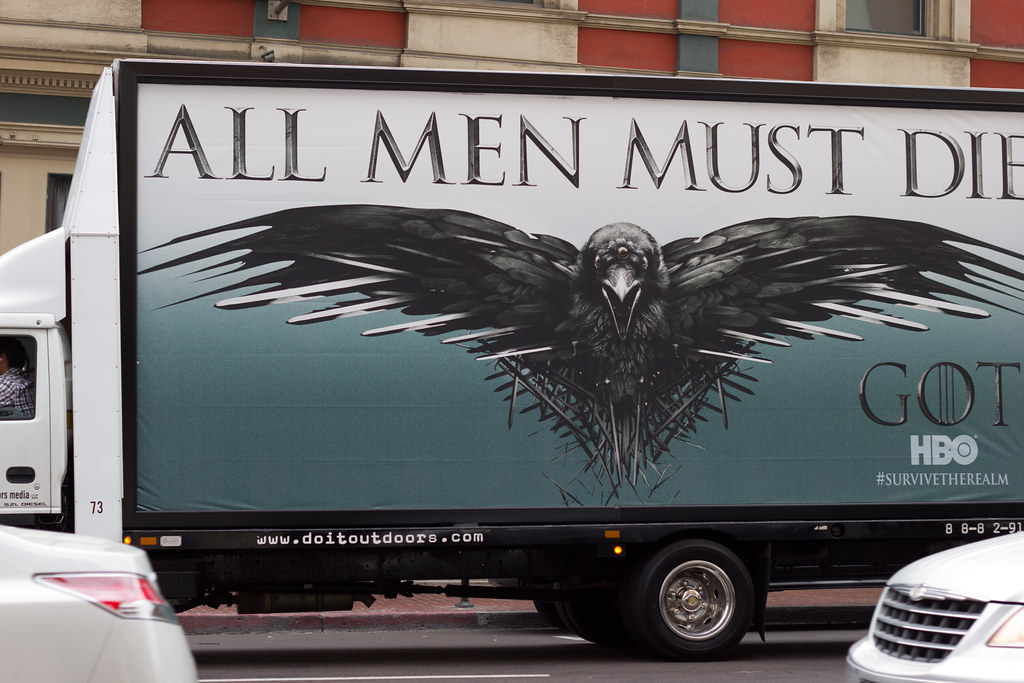 Early on the morning of April 27th, an early-evening moviegoer in Hong Kong was beaten in the cinema parking lot as he walked to his car; though his injuries were not life-threatening, his story nevertheless went viral thanks to how the attack was provoked – reportedly, the man had been spoiling the just-released Avengers: Endgame by loudly sharing plot details for the crowd (who had not yet seen the movie) to hear. As the culmination of nearly two dozen intertwined movies released over the course of more than a decade, as well as the resolution to the heart-wrenching cliffhanger at the end of 2018’s Avengers: Infinity War, Endgame was one of the most greatly-anticipated cinematic events in history and shattered most every financial record kept at the box office (including bringing in over $1 billion worldwide on its opening weekend). According to some fan reactions online, the spoiling victim actually deserved the attack for ruining the fun of the other people in line.

Contrast this reaction to the events of April 28th, when the third episode of Game of Thrones’ final season aired on HBO: within minutes, fans were actively spoiling each scene as they live-tweeted their ways through the show together, sending over 8 million tweets out into cyberspace and setting the top nineteen worldwide-trending topics on Twitter. By the time the Battle of Winterfell was over, the internet was swimming with jokes and memes about the story to a degree that even Time Magazine reported on the phenomenon. And this is not an unusual occurrence: each episode of the show’s eighth season has captured the Internet’s attention on the Sunday nights when they air. While HBO has taken great pains to keep the details of the season under wraps, there has been no #DontSpoilTheEndgame-type campaign for Game of Thrones as there has been from Marvel for Avengers: Endgame – what should we make of this?

While ‘the ethics of spoilers’ is far from the most existentially threatening moral question to consider in 2019, it is an issue with a strange pedigree. Spoiler Alert!, Richard Greene’s recent book on the philosophy of spoilers, argues that the notion began with Agatha Christie’s 1952 play The Mousetrap, which ended with an exhortation to the audience to keep the ending a secret. The term itself was coined in a 1971 National Lampoon article where Doug Kenney jokingly ‘saved readers time and money’ by telling them the twist endings to famous stories; according to Greene, it was the moderator of a sci-fi mailing list that first implemented a ‘spoiler warning’ policy in 1979 regarding emails that discussed the plot of the first Star Trek movie (the actual phrase ‘spoiler warning’ wouldn’t be applied until discussions concerning the release of Star Trek II: Wrath of Khan three years later). Skip ahead to 2018 and you’ll find serious reporting about a stabbing in Antarctica being precipitated by the victim habitually ruining the ends of the novels his attacker read; although the story turned out to be groundless, it seemed plausible to enough people to make headlines several continents away.

Why do we care about spoilers? Especially considering that psychologists studying the phenomenon have determined so-called ‘spoiled’ surprises to be consistently more satisfying than ones that remain intact for the audience? And, even more curiously, why don’t we care about spoilers consistently? What gives Game of Thrones spoilers a pass while Endgame spoilers ‘deserve’ a punch?

Some have argued that it’s largely a feature of the medium itself: despite the ubiquity of contemporary streaming services, we still assume that stories released in a TV format are culturally locked to their particular airtimes – much like the Super Bowl, if someone misses the spectacle, then that’s their loss. However, movies – especially ones at the theater – are designed to explicitly disengage us from our normal experience of time, transporting us to the world of the film for however long it lasts. Similarly, TV shows are crafted to be watched in your living room where your cell phone is near at hand, while movie theaters still remind you to avoid disrupting the cinematic-experience for your fellow patrons by illuminating your screen in the middle of the film. Perhaps the question of format is key, but I think there’s a deeper element at play.

Aristotle tells us that humans are, by nature, “political animals” – by this, he does not mean that we’re biologically required to vote (or something). Rather, Aristotle – and, typically, the rest of the virtue-ethics tradition – sees the good life as something that is only really possible when pursued in community with others. In Book One of the Politics (1253a), Aristotle says that people who can stand to live in isolation “must be either a beast or a god” and in the Nicomachean Ethics, the Philosopher explains at length the importance of friendship for achieving eudaimonia. In short, we need each other, both to care for our practical, physical needs, but also to create a shared experience wherein we all can not only survive, but flourish – and this good community requires both aesthetic and ethical components.

We need each other, and stories are a key part of holding our cultures together; this is true both mythologically (in the sense that stories can define us as sociological groups), but also experientially – think of the phenomenon of an inside joke (and the awkward pain of knowingly being ignorant of one told in front of you). At their worst, spoilers turn stories into essentially the same thing: a reminder that a cultural event has taken place without you. Spoilers exclude you (or underline your exclusion) from the audience – and that exclusion can feel deeply wrong.

Think of why we host watching parties, attend conventions dressed as our favorite characters, and share endless theories about where a story’s direction will go next: it’s not enough for us to simply absorb something from a screen, passively waiting as our minds and muscles atrophy – no, we crave participation in the creation of the event, if not of the narrative itself, then at least of the communal response to it. The nature of online communities (and the relatively-synchronous nature of television broadcasting) facilitate this impulse beyond our physical location; we can share our ideas, our reactions, and our guesses with others, even when we are far apart. The etiquette of the movie theater limits this, but not entirely – even in our silence, we still like to go to movies together (and, quite often, the experience can be anything but quiet!).

So, while Game of Thrones’s finale aired this past weekend, the community it has engendered will live on (and not only because George R.R. Martin still has two more books to write). The experience of a film like Avengers: Endgame may be over in a snap, but the ties we build with each other can withstand the tests of time. Spoilers threaten to undermine these sorts of connections, which may be why we react so strongly to them – when we don’t get to participate. After all, we can’t forget: the night is dark and full of terrors – one more reason to face it together.