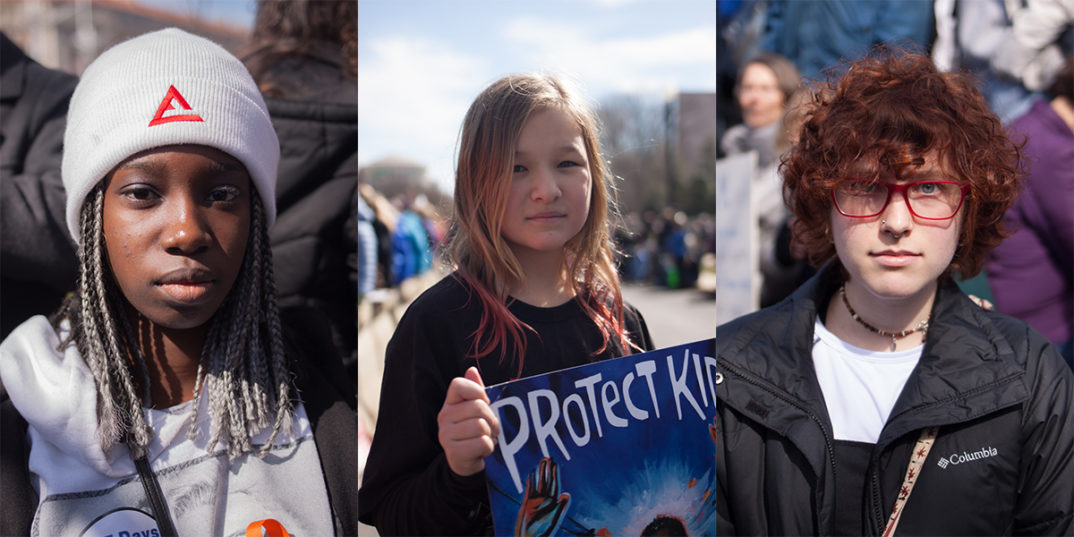 On February 14, 2018, a gunman walked into Marjory Stoneman Douglas High School in Parkland, Florida, and shot 17 of his former classmates to death. Six weeks later, the survivors of the shooting led over 200,000 people through the streets of Washington, D.C., to call for gun safety measures at the March For Our Lives. At the time, Congress was in recess; many of the country’s leaders were either back in their districts or overseas, far from the streets where their constituents were demanding change.

Many of the march’s attendees were students themselves, outraged at how routine shootings have become in their schools and neighborhoods. Others had felt the impact of gun violence from afar — a mass shooting on the news, an ever-present worry that they or their families could someday be a target. The people we spoke to gave voice to these fears. But each attendee also made one thing clear: though their leaders may be absent, inaction is no longer acceptable.