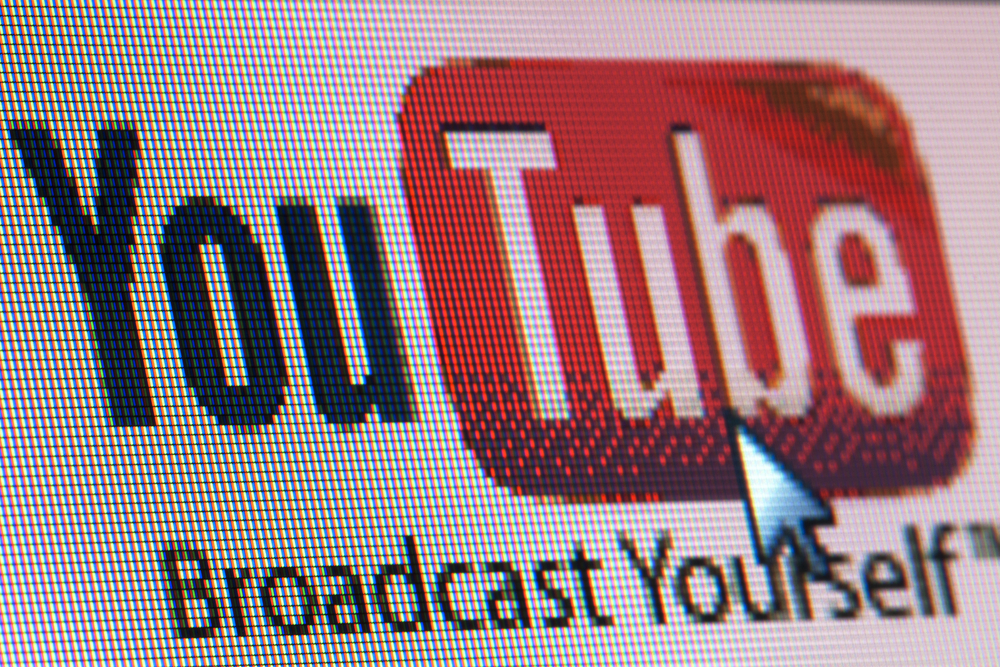 YouTube recently announced a major change on their platform: while the “like” and “dislike” buttons would remain, viewers would only be able to see how many likes a video had, with the total number of dislikes being viewable only by the creator. The motivation for the change is explained in a video released by YouTube:

Apparently, groups of viewers are targeting a video’s dislike button to drive up the count. Turning it into something like a game with a visible scoreboard. And it’s usually just because they don’t like the creator or what they stand for. That’s a big problem when half of YouTube’s mission is to give everyone a voice.

YouTube thus seems to be trying to protect its creators from certain kinds of harms: not only can it be demoralizing to see that a lot of people have disliked your video, but it can also be particularly distressing if those dislikes have resulted from targeted discrimination.

Some, however, have questioned YouTube’s motives. One potential motive, addressed in the video, is that YouTube is removing the public dislike count in response to some of their own videos being overwhelmingly disliked (namely, the “YouTube Rewind” videos and, ironically, the video announcing the change itself). Others have proposed that the move aims to increase viewership: after all, videos with many more dislikes than likes are probably going to be viewed less often, which means fewer clicks on the platform. Some creators have even posited that the move was made predominantly to protect large corporations, as opposed to small creators: many of the most disliked videos belong to corporations, and since YouTube has an interest in maintaining a good relationship with them, they would also have an interest in restricting people’s ability to see how disliked their content is.

Let’s say, however, that YouTube’s motivations are pure, and that they really are primarily intending to prevent harms by removing the public dislike count on videos. A second criticism has come in the form of the loss of informational value: the number of dislikes on a video can potentially provide the viewer with information about whether the information contained in a video is accurate. The dislike count is, of course, far from a perfect indicator of video quality, because one can dislike for reasons that don’t have to do with the information it contains: again, in instances in which there have been targeted efforts to dislike a video, dislikes won’t tell you whether it’s really a good video or not. On the other hand, there do seem to be many cases in which looking at the dislike count can let you know if you should stay away: videos that are clickbait, misleading, or generally poor quality can often quickly and easily be identified by an unfavorable ratio of likes to dislikes.

A worry, then, is that without this information, one may be more likely to not only waste one’s time by watching low-quality or inaccurate videos, but also that one may be more likely to be exposed to misinformation. For instance, consider the class of clickbait videos prevalent on YouTube, one in which people will make impressive-looking crafts or food through a series of improbable steps. Seeing that a video of this type has received a lot of dislikes helps the viewer contextualize it as something that’s perhaps just for entertainment value, and should not be taken seriously.

Should YouTube continue to hide dislike counts? In addressing this question, we are perhaps facing a conflict in different kinds of values: on the one hand, you have the moral value of protecting small or marginalized creators from targeted dislike campaigns; on the other hand, you have the epistemic disvalue of removing potentially useful information that can help viewers avoid believing misleading information (as well as the practical value of saving people the time and effort of watching unhelpful videos). It can be difficult to try to balance different values: in the case of the removal of public dislike counts, the question becomes whether the moral benefit is strong enough to outweigh the epistemic detriment.

One might think that the epistemic detriments are not, in fact, too significant. In the video released by YouTube, this issue is addressed, if only very briefly: referring to an experiment conducted earlier this year in which public dislike counts were briefly removed from the platform, the spokesperson states that they had considered how dislikes give views “a sense of a video’s worth.” He then states that,

[W]hen the teams looked at the data across millions of viewers and videos in the experiment they didn’t see a noticeable difference in viewership regardless of whether they could see the dislike count or not. In other words, it didn’t really matter if a video had a lot of dislikes or not, they still watched.

At the end of the video, they also stated, “Honestly, I think you’re gonna get used to it pretty quickly and keep in mind other platforms don’t even have a Dislike button.”

These responses, however, are non-sequiturs: whether viewership increased or decreased does not say anything about whether people are able to judge a video’s worth without a public dislike count. Indeed, if anything it reinforces the concern that people will be more likely to consume content that is misleading or of low informational value. That other platforms do not contain dislike buttons is also irrelevant: that other social media platforms do not have a dislike button may very well just mean that it is difficult to evaluate the quality of information present on those platforms. Furthermore, users on platforms such as Twitter have found other ways to express that a given piece of information is of low value, for example by ensuring that a tweet has a high ratio of responses to likes, something that seems much less likely to be effective on a platform like YouTube.

Even if YouTube does, in fact, have the primary motivation of protecting some of its creators from certain kinds of harms, one might wonder whether there are better ways of addressing the issue, given the potential epistemic detriments. 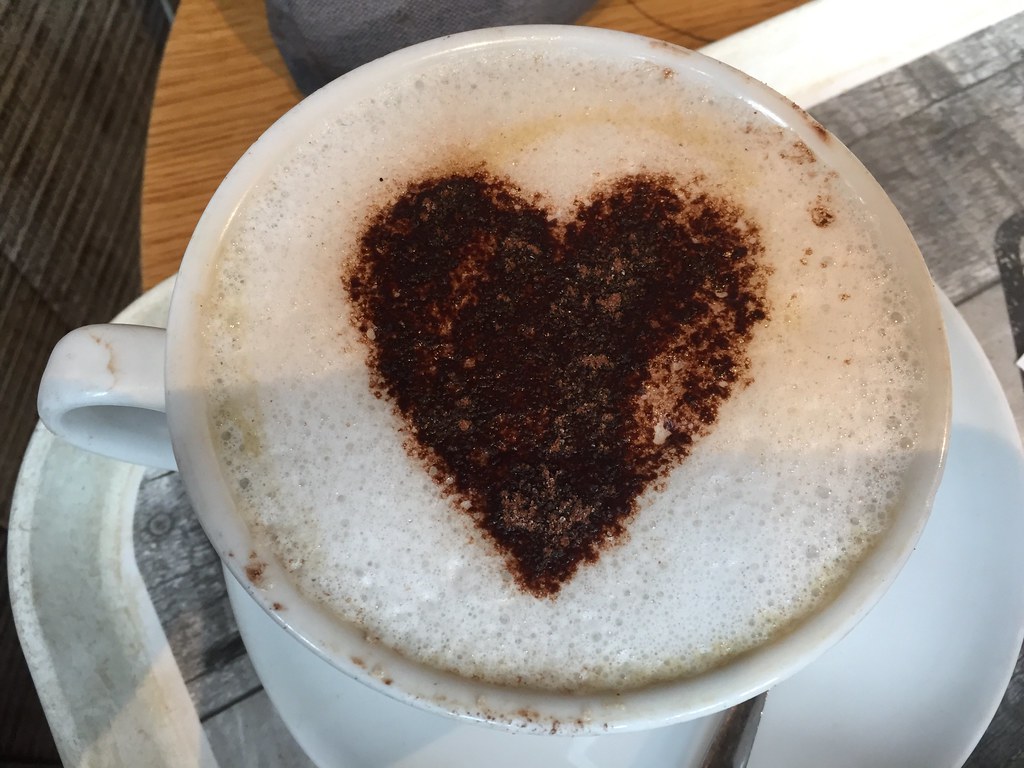 We live in an era where we are at the mercy of the internet. Social media gives users the power to share their life with the world. And in exchange for sharing their life, users are rewarded with likes. The act of liking something on social media, double tapping a photo or thumbs-upping a status, is a way for users to connect and interact with one another. When someone’s content is liked, it gives them digital agency. Multiple likes, those that allow users to go viral, indicate both digital agency and status. But what about the users who don’t get that many likes? In the social media realm, does their lack of likes devalue the life that they share online? Instagram is addressing this dilemma by considering removing likes from posts and videos. The photo sharing app ran a test in Canada last week and could consider making the change for the entire app. Should Instagram go forward with removing the like system…or leave things as they were?

They say that something shouldn’t be fixed if its not broken. And technically, nothing is wrong with the Instagram app itself. People connect on the app by sharing photos and their lives. They possess the freedom of expressing themselves.  People can travel the world just by logging in to the app. The issue that is being addressed is the digital currency that has been imbued in the like system and its effects on Instagram users. Instagram has been associated with anxiety, depression, low self-esteem, and bullying. Why is this? Perhaps it’s because what some people post–be it social media celebrities, other famous people, or even those in someone’s friend group. Users might feel low self-esteem when their friends post their new car that they got for college graduation or record every moment of that international spring break trip. Users who don’t have that new car or can’t go on the trip might feel inferior and feel FOMO (the fear of missing out), especially if their own posts are getting only 10 to 20 likes. But this idea could be the whole reason to why Instagram is considering removing the likes system. Some users seem to be treating Instagram like a competition–seeing who has the most likes; who has more social status. Treating Instagram in such a manner takes away from its core mission–to connect and to allow people to express themselves freely and creatively. If so many people are focused on likes and you remove all of that, all should be right with the world…right?

Removing the liking system from Instagram would affect users in others ways in addition to addressing issues of self-esteem and anxiety. Influencer marketing has had a big impact on Instagram. By 2020, it is on pace to become an $8 billion dollar industry. Per Lexie Carbon, a staff writer for Later.com, Instagram is the best performing platform for influencer partnerships with brands, for there is an average 3.21% engagement rate compared to the 1.5% engagement rate on other social media platforms. In addition, entire businesses are created on Instagram–clothing brands, photography companies, etc. For some influencers and companies on Instagram, the likes–the digital currency–translate into actual money. The success of brands is often based on likes because how many people engage with a brand indicates its status and therefore, it’s quality and success. If there is no liking system, how can brands and companies communicate to potential clients that they can do something for them that their competition cannot? Some people have based their entire paycheck and livelihood in Instagram. Without a like system, how would they make a living?

At the same time, removing a liking system might give an opportunity for smaller brands and smaller influencers to gain more exposure after being overshadowed by the pages with hundreds of thousands of followers. The same applies for users who feel depression because of other posts on Instagram. A non-liking system could give their page more exposure. But the users could also unfollow the pages that make them feel low self-esteem and the liking system could stay in place. So, should Instagram incorporate a system without likes? The pros and cons seem to meet at a stalemate. But the thing about the internet is that it’s always changing the status quo. There are constant updates and improvements. Bug fixes and concept changes. Instagram could test a system without likes and see the responses from users. If positive, the app could keep it and if not, they could change it. Either way, it’s an opportunity to alter how people interact, and at its core, that’s what social media is about.