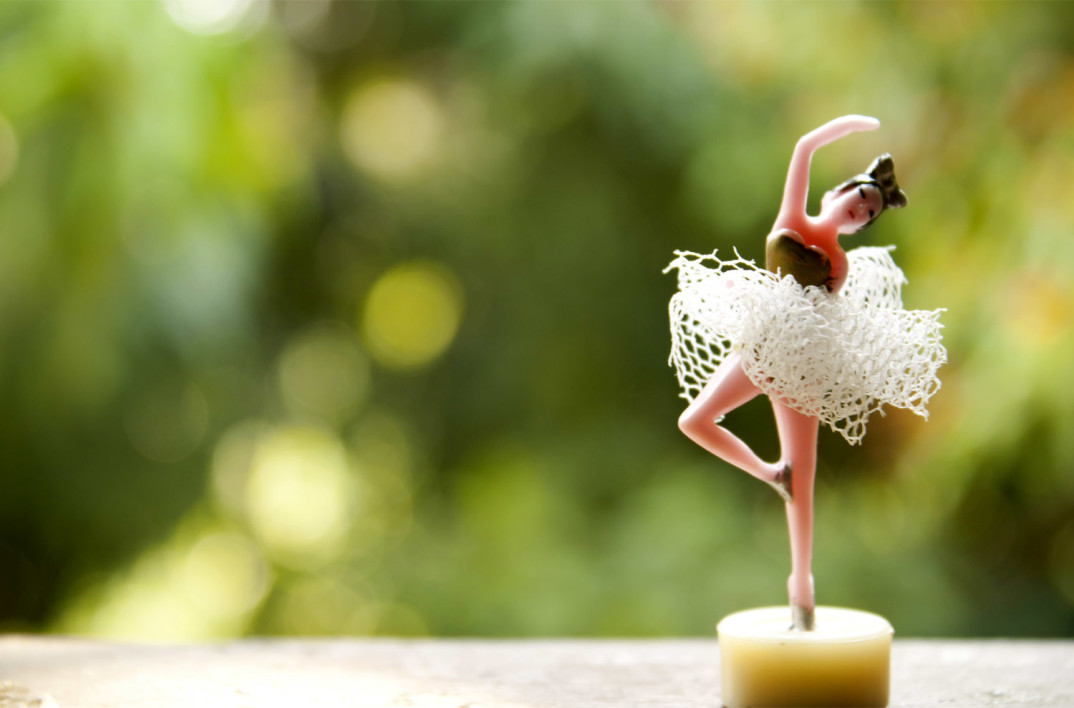 This post originally appeared on December 4, 2014.
When I was 8, I started ballet. I was a disciplined kid who took everything seriously, and dance quickly became a great passion of mine. But for many years I wasn’t that good; I felt I lacked the natural physical abilities that bless talented ballerinas.
One day something changed. I was observing the course immediately after mine. In the center of the studio, Laura, the first in her class, was performing a step in which one leg is elevated above 90 degrees. She was very similar to me in many respects, rich in determination but lacking in natural talent, her legs and feet modeled only by hours of obstinate exercise. Her leg was so much higher than mine had ever been! She looked fierce and strong, and I wished I could be like that. But beneath her smiling face, I could see the strain: she was sweating a lot, and her leg was shaking slightly. I felt a complex, painful emotion. I was ashamed both of my inferiority and of minding it so intensely. At the same time, I was inspired and determined to work harder: if she could do that, so could I! I kept dancing, with renewed enthusiasm, and by the time I graduated from my dance school I, too, was the best in my class.
I believe that what I felt that day toward my peer was what we can call emulative envy. It is a kind of non-malicious envy that has two fundamental characteristics. First, it is more focused on the lacked good, rather than on the fact that the envied has it. In my case, I was more bothered by my lack of excellence than by the fact that Laura was excellent. Therefore, this kind of envy has an inspirational quality, rather than an adversarial one. The envied appears to the envier more like a model to reach, or a target to aim to, than a rival to beat, or a target at which to shoot. When the envier is, vice versa, more bothered by the fact that the envied is better than them, than by the lack of the good, the envied is looked at with hostility and malice, and the envier is inclined to take the good away from them.
Second, emulative envy is hopeful: it involves the perception that the envier can close the gap with the envied. When this optimism about one’s chances is lacking, being focused on the good is insufficient to feel emulative envy, because we don’t believe in our capability to emulate the envier. Thus, we may fall prey of what I call inert envy, an unproductive version of emulative envy in which the agent is stuck in desiring something she can’t have, a dangerous state that can lead to develop more malicious forms of envy. In Dorothy Sayers’s vivid metaphor: “Envy is the great leveler: if it cannot level things up, it will level them down” (Sayers 1999).
There are two possible ways of leveling down: in what I call aggressive envy, the envier is confident that she can “steal” the good. Think about a ballerina who secures another dancer’s role not by her own merit but via other means, such as spreading a rumor about that dancer’s lack of confidence on stage. But this kind of “leveling down” is not always possible, or at any rate does not appear possible to the envier. In such a case, the envier is likely to feel spiteful envy, as it may have been in Iago’s case: he could not take away the good fortune Othello had, but he was certainly able to spoil all of it.
Spiteful, aggressive and inert envy are all bad in one way or another, but emulative envy seems void of any badness. Here I cannot detail the ways in which it is different from the other three, but I’d like to conclude this post with one very interesting feature it possesses. Empirical evidence (van de Ven et al 2011) shows that emulative envy spurs one to self-improve more efficiently than its more respectable cousin: admiration. This result is less surprising once we think that admiration is a pleasant state of contentment, and thus is unlikely to move the agent to do much at all. As Kierkegaard aptly put it: “Admiration is happy self-surrender; envy is unhappy self-assertion” (Kierkegaard 1941).

Sayers, D. 1999, Creed or Chaos? Why Christians Must Choose Either Dogma or Disaster (Or, Why It Really Does Matter What You Believe), Manchester, NH: Sophia Institute Press. 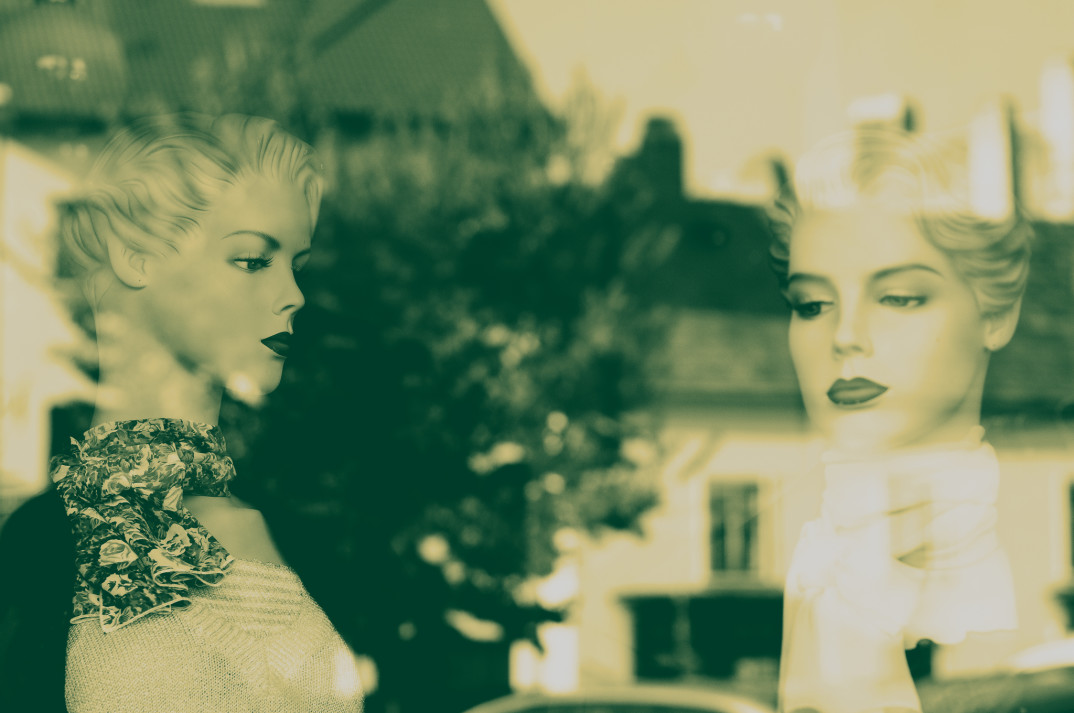 This post originally appeared on November 18, 2014
Imagine you check your email and find a congratulatory message from your boss announcing that your colleague has just been promoted. This colleague joined the company at approximately the same time as you did, and works in your sector. You were in line for the same promotion and were anxiously waiting for the outcome. How do you feel?
It’s reasonable to suppose that you might feel a burning, intense, painful bout of an emotion hard to confess even to yourself: envy. It doesn’t matter that you like this person, that she works hard, that she is brilliant and competent, and that she fully deserves this honor. If anything, being fully aware of her merits is likely to make you feel worse. Even if you acknowledge that it is an objectively just outcome, you can’t help but ask “Why not me?!”
Let me assure you that you are in good company: envy can be found in all ages, with all genders, and in all strata of the society. According to anthropologists (Foster 1972, Lindholm 2008), it is panhuman phenomenon, whose disquieting traces can be found everywhere in human history and culture. The Bible, the sacred text for Jews and Christians, is filled with stories of envy, most notably Cain and Abel. The fall of Adam and Eve, Satan’s rebellion against God, and Christ’s crucifixion have all been interpreted as caused by envy (Acquaro 2004, Schimmel 2008). All main human religions condemn envy, and most peasant and tribal societies share the superstition of the evil eye, a destructive power emanating—usually involuntarily—from the look of an envious person. Many publicized crimes and intergroup conflicts have been attributed to envy (Schoeck 1969, Beck 1999). Young children are warned about the evils of envy when hearing the fables of Cinderella, Snow White, and many others. There are countless literary tales of envy and the misdeeds it provokes, but we do not need to look into fictions to see what envy looks like. As advertisers, economists, and psychoanalysts all know, envy populates our daily interactions. (Beck 2008, Vidaillet 2008, Zizzo 2008).
Notwithstanding its ubiquitousness, envy may be the only “deadly sin” that is still considered unforgivable and difficult to confess openly and straightforwardly. As Francois de la Rochefoucauld vividly put it: “We can often be vain of our passions, even the guiltiest ones; but envy is so sneaking and shameful that we never dare confess it.” (Maxims) Even though it may be not framed in moral terms for everybody, feeling and expressing envy is still stigmatized and seen as a social taboo. And yet, feeling and acting on envy is as widespread as ever, as the popularity of novels, self-help books, and editorials that deal with the topic shows. This is unsurprising: class inequality has not only not disappeared, but it has possibly increased in some affluent societies, like the United States. Furthermore, there will always be scarcity of some goods, such as honor and “coolness,” and hence competition for them, and envy for those who succeed in securing them.
Envy thus has an important positive signaling value: it reveals to us what we care about, what we feel we lack, and what we are prepared to do to get it. But is it otherwise always bad? In my work I argue that while envy undoubtedly shows a dark side of human nature—our tendency to covet the possessions and talents of our neighbors, cast an evil eye on them, and rejoice of their misfortune—it also presents a more luminous one: our tendency to work hard in order to reach and surpass those neighbors, and strive for excellence.
Furthermore, I don’t believe that envy necessarily involves hostility and aggression toward the envied. Social psychologists and philosophers are divided about whether a non-malicious emotion can be appropriately categorized as envy. I defend the view that what I call “emulative envy”, while being a kind of envy proper, is neither morally nor prudentially bad. In my next post I am going to describe what this emotion looks like. In the mean time, what do you think about this: is envy always malicious? Have you ever felt a “benign” kind of envy?

Beck, A. 1999, Prisoners of hate: The cognitive basis of anger, hostility, and violence, New York: HarperCollins.