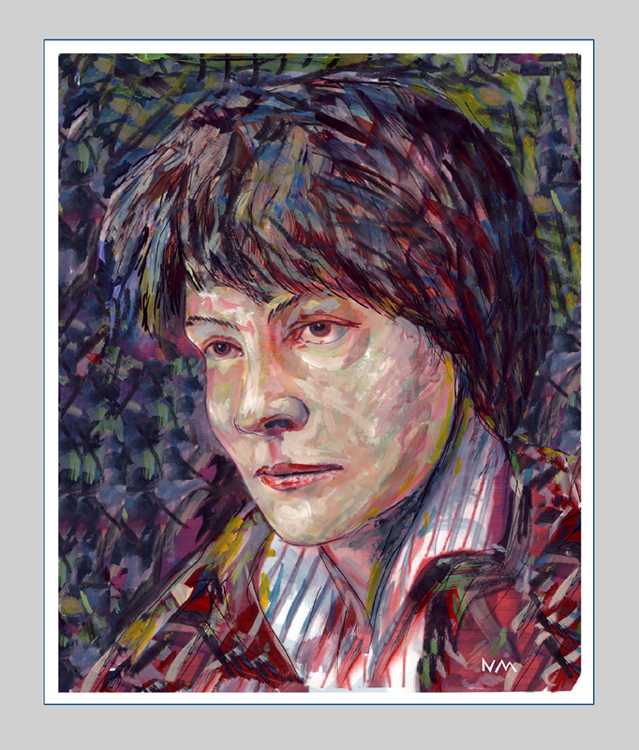 “Literature” wrote Iris Murdoch, “is an education in how to picture and understand human situations.” This year marks 100 years since her birth; presenting an opportunity to reflect upon her unique philosophical perspective and the things it can still teach us. She published over 25 novels, but also made a significant contribution to moral philosophy, arguing for a kind of paradigm shift in the way the subject is understood and treated by philosophers.

One of the outcomes of her view on morality is that it bears a much closer relationship to art and literature than most philosophers would dream of affording it. But literature does not, for Murdoch, have a moral function in any straightforward sense which might be suggested by the notion of its bearing a kind of moral message – suggested, for instance, by the familiar phrase “the moral of the story.”

The moral dimension of literature is tied, rather, to Murdoch’s sharp critique of the commonly accepted view of the goals and methods of moral philosophy of her own day – tied, as they had become, to those of science – an orthodoxy which retains significant influence in contemporary moral philosophy.

Murdoch did not try to work out a system of ethics. Her critique questions the view of moral philosophy in which an absolute universal and objective ethical perspective is sought and in which the central concern of moral philosophy is the action of the individual moral agent in a moment of decision made against a background of facts. Murdoch thought that the sphere of the moral was broader and deeper than this traditional picture suggests.

She was particularly critical of the behaviorist model of the human being in which anything other than observable behavior is philosophically unintelligible. The behaviorist view is roughly that we cannot know anything about others except what we can see in their behaviors or actions, we therefore cannot attribute complex inner mental states to them, or at least we cannot talk about such states – rendering the “inner life” epistemically and philosophically off limits.

Murdoch thought this was a reductive and unrealistic picture of the human being and she advocated for a re-emergence of the “inner life” as a potent and central part of any adequate understanding of the moral dimension of life, and therefore of our understanding of ethics. This meant for Murdoch that many more concepts than just the usual suspects of moral evaluation, such as ‘right’ and ‘wrong’ or ‘good’ and ‘bad’ have important moral dimensions; concepts for instance with which we judge others or reflect upon our own experience, like grief, sentimentality, wonder, admiration, pity, love, or humor can also be understood as important ethical concepts.

Bernard Williams applied the descriptive designation ‘thin’ moral concepts for those which are empty or general – like “good” or “right” and “bad” or “wrong.” He applied the term ‘thick’ to moral concepts which are more descriptive, and which usually require moral evaluation that considers individuals and contexts that don’t operate at the same level of generality. Such concepts are important ‘secondary moral words,’ and yet more generalized formulations of moral philosophy will tend not to recognize them as moral concepts at all because of their relation to the particular characteristics of individuals and contexts.

Murdoch thought the moral work was done at precisely the level of these kinds of concepts; it was not to be found in isolated decisions in particular moments, but in the work of attention, sustained by one’s efforts to see things with clarity and justice. The aim was to shake off, as far as possible, what she called ‘the fat relentless ego’ which could cloud our vision and hamper the moral effort.

In an essay called The Idea of Perfection Murdoch gives a famous example of a mother-in-law (M) making an effort to change her view of her daughter-in-law (D) whom she does not like, and has a tendency to see in an uncharitable light. Of the kind of effort M must employ, Murdoch says: “Innumerable novels contain accounts of what such struggles are like.”

The concept of moral progress is of vital importance to Murdoch – her view is not that morality consists in arriving, in full possession of all the relevant facts and theories, at the right decision in a moment of choice, but that there is an ongoing process of engagement that one enters into, which is a process of coming to better understand things by the quality of one’s attention.

In the example of M and D, M makes an effort to see D in a better light, by getting beyond her own biases she tries to see D for who she is – and for Murdoch this kind of effort of attention is moral progress, because M is trying to see D in a just and loving way. Because of this, the nature of the moral task is endless. That is, morality does not begin nor end with a decision or action, but is a sustained effort in one’s life and one’s outlook. As Murdoch says: “Moral tasks are characteristically endless not only because ‘within’, as it were, a given concept our efforts are imperfect, but also because as we move and as we look our concepts themselves are changing.”

As such, Iris Murdoch’s work centralizes the notion of ‘attention’ as a moral concept, and argues for the importance of the ‘inner life’ to morality, suggesting that the locus of morality is not the moment of choice, but the reflective attitude one takes to the situations and people around us. The work of attention, she says “builds up structures of value round about us, [so that] at crucial moments of choice most of the business of choosing is already over.”

Attention, here, is not a matter of what will be illuminated by finding out more accurate information. It involves ‘being present to’ what one sees in a way that implicates oneself in the activity of seeing and thereby implies an activity in oneself – where I am morally ‘at issue’ in the way I apprehend the world and in the spirit in which I see others and myself.

In her essay Vision and Choice in Morality Murdoch suggests that:

When we apprehend and assess other people we do not consider only their solutions to specifiable practical problems, we consider something more elusive which may be called their total vision of life as shown in their mode of speech or silence, their choice of words, their assessments of others, their conception of their own lives, what they think funny…”

Yet many of the things listed here would not usually come into the sphere of what most moral philosophers would count as moral at all. Murdoch is suggesting that many of the concepts with which we think of people and of various aspects of life, which are not usually considered as having to do with morality, are in fact related in various ways to the moral life.

If we take this seriously, and want to reflect on what Murdoch calls the ‘total vision of life’ as morally active, then literature is one tool we have to do that with – again a tool which is not ordinarily thought of as part of the moral philosopher’s toolkit.

A moral interest in literature can help the work of attention because it gives us access to a vast reservoir of learning, thinking, and evaluating human situations and human lives; because literature involves imaginative effort and because works of literature can provide a form and a context in which to navigate the moral possibilities of concepts like wonder, admiration, pity, love, and humor.