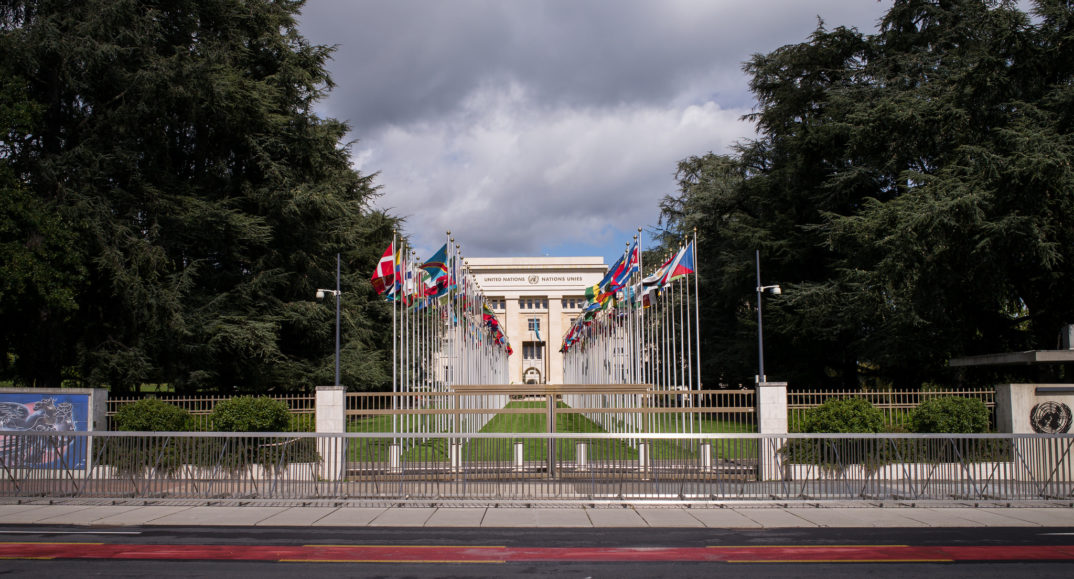 In an age of red-eye flights and the ability to communicate digitally across thousands of miles, the world has never felt so small and interconnected. Despite this, the governments of countries across the world remain relatively segregated in regards to policies concerning citizenship and human rights. These issues were discussed at large during the 37th session of the UN Human Rights Council, which took place on March 6 in the Palais des Nations. During the session, many different methods for improving human rights worldwide were discussed, including the concept of Global Citizenship Education. The movement for global citizenship counters the concept of isolationism and advocates for a set of moral standards to apply a global society. Though global citizenship sounds relatively straightforward, the movement is often steeped in questions of justice and national self-determination.

The United Nations Educational, Scientific and Cultural Organization (UNESCO) Program for Global Citizenship Education aims to improve human rights worldwide “by empowering learners of all ages to understand that these are global, not local issues and to become active promoters of more peaceful, tolerant, inclusive, secure and sustainable societies.” But does the call for global citizens risk the erasure of national identity? Are the standards set for development always just? And does the initiative for global citizenship encourage a 21st century “white man’s burden” mentality?

The term global citizen refers to “someone who is aware of and understands the wider world – and their place in it.” Though the concept of global citizenship is not necessarily new, the organized global citizen movement began less than 10 years ago. The organization Global Citizen was founded in 2011 with the mission of empowering individuals and communities to make an impact worldwide on a variety of human rights issues. Though one of Global Citizen’s largest goals is to eradicate extreme poverty, the organization also works toward securing gender equity, environmental health, and civil rights.

Global Citizen takes steps to empower people at the local level, but is there a danger in redefining certain issues as inherently global? There have been ardent critics of this concept of the sentiments of global citizenship, such as British Prime Minister Theresa May and President Donald Trump. In a speech delivered in October of 2016, May expressed her discontent with the attitude of global elites. She commented, “Today, too many people in positions of power behave as though they have more in common with international elites than with the people down the road, the people they employ, the people they pass on the street.” It’s obvious that May feels that globalization has erased local and national connections. She continued with a more controversial statement, declaring that “If you believe you are a citizen of the world, you are a citizen of nowhere.” Only a few months after May’s comments, Donald Trump expressed a similar sentiment. He proclaimed, “There is no global anthem. No global currency. No certificate of global citizenship,” in a speech given during his presidential victory tour. Trump appealed to the isolationist values of his supporters, promising that “Never anyone [sic] again will any other interests come before the interest of the American people.” For these politicians, and their supporters, global citizenship means abandoning national identity.

Though May and Trump’s comments were blasted as ignorant, uncompassionate, and even sympathetic to fascist values, whether or not one can ethically reconcile nationalism and globalism remains largely unanswered. In an article titled “Global Citizens vs the People,” Jim Butcher of online political magazine Spiked explains how global citizenship does not only contradict conservative ideology, but liberal populist ideology as well. Butcher argues that global citizenship does not necessarily mean renouncing nationalist sentiments, but he notes that global citizenship runs the risk of “seeking respite from democracy” and can in fact be “a way of avoiding having to address the political views and arguments of your fellow citizens.”

Prominent post-development scholars, such as Wolfgang Sachs, have argued that because development standards often include assimilation to Western lifestyle, “it is not the failure of development which has to be feared but its success.” It is undeniable that development standards are often set and enforced by the Western world, with Western countries holding the majority of power in prominent global organizations working toward development, such as the United Nations and the World Bank. A paper funded by The National Bureau of Economic Research’s Economics of National Security program found that since the UN’s inception, there has been an unwavering power bias in the secretariat in favor of Western countries. Though the UN maintains its mission is to keep peace throughout the world, one could argue that such an imbalance in institutional power is obstructive to this mission and actually reflects the continuation of geographical and racial inequalities spurred by the history of Western imperialism.

However, many supporters of globalization argue that the concrete effects of globalism justify its problematic ideological implications. The United Nations was single-handedly responsible for the eradication of smallpox, with its initiative in the 1960’s and 70’s through the World Health Organization. The UN also touts a variety of achievements through partner organizations like UNICEF, which, between 1990 and 2015, reportedly saved the lives of over 90 million children. The World Bank, an organization working to end worldwide poverty that also grew out of globalization, is responsible for providing essential health services to over 600 million people and providing 72 million with better access to clean water. These achievements are undeniably significant, and would not be possible without a unified effort and collection of people advocating for positive globalization.

Though the struggle for human rights and global economic equality has improved, the problems made apparent by globalization are nowhere close to disappearing. A world of global citizens might just be the solution that marks the 21st century as the century that eradicates extreme poverty and radically improves justice and equality. However, the effects of increasing the global stake in these issues will not be easy to backtrack if such initiatives are unsuccessful or have unintended consequences. We should not underestimate the potential of the global citizen movement to encourage a “developed man’s burden” outlook if it fails to encourage critical and ethical examinations of its followers.