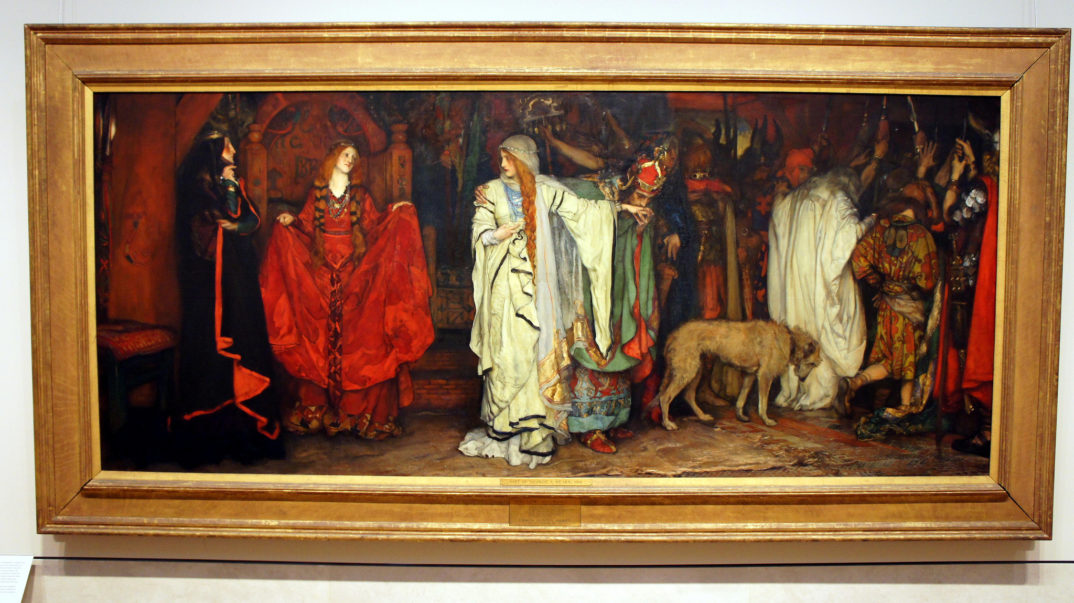 Following on the heels of her 2018 Tony award for her role in the revival of Edward Albee’s Three Tall Women, Glenda Jackson is set to reprise her portrayal of the title role in King Lear when it comes to Broadway next season. Lear’s extreme emotional range has led many to consider the role to be one of Shakespeare’s most difficult characters to portray, but Jackson’s embodiment of the mad king in Deborah Warner’s 2016 production at London’s Old Vic was hailed by audiences and critics alike as an artistic and cultural success. Undoubtedly, Jackson’s talent will once again have an opportunity to shine in New York, but this example of gender-blind casting (Jackson did not play “Queen” Lear) offers an interesting suggestion for addressing a problem within the world of entertainment — one that Miranda Fricker called “hermeneutical marginalization.”

In her 2007 book Epistemic Injustice: Power and the Ethics of Knowing, Fricker outlined various ways that an individual might be wronged when they face a disadvantage to accessing or sharing knowledge that others can access freely. Some kinds of epistemic injustice are preceded by what Fricker called hermeneutical marginalization, which are particularly evident in the case of marginalized groups, whose reports of mistreatment, for example, might be ignored or minimized by audiences with greater social power. This concept, as explained by Dr. Emily McWilliams on the Examining Ethics podcast, is what happens “when members of non-dominant groups don’t get to fully participate in the process of meaning-making as we develop our shared pool of concepts through which we communicate.”

Many examples of attempts towards this sort of marginalization can be found in wide-spread responses to recent productions of shows like Hamilton, comic books like Thor and Spider-Man, and movies like Star Wars, Ocean’s Eight and the 2016 reboot of Ghostbusters. When John Boyega was named as a primary cast member of the then-unreleased Star Wars VII: The Force Awakens in 2015, white supremacists called for a boycott of the franchise on the grounds that it should be “kept white.” Donald Glover endured similarly racist criticisms after he was proposed as a possible choice to take over the role of Spider-Man in 2012, as has the cast of Lin-Manuel Miranda’s award-winning Broadway show Hamilton for its re-envisioning of the American founders. When Marvel Comics recast the character of Jane Foster as the new Thor in 2014, detractors criticized the move as “politically correct bullsh**,” a complaint also suffered by the rebooted Oceans Eight and Ghostbusters projects. The upcoming season of the BBC’s Doctor Who that will premiere later this year with Jodie Whittaker at the helm of the T.A.R.D.I.S. faced the same criticism. In particular, the 2016 Ghostbusters film withstood an organized campaign of sexist attacks that was specifically designed to damage the movie’s profitability, even before the film was actually released. In each case, the attempt to remove these criticized women and people of color from the meaning-making process of big-budget storytelling means that they have been likewise victimized by Fricker’s hermeneutical marginalization.

And while endeavors like the Time’s Up campaign and the #MeToo movement have offered opportunities to spread awareness and aid to victims of such marginalization, it seems unlikely that gender-bending reboots hold much promise for changing the landscape of American culture — in fact, as Alexandra Petri has argued, they may actually contribute to the problem of “the male experience being taken as a proxy for the human experience.” Instead of intentional gender-bending, perhaps Glenda Jackson’s gender-blind casting may offer an opportunity to provoke a more widespread “mooreeffoc” moment in the minds of an audience.

Coined by Charles Dickens as reported in his biography by G.K. Chesterton, “mooreeffoc” refers to the sign on the windowed door of a coffee room, read backwards from the inside, to indicate the sudden re-appreciation of something previously taken for granted. Much like how someone might at first be confused, then suddenly pleased to realize that they now understand something obvious in a new light (as when realizing that you can, in fact, read an at-first-confusing sign), the mooreeffoc moment comes uncontrollably when one recovers a “freshness of vision” (to quote J.R.R. Tolkien’s description of the effect) about something previously considered trite.

This is what is needed for representation in Hollywood and beyond: not simply more diverse roles and casts (although that is certainly crucial), but the proper appreciation of those casts on the part of the public at large. Though Fricker promoted a “virtue of hermeneutical justice” wherein sensitivity to “some sort of gap in the collective hermeneutical resources” might function to offset or even prevent the harms done by hermeneutical injustices like marginalization, gender-bending casting decisions do not seem to serve such a purpose. Unfortunately, dominant groups — members of which would do well to reconsider their marginalizing attitudes and actions – will likely continue to raise questions (however unfounded) of political intentions and suspicious concerns over subversive messaging surrounding these roles. Indeed, gender-bending productions may currently be too charged to promote reflective considerations that could precipitate a mooreeffoc.

Yet gender-blind casting might bypass such accusations entirely with its firm foundation on simple actorial merit. Although many may not realize it, gender or race-blind casting has led to some of the more memorable roles in cinematic history, such as Morgan Freeman’s portrayal of Red in The Shawshank Redemption and Sigourney Weaver’s depiction of Ellen Ripley in the Alien franchise. Certainly, if diverse representation is to truly become more common in Western entertainment, then even resistant audiences must come to have a freshness of vision about the possibilities for the depiction of fictional characters (and, by extension, individuals in general). Particularly in light of research that indicates the empathy-promoting power of literature and immersive storytelling, proving to suspicious members of dominant social groups that members of marginalized groups perform perfectly well in the same roles might offer the very wedge needed to provoke a mooreeffoc moment. If gender-blind-casting could bring about this effect even if only for a time — therefore offering an alternative pathway to promote a more equitable entertainment industry — then it seems like it would be worth considering more frequently.