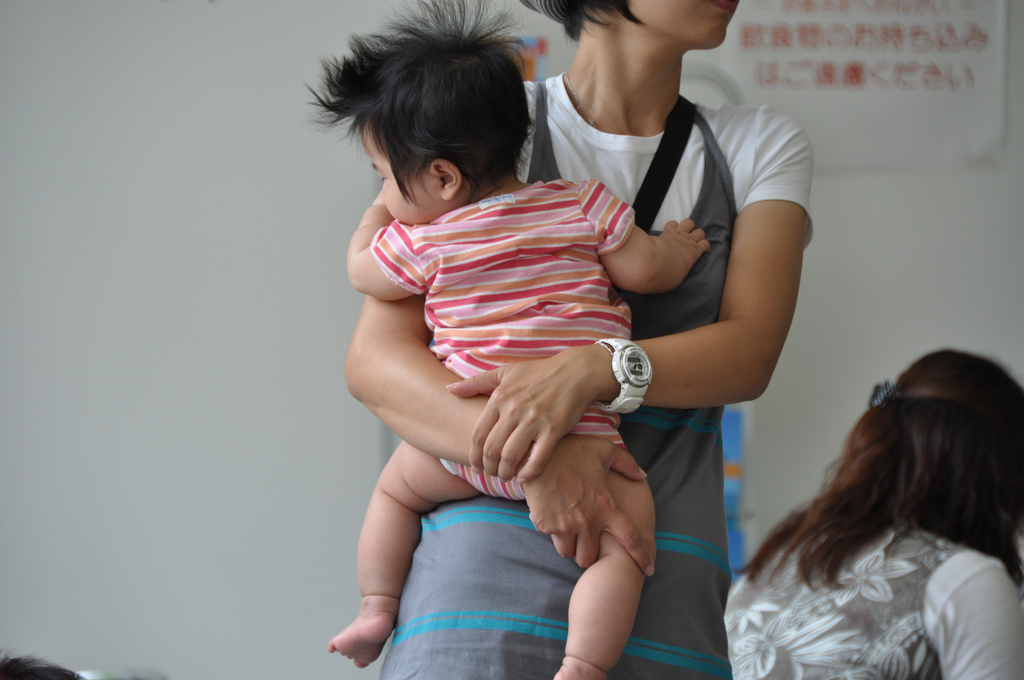 Having a child is one of the most impactful decisions a person will make in their life. And yet, this decision affects women much more than it does men. From the physical act of birthing a child to the thousand daily needs encountered in a day, women frequently inhabit what Mary Mellor has called ”biological time”. ”Biological time” is distinct from remunerative, capitalist time in that it includes all the work that is necessary for the maintenance and flourishing of human life, from giving birth and palliative care, to feeding, clothing, providing emotional reassurance, interpersonal interaction, education, laundry, specialist appointments and play dates, birthdays and leisure activities, and health care. This means that women, far from possessing leisure time, have traditionally created it for men by taking care of the innumerable necessities of daily life, including child rearing.

In 2018, it seems strange that we still face a gendered division of labour that was first rationalized in Aristotle’s Politics. Aristotle justified a labour division which grouped women (and slaves) as domestic workers – an arrangement he found reasonable in order to free up the male household head for self-development and the presumably nobler activities of studying philosophy and city governance.

Some strides have been made to close the gender gap in household tasks and caregiving. While the gaps have narrowed somewhat, they are far from closed. Men typically receive adulation and support for the parenting and adulthood tasks which they complete. A man taking his children grocery shopping will likely be perceived by bystanders as a swoon-worthy superhero, while a mother doing the same thing is more likely to be scrutinized. This unfair standard follows women into the workplace, where men who leave early to take care of family members are seen as responsible individuals, but women struggle to be seen as competent and professionally motivated when they do the same thing. White men who have children earn a fatherhood bonus, while women who have children earn 20 percent less in the long-term.

The design of the work week itself is not open to those who are responsible for giving care. Instead, the structure of contemporary labour presupposes a gendered division of labour whereby the worker is freed to devote eight or more consecutive hours daily without interruptions or crises from home. While economists have already critiqued the 40-hour work week, with evidence showing higher productivity and well-being among workers for less and more flexible work hours, companies are slow to follow the evidence. Even in businesses which have implemented these policies, women may avoid taking advantage of proffered flexibility to forestall being judged as “uncommitted”. On-site child-care remains a pipe dream for most professions. Even among Fortune 100 companies, which typically have generous terms towards its employees, only seventeen offer daycare.

Loss of leisure, earnings, workplace respect, and career opportunities are not the only penalties women face in virtue of having a reproductive body. Women bear intimate scrutiny, politicization, policing and even bans for actions regarding all their choices – from contraception to breastfeeding, while condoms, Viagra, and even public urination are taken for granted as essential.

Given these challenges, it is hardly shocking to surmise why young women are choosing to have fewer or no children. Young women realize that the idea that women can ”have it all” remains a cruel joke, and it seems they are responding with pragmatism to harsh facts.

But just as was the case with capitalism’s role in shifting gender roles (though in many cases by increasing women’s work rather than transforming it), we may be headed toward another shift. The post-recession economic challenges Millennial women face may place the zero-sum competition between career and family in a much starker light, to the degree that many are embracing their professional and leisure capacities fully to the point of declining parenthood.

It is clear that women, as individuals, are responding in creative and complex ways to competing social structures that combine to exclude them from ”having it all”. Women are negotiating their limited opportunities to make the best of their singular lives. Nonetheless, the struggles that they face reveal a society where lack of gender parity runs much deeper than numbers. When we look at women’s meager options, they reveal how the structure of late capitalism, imbued with patriarchal assumptions, has made absolutely no provision or priority for caring and the culturing of humans. Women are aware that they subsidize not only career and leisure opportunities for their partners, but also subsume the costs of producing workers, citizens and leaders of society as a whole. It is our collective responsibility to address the lingering absence of care in our economic and social structures that have so marginalized women from full participation in remunerative and political life, separated men from the responsibilities and the humanity of caring labour, and left our social structures and institutions so alienated from the needs of the human spirit.