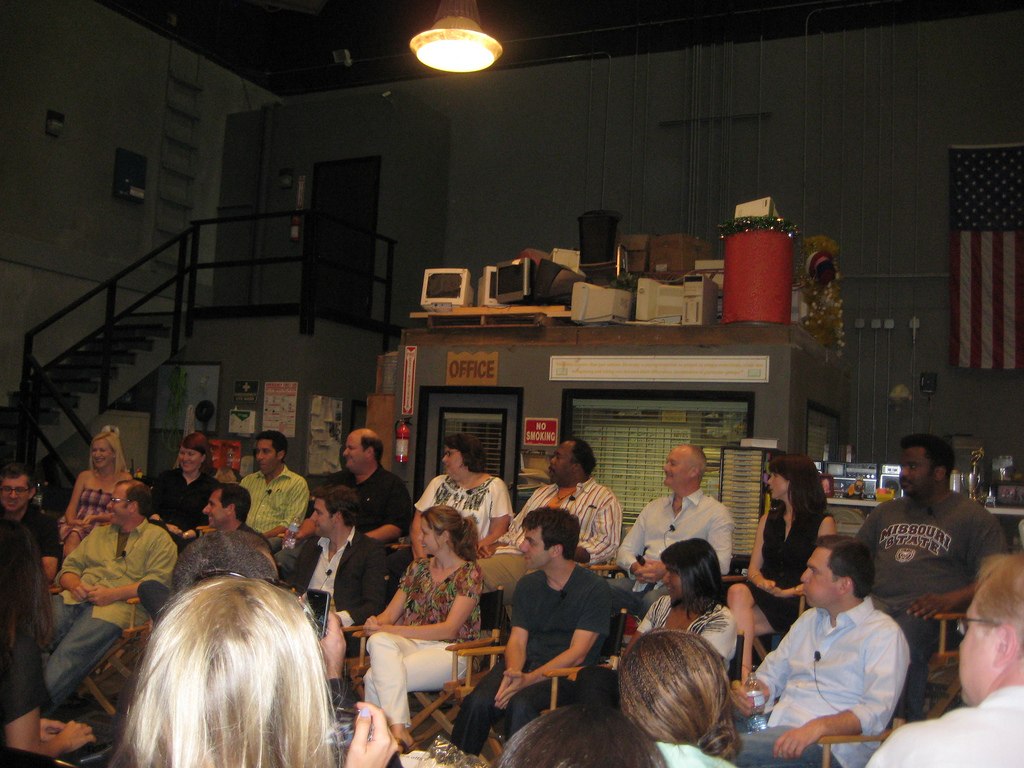 Before I start, I have a disclosure to make: I am a huge comedy fan; stand-up, sketch comedy, sitcoms, dry humor, dark humor, you name it and I’ll probably watch it. In high school I would stay in most Saturday nights waiting for the newest episode of Saturday Night Live, and I became so intrigued by the way the show was simultaneously political and funny. However, SNL was very blatant about their liberal political views, while I noticed other shows were not. Other shows like, Portlandia, seemed more invested in providing social commentary through sketch comedy.

Moreover, comedy is often used to make critiques of our social world, and comedy writers play around with various forms of comedic critique. Shows like The Daily Show with Trevor Noah rely on witty jokes with emphasized punch lines, while shows like SNL use exaggeration, imitation, and parody. Nevertheless, both of these shows, and many other shows containing political and social commentary, utilize satire to convey their critique (they might also be how you prefer to intake current events). Satire can be defined as humor that utilizes exaggeration, ridicule, and irony to expose someone’s flaws and shortcomings. Satire is meant to criticize and convey an opinion; however, it is important to analyze whether writers are able to convey their messages clearly, even when these messages are conveyed through irony or exaggeration.

While seemingly unrelated to ethical issues, satire and comedy have epistemic power. Since society often learns through media, and comedy is a kind of media many intake on a daily basis, comedy has the power to influence knowledge about a particular topic or society at large. This is particularly poignant considering satirical comedy promotes a particular perspective. When I started watching SNL, I was not fully aware how excitedly I internalized many of the political opinions conveyed through cold open skits, where politicians were freely questioned, imitated and made fun of. This reflexivity led me to ask, what could be the risks of consuming satire simply for its face value, its ability to make people laugh? Can a comedy show be considered harmful, when a satirical critique is not legible or understood by everyone? As I began to develop a critical lens, I realized that I did not always understand certain references, or know exactly why I was laughing. Other times, I understood how brilliant seemingly nonsensical comedy could be.

I became inspired to ask these questions after watching the episode “Diversity Day” from The Office. “Diversity Day” is the second episode of the first season of The Office, and a salient portrayal of satirical comedy. In the episode, Dunder Mifflin corporate headquarters calls in a diversity training specialist after Michael Scott, the office manager, recreates a Chris Rock stand up act. While Michael does not see a problem with his imitation, his actions make the entire office very uncomfortable. At one point, Michael decides to lead Diversity Day by making everyone put a notecard with a particular racial or ethnic group written on it on their foreheads. His game consists of having people guess what group is written on their notecards by talking to others who are supposed to give them clues of who they are. Michael goes on to promote the use of problematic stereotypes as clues and eggs people to “stir the pot.”

This episode can easily be called controversial and problematic by many; however, writing off the social critique within the episode as simply “problematic” might mean missing some of what the writers hid in irony and exaggeration. One could argue that the writers utilized exaggeration to convey the problematic and hurtful nature of racial tropes and stereotypes. As Michael promotes “stirring the pot” it becomes evident that even those who do not mean to be insensitive are fully aware of how to be so. The overtly problematic content is mean to shock viewers into acknowledging how hurtful these common assumptions are, because the writers purposefully make Michael appear misinformed and ignorant. Additionally, one can see how Michael’s intent of “stirring the pot” might point to society’s need to talk about race in blunt and honest ways, instead of pretending no one knows what prejudice looks and sounds like.  Nevertheless, viewers are meant to understand that at the end of the day, Michael’s way of going about this conversation is not nuanced, sensitive, or productive.

Some might not understand this use of satire and choose to dismiss the show as problematic; however, what might be worse is an audience that laughs at Michael’s racially insensitive jokes and does not consider them hurtful and disgusting. This is where the danger of satire lies: when a show like The Office purposefully uses stereotypes as a form of exaggeration meant to highlight normative opinions, it is not a guarantee that everyone will “get it.” Viewers might watch “Diversity Day” and impersonate Michael impersonating Indian people. Jokes meant to convey a point, jokes that are not meant to be repeated, might become popular shared knowledge and the punch line of many conversations.

As I watched “Diversity Day,” I acknowledged that this episode might be very irresponsible. While I could see what the writers had sought out to do, I also realize that my understanding of racism and power combined with my interest in comedy put me in a particularly advantageous position. I know I am among those most likely to “get it.” Sadly, I am not too confident about the magnitude of that group. My background facilitates my understanding of the episode, something not everyone can rely on when watching comedy shows. I began to wonder, is it ethical to utilize hard-to-understand satire when discussing topics related to power? Does the epistemic harm that this representation might cause outweigh the benefits?

It is imperative to remember that comedy shows are a form of media, and one might consider media a form of speech. Arguably, then, a creator’s or artist’s ability to express their speech freely through comedic portrayals is a constitutional right. However, what is legally permissible is not always what is most ethical. Additionally, one could say that paying too much attention to the possible harms of any given satirical show could result in over policing of speech. Nevertheless, writers must assess the possible impact their shows might have on audiences. As epistemic influencers, they are responsible for asking, does this have the potential to do more harm than good? The answer to that question has the potential to influence the next Netflix pick.