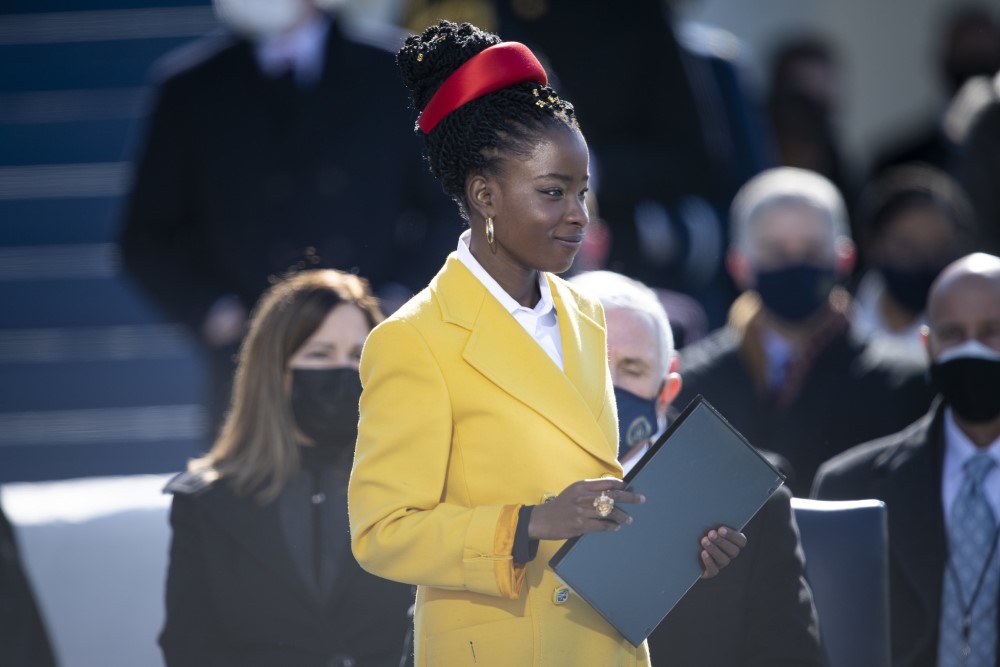 Twenty-two-year-old Amanda Gorman achieved literary stardom when she recited “The Hill We Climb,” a moving and optimistic reflection on American identity at the 2020 presidential inauguration. Meulenhoff, a Dutch publishing house keen on taking advantage Gorman’s popularity, announced in March of 2021 that Marieke Lucas Rijneveld, a non-binary Booker Prize-winning novelist, would be translating the poem into Dutch with Gorman’s approval. Though translators seldom make headlines, the choice sparked outrage, and Rijneveld stepped down from the role three days after the initial announcement. Many criticized the choice of a white translator when, as journalist Janice Duel pointed out, there were dozens of Black Dutch poets and writers who could have been selected for the job. These overlooked candidates are, in Duel’s words, “spoken-word artist[s], young, female and unapologetically Black,” just like Gorman. This debate over who should be allowed to translate what reveals the philosophical underpinnings of translation and the moral conundrums translators often face.

Translator Mark Polizzotti explains in Sympathy for the Traitor: A Translation Manifesto, there are basically two schools of thought when it comes to what makes a “good” translation. The first holds that translators have a responsibility to retain the linguistic and emotional texture of the original work, however unpalatable that might be to their target audience. One should shoot for accuracy over clarity. The second school holds that translations, like all literary works, should be enjoyable (or at least possible) to read, so it’s acceptable to play with the source material for the sake of legibility. Susan Sontag remarked that translation is inherently “an ethical task, and one that mirrors and duplicates the role of literature itself, which is to extend our sympathies . . . to secure and deepen the awareness (with all its consequences) that other people, people different from us, really do exist.” Every choice a translator makes, no matter how granular, works towards that awareness, but translators must decide whether they want their audiences to be aware of the similarities or the differences between their culture and the one being translated.

One example demonstrates the difficulties both approaches run up against, and reminds us that even static and “safe” ancient texts can easily lead the unwary translator into a minefield. In Homer’s epic poem The Iliad, the hair of the Greek hero Achilles is described as xanthos, translated as “yellow” by 19th-century poet Samuel Butler. But as Tim Whitmarsh, a professor of classical studies at Cambridge explains, there is a wide gap between how we write about color and how the Greeks wrote about color. Words that we take to indicate color rarely denote a single shade of original Greek; such words can imply movement, texture, depth, and even emotion. Achilles may be blonde, but xanthos can also denote a muddy brown. In the 20th-century Fagles translation of The Iliad, “yellow” becomes “fiery,” a very different word that gestures towards the Achilles’ famously irritable temperament as well as hue. Whitmarsh asks, “Behind this apparently simple question – how do we translate a single word from Greek into English – lies a huge debate, both philosophical and physiological, that has exercised scholars for more than a century: do different cultures perceive and articulate colours in different ways?” On the one hand, translators have to pay attention to these implications; there’s something unethical at worst and lazy at best about misrepresenting or flattening a different culture to make it more palatable to modern readers, but as many translators point out, too much strangeness puts us off. If Achilles’ hair was described as “fiery-muddy-gold,” we might be taken out of the story for a moment, but we lose all those expressive connotations of xanthos with “yellow.”

Translating, like writing, can never be neutral, regardless of what school you side with. In an essay responding to the Gorman controversy, Mridula Nath Chakraborty argues that translators have historically enabled the machinations of imperialism and colonialism, eliding or mangling cultural differences in service of domination. At the same time, Chakraborty reminds us that it is

“the essential element of unknowingness that animates the translator’s curiosity and challenges her intellectual mettle and ethical responsibility. Even when translators hail from—or belong to—the same culture as the original author, the art relies on the oppositional traction of difference . . . The act and the art of translation requires the permission to transcend borders, the permission to make mistakes, and the permission to be repeated, by anyone who feels the tempestuous tug, and the clarion call, of the unfamiliar.”

Both Sontag and Chakraborty agree that translation thrives on cultural difference, so how can we commit to social and political equality without losing that essential friction?

It may be impossible to strike a perfect balance. The American Literary Translators Association (ALTA) released an illuminating statement on the Gorman incident, saying,

“The question of whether identity should be the deciding factor in who is allowed to translate whom is a false framing of the issues at play. ALTA believes that if translators felt authorized to translate only those with whom they share an identity, it would be damaging to literary translation as a practice and as a profession.”

The real problem, the ATLA put forth, is the dearth of Black translators, who make up a small fraction of any already minuscule community; given structural inequalities that prevent people of color from accessing resources and career opportunities, it’s inevitable that non-white translators will be rare. Furthermore, there’s room for doubt over how desirable a perfect match would be, and Chakraborty’s point about intercultural differences is especially salient here. While people of color from different nations are subjected to many of the same structural oppressions, it’s shallow to assume that they share an identical outlook by virtue of their skin color, that the experience of being Black in the Netherlands is perfectly comparable to being Black in America. Trying to find a translator that aligns perfectly along demographic lines with the original author is as quixotic as the quest for an objectively “perfect translation,” in other words.

Writer and translator Chris Fenwick commented that “The moral panic over these Amanda Gorman translations in part originates in a blindness to the transactional nature of translation. Someone is being paid to do a job, and a publisher has to decide who they give money to and whose career they potentially promote. It’s not about who has the right to translate whom.” In other words, white Dutch writers can still translate Gorman if they wish, they just won’t receive professional recognition for it. And although white translators may find it harder to get work translating non-white authors in the future, Fenwick questions whether such “commissions are central to anyone’s livelihood. Most literary translators already have to do non-literary work.” Most working in the field are academics or writers who publish original work and take up translation as a side gig, so denying one translator hardly condemns them to poverty.

The negative backlash Rijneveld faced over their decision to step down demonstrates a deeply ingrained discomfort with race, as well as a general ignorance of the logistics of translation. Though it may be impossible to find an ideal translator for any given work (and as Chakraborty suggests, such an ideal is as unproductive as it is unachievable), this incident cast light on an oft-neglected corner of the publishing world, and reminds us that all parts of the literary sphere have more work to do when it comes to structural inequality.