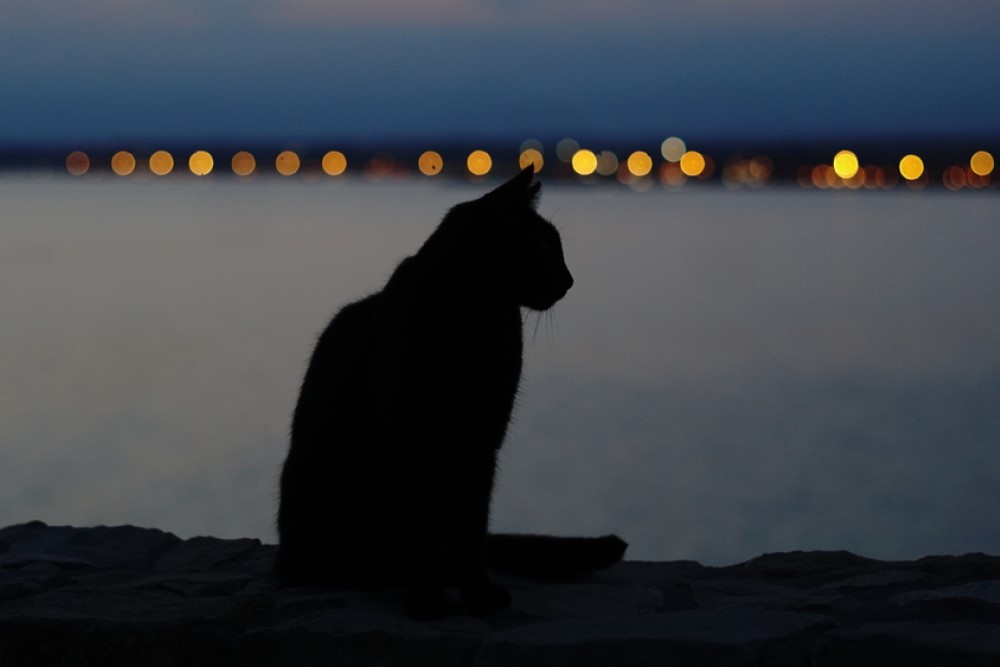 Starting in April 2022, the city of Knox, Australia, will impose a ‘cat curfew’ requiring pet cats to be kept on their owners’ premises at all times. The curfew has sparked a great deal of controversy, with many cat owners not only arguing that it’s perfectly acceptable to let their cats roam freely, but that it’s morally wrong to force them to remain indoors.

In order to properly analyze this issue, it’s important to understand why the Knox City Council has resorted to such extreme measures. On average, a well-fed free-roaming domestic cat will kill around 75 animals per year. As a result, pet cats are responsible for the deaths of around 200 million native Australian animals annually. But that’s only the tip of the iceberg. The refusal of negligent cat owners to spay or neuter their pets has led to an explosion of the feral cat population (currently estimated to be somewhere between 2.1 million and 6.3 million) in Australia. A feral cat predates at a much higher rate than a domestic cat, killing around 740 animals per year. Because of this, feral cats are responsible for the deaths of an additional 1.4 billion native Australian animals annually.

Many may look at these numbers and see little to complain about. Animals kill other animals – it’s the circle of life. But it’s not that straight-forward. Despite their enormous importance as companions and family members, the sad truth is that in Australia – as in many countries – cats are a major invasive species. As a result, cats have already been directly responsible for the extinction of 25 species of mammal found only in Australia. This accounts for more than two-thirds of all Australian mammal extinctions over the past 200 years. Cats are currently identified as a further threat to an additional 74 species of mammals, 40 birds, 21 reptiles and four amphibians.

Australia is currently pursuing a number of strategies to control the feral cat population. But this will largely be for naught if the contributions of domestic cats are not also addressed. And this is precisely what Knox’s curfew seeks to do. But is it morally wrong to keep our cats indoors? One way to answer this question is through a simple cost/benefit analysis – what is often referred to as ‘consequentialism’ by philosophers.

So how does a cat curfew stack up on a consequentialist analysis? At bottom, the point of this policy is to (1) reduce the number of native animals being killed by domestic cats, and (2) stem the flow of feral cats resulting from the free-roaming recreational activities of unspayed and unneutered domestic cats. The results of doing this include not only the protection of individual native animals, but the preservation of entire species. And there are further benefits outside conservation. The curfew will also curb other undesirable behaviors like spraying, fighting, and property damage, and limit the spread of a number of parasites that can infect many mammals (including humans) but that are only spread by cats.

A consequentialist argument for the curfew would need to show that these benefits outweigh the costs to those cats that are now forced to stay indoors. Given the above considerations, there are compelling reasons to think that this might be the case. But these reasons can be made even stronger when we realize that the costs to cats are nowhere near as great as we think.

Free-roaming cats are vulnerable to all kinds of risks, including everything from getting hit by a car, to feline leukemia, to wild animal attacks. As a result, the life expectancy of an outdoor cat is only 2-5 years, while indoor cats live for an average of 10-15 years. Given this, we might argue that even if forcing a cat to stay indoors does reduce its quality of life, this may be made up for by the fact that it gets to experience far more of it. But there’s little evidence to even suggest that such a reduction in quality-of-life does occur. While it might be easier for an owner to keep a cat enriched by allowing it outside, experts state that it’s still possible for a cat to be just as happy indoors without all of the associated risks of a free-roaming life. What is required is careful, attentive pet-ownership with a focus on providing indoor enrichment. If this is done, then the benefits of a cat curfew can be achieved at no cost whatsoever to the cats being forced to stay home.

Nevertheless, the consequentialist analysis isn’t the only approach we might take. There are, in fact, a number of scenarios in which it might lead us to unsavory conclusions – like justifying animal testing where doing so would lead to the development of a drug that would save millions of lives. An alternative approach can be found by focusing on the rights of the animals in question, and refusing to violate those rights regardless of what kinds of benefits might be achieved by doing so. What, then, might a rights-based approach make of the cat curfew?

Clearly, the biggest concerns arise around a cat’s right to liberty. Cats should be free to roam, and any restriction on that ability is an infringement of their right to liberty. But let’s unpack that a little bit. Firstly, we need to figure out the content of this right. Put another way, we need to know what a cat requires in order to have this right respected. Clearly it would be wrong to keep a cat in a two-square-foot cage. How much space does it need, then? Is a reasonable-sized apartment sufficient? How about a two-story townhouse? Or must it have access to at least a football-field sized territory to roam? One simple answer might be to say that respecting a cat’s right to liberty involves allowing it to go wherever it wants to. But this seems to overstate the right considerably. When a cat wanders down to the river bank, we are not obliged to fetch a boat and ferry it to the other side so that it might continue to roam unhampered.

Even if we are able to explain the content of a cat’s right to liberty, we must then consider in what circumstances it might be overridden by competing rights. Among the other rights possessed by a cat is, presumably, the right to life. And the cat curfew does a lot to ensure the preservation of this right – extending a cat’s life-expectancy by 2 to 5 times. Seen in this way, the curfew no longer becomes a case of violating a cat’s right to liberty, but balancing that right against the cat’s more fundamental right to life.

Cat curfews, then, appear to be morally acceptable on both a consequentialist approach (saving the lives of native animals and preserving endangered species at no cost to the wellbeing of cats), and a rights-based approach (maximizing respect for a cat’s right to life at a small cost to their right to liberty). As such, it seems that – even in the absence of such laws – we all have strong reasons to rein in the murderous urges of our cuddly companions by keeping our cats indoors.