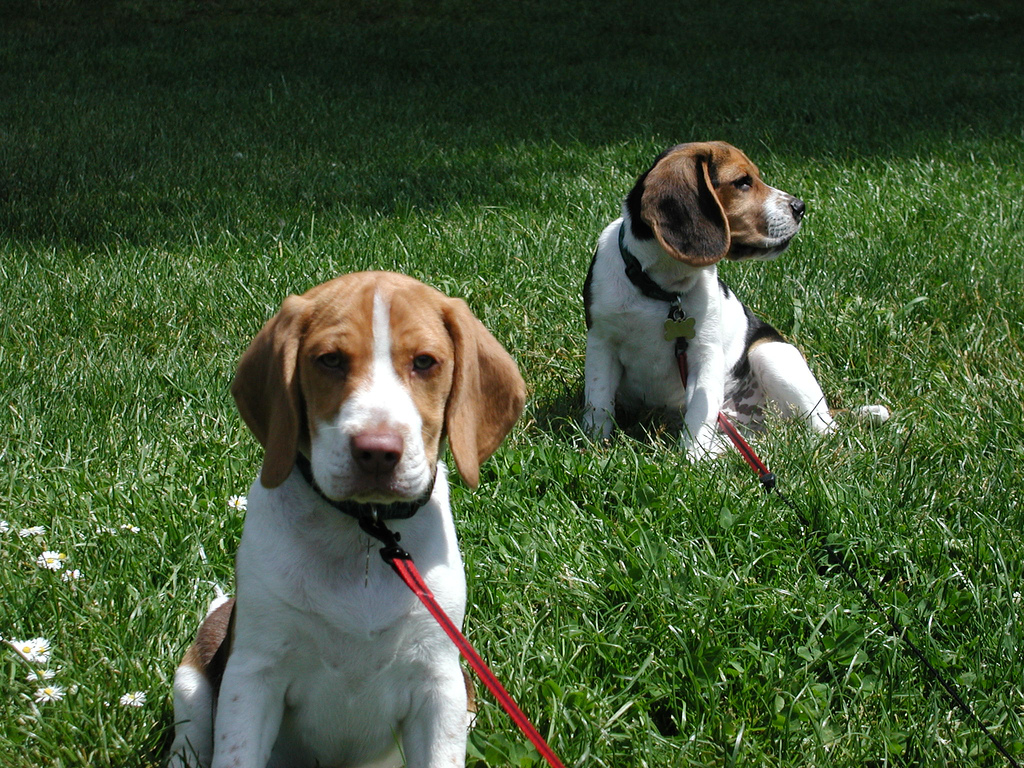 In most states, pets are viewed as personal property in the eyes of the law.  Last year, California shook up the status quo by passing Assembly Bill 2274, which was signed into law by Governor Jerry Brown in September. The law will allow judges in divorce cases to make more nuanced decisions when it comes to animal custody.  Prior to the passing of the bill, courts were required to divide community property roughly equally. Judges now have the flexibility to consider factors like which of the parties in the relationship provides care to the pet in the form of walking, feeding, accessing veterinary services, and providing shelter and protection.  Pleased pet owners in California claim that, in passing this law, California has rightly recognized companion animals as members of the family.

Most states continue the tradition of treating companion animals as property, but California is not alone in its move to recognize the unique importance and status of companion animals.  In January 2017, a law went into effect in Alaska that required courts to take into account the well-being of the animal when making divorce judgments about animal custody.  Alaska’s law goes further than California’s—in California courts are merely permitted to consider factors other than equity of distribution when awarding custody.  Alaska’s law also allows courts to include pets in domestic violence protective orders.

Opponents of the new California law argue that if judges are permitted to make custody decisions pertaining to pets, the courts will inevitably be clogged.  Child custody hearings already draw out divorce proceedings to unbearable lengths. If the court takes careful, conscientious care to place pets where they belong in every single divorce case, opponents argue that it will surely extend the time it takes to go through the divorce process to an unmanageable and undesirable length.

Opponents of the bill also argue that once custody hearings become the norm for animals like cats and dogs, there can be no conceivable end to the types of creatures who might be deserving of consideration in a divorce proceeding.  Further, some opponents argue that the factors involved in these kinds of decisions will inevitably involve anthropomorphizing animals to some extent. Though it may be true that animals can be harmed to some degree by changes to their living situation, typical companion animals simply don’t have the mental capacity to understand the nature of divorce or to be traumatized by it.  As a result, there is a reason for treating decisions about custody of animals very differently from, say, custody of children.

Supporters of the law argue that it is about time that legislators recognize that the interests of animals ought to be taken seriously.  Animals, after all, are not objects.  The common custom of treating animals as property fails to take into account that they are sentient beings, capable of experiencing pleasure and pain.  Some non-human animals are capable of a much wider range of experiences and emotions. Treating a companion animal no differently than one might treat a sofa or a desk lamp is an archaic and morally indefensible practice.  Philosophers from times long past may have viewed animals as automatons, but we know more about the psychology of animals than we ever have before. We know that they experience a range of emotions, and those considerations should be factored into custody decisions.

Other arguments in favor of the bill are more anthropocentric.  The bonds that human beings form with their companion animals are intimate and intense.  Many people are forgoing having children, and those people often take the care relationships that they form with their animals very seriously.  The custody of an arrangement for a pet, then, is tremendously important to the human caregivers. If one party in a relationship takes on more of these care obligations, that seems like a consideration that should be taken seriously.

One objection to the California law in particular is that it does not go far enough.  The law allows judges to take the well being of the pet into consideration when making custody decisions, but it doesn’t require the judge to do so.  As a result, the message is sent that the interests of companion animals deserve to be taken seriously when a particular judge decides to take them seriously, but not otherwise.  This feature of the law makes consideration of animal interests too strongly contingent on the whims of individual judges or on the attitudes of the parties seeking the divorce.

Ultimately, many argue that this law constitutes a step in the right direction for the cause of animal welfare.  That said, it is worth pointing out that our practices with respect to animals are far from consistent. We arbitrarily designate some animals as “companion animals” and we let these animals live in our homes.  For many, these animals become highly valued members of the family. The decision concerning which animals will become members of the family is largely based on species membership.  Cats, dogs, birds, and guinea pigs are animals we might consider bringing home to join our families.  Most people wouldn’t consider taking on a chicken, turkey, hogs, cow, or sheep as a companion animal. This is largely a matter of historical practice.  The new California law recognizes that the interests of animals deserve to be taken seriously, but, by focusing on companion animals in divorce cases, it places animals into different categories arbitrarily.  If the interests of companion animals deserve to be taken seriously, so too might the farm animals that we raise in inhumane conditions and slaughter unnecessarily for food. 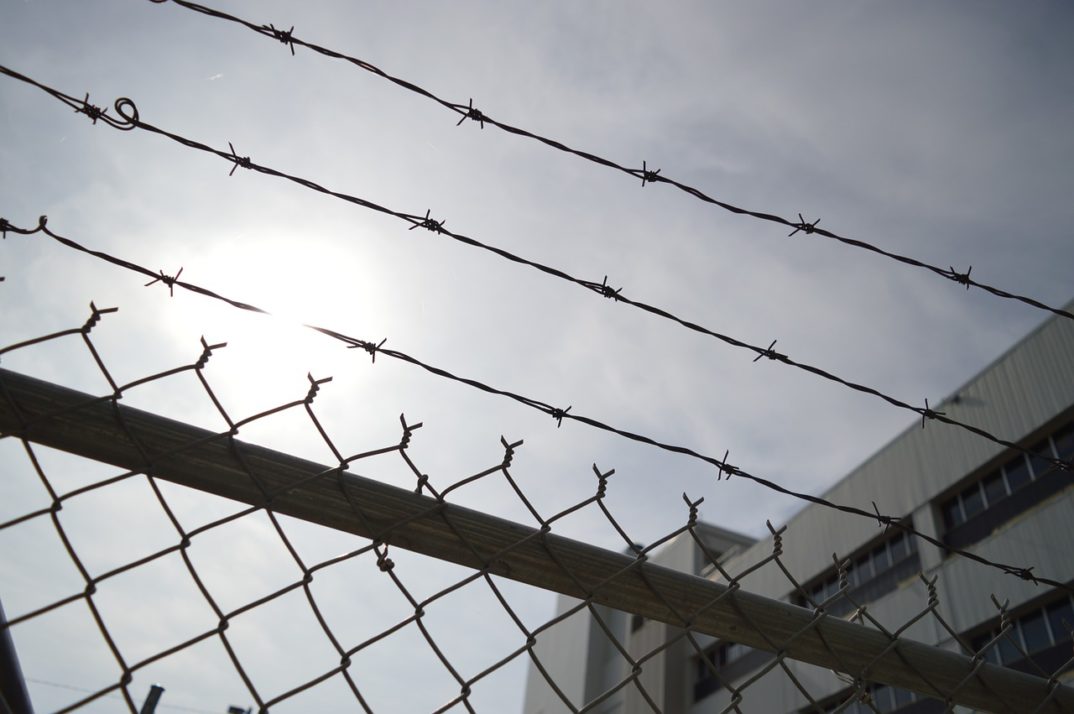 In many states, minors charged with certain crimes can be tried as adults. Although some of the minors who enter the system are convicted of serious crimes, many are charged with non-violent offenses. The argument for trying minors as adults is that it ensures public safety – however, research shows the opposite. In Jessica Lahey’s article in The Atlantic, the issues with trying and housing minors as adults are laid out. Is it really ethical, and even for the societal good, to try and imprison any minor as an adult?

Federal laws prohibit the housing of juveniles alongside adult prisoners, but many states do it anyway. This housing situation causes minors to be far more likely to be sexually abused and suffer violence from inmates and staff alike. The National Inmate Survey states that 1.8% of 16 and 17 year olds imprisoned with adults have suffered sexual abuse in prison, and 75% of those cases have been victimized by staff. This information alone is enough to question the morality of imprisoning a minor as an adult. In order to comply with federal laws that say minors must be housed in a separate section than regular adult inmates, many states transfer their juvenile prisoners out of the state. This causes the minor to potentially lose access to visits from friends and family, and also contact with his or her lawyer. Losing contact or access to a lawyer – a right guaranteed in the constitution – puts the minor at risk for being unable to report any abuses and in an even more disempowered position. They also lose the emotional support provided by friends and family, which makes the prison experience easier from a psychological standpoint. This lack of contact creates psychological stress and trauma that affects minors very dramatically. Minors imprisoned in adult prisons also are unable to participate the rehabilitative programs provided in the juvenile system, which offer vocational training, counseling, and education that makes re-entering society as an adult simpler. In fact, minors who are tried and imprisoned as adults are 34 times more likely to re-offend; this begs the question of whether trying minors as adults offers any benefit to public safety at all.

Denying certain minors the services their peers receive may be unethical, as it arguably sets up a certain group for failure or selects a certain group to be more likely to suffer stress and trauma. While certain minors commit very serious crimes that warrant consideration, non-violent offenders who are tried as adults should be allowed the same services as their peers, and offered a chance at rehabilitation. The juvenile justice system was created for a reason, and therefore should be utilized in the vast majority of circumstances.