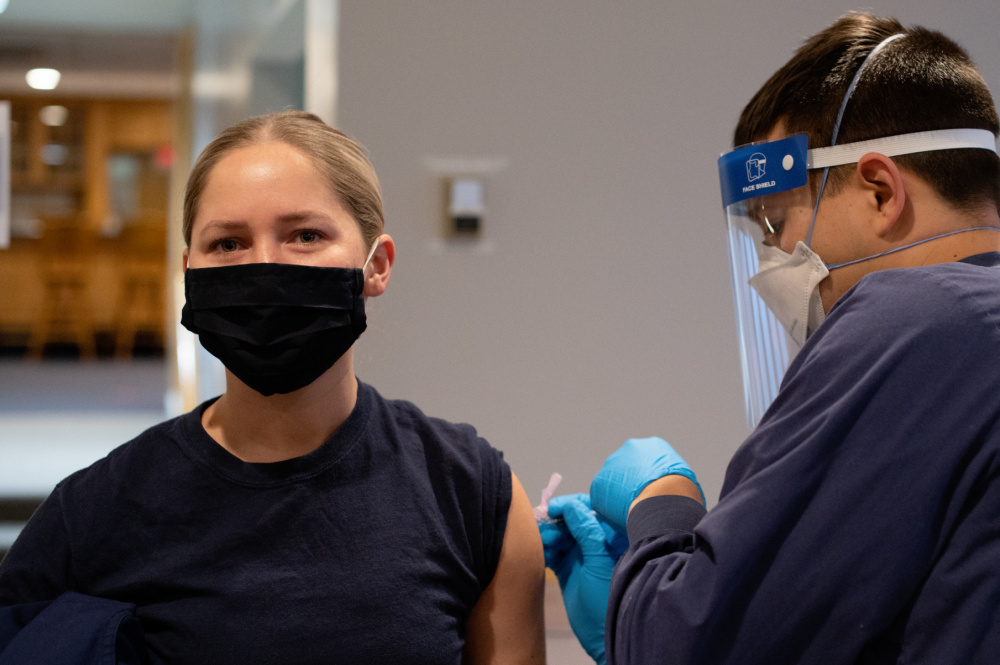 The development of the COVID-19 vaccines is worthy of celebration. Never has a vaccine for a  novel virus been so quickly developed, tested, and rolled out. Despite this success, we could have done much better. In particular, a recent study estimates that by allowing “challenge trials” in the early months of the pandemic, we would have completed the vaccine licensing process between one and eight months faster than we did using streamlined conventional trials. The study also provides a conservative estimate of the years of life that an earlier vaccine rollout would have saved: between 720,000 and 5,760,000. However, whether we should have used challenge trials depends on a number of ethical considerations.

Here is an extraordinary fact: we first genetically sequenced the virus in January 2020. Moderna then developed their RNA vaccine in just two days. But the F.D.A. could only grant the vaccine emergency authorization in late December — almost a year later. Over this period the virus killed approximately 320,000 U.S. citizens. The vast majority of the delay between development and approval was due to the time needed to run the necessary medical trials. Enough data needed to be collected to show the vaccines were effective and, even more importantly, safe.

Here’s how those trials worked. Volunteers from a large pool (for example, 30,420 volunteers in Moderna’s phase three trial) were randomly provided either a vaccine or a placebo. They then went about their lives. Some caught the virus, others didn’t. Researchers, meanwhile, were forced to wait until enough volunteers caught the illness for the results to be statistically valid. The fact that the virus spread so quickly was a blessing in this one respect; it sped up their research considerably.

So-called “challenge trials” are an alternative way to run medical trials. The difference is that in a  challenge trial healthy (and informed) volunteers are intentionally infected with the pathogen responsible for the illness researchers want to study. The advantages are that statistically significant results can be found with far fewer volunteers far more quickly. If we vaccinate volunteers and then expose them to the virus, we’ll have a good idea of the vaccine’s effectiveness within days. This means faster licensing, faster deployment of the vaccine, and, therefore, thousands of saved lives.

Challenge trials are generally blocked from proceeding on ethical grounds. Infecting healthy people with a patho­gen they might nev­er oth­er­wise be ex­posed to — a patho­gen which might cause them ser­i­ous or per­man­ent harm or even death — might seem dif­fi­cult to jus­ti­fy. Some med­ic­al prac­ti­tion­ers con­sider it a vi­ol­a­tion of the Hip­po­crat­ic oath they have sworn to up­hold — “First, do no harm.” Ad­voc­ates of chal­lenge tri­als point out that slow, tra­di­tion­al med­ic­al tri­als can cause even great­er harm. Hun­dreds of thou­sands of lives could likely have been saved had COV­ID-19 chal­lenge tri­als been per­mit­ted and the various vac­cines’ emer­gency approv­al occurred months earli­er.

Ad­mit­tedly, chal­lenge tri­als ef­fect­ively shift some risk of harm from the pub­lic at large to a small group of med­ic­al vo­lun­teers. Can we really accept greater risk of harm and death in a small group in order to protect society as a whole? Or are there moral limits to what we can do for the ‘greater good’? Per­haps it is this unequal distribution of burdens and benefits that critics object to as un­eth­ic­al or un­just.

Ad­vocates of chal­lenge tri­als point out that vo­lun­teers con­sent to these risks. Hence, per­mit­ting chal­lenge tri­als is, fun­da­ment­ally, simply per­mitting fully con­sent­ing adults to put them­selves at risk to save oth­ers. We don’t ban healthy adults from run­ning into dan­ger­ous wa­ter to save drowning swim­mers (even though these adults would be risk­ing harm or death). So, the reas­on­ing goes, nor should we ban healthy adults from vo­lun­teer­ing in med­ic­al tri­als to save oth­ers’ lives.

Of course, if a volunteer is lied to or otherwise misinformed about the risks of a medical trial, their consent to the trial does not make participation ethically permissible. For consent to be ethically meaningful, it must be informed. Volunteers must understand the risks they face and judge them to be acceptable. But making sure that volunteers fully understand the risks involved (including the ‘unknown’ risks) can be difficult. For example, a well-replicated finding from psychology is that people are not very good at understanding the likelihood of very low- (or high-) probability events occurring. We tend to “round down” low probability events to “won’t happen” and “round up” high probability events to “will happen”. A 0.2% probability of death doesn’t seem very different from a 0.1% probability to most of us, even though it’s double the risk.

Informed consent also cannot be obtained from children or those who are mentally incapable of providing it, perhaps due to extreme old age, disability, or illness. So members of these groups cannot participate in challenge trials. This limitation, combined with the fact that younger, healthier people may be more likely to volunteer for challenge trials than their more vulnerable elders, means that the insights we gain from the trial data may not translate well to the broader population. This could weaken the cost-benefit ratio of conducting challenge trials, at least in certain cases.

A fur­ther eth­ic­al worry about chal­lenge tri­als is that the poor and the dis­ad­vant­aged, those with no oth­er op­tions, might be indirectly coerced to take part. If in­dividu­als are des­per­ate enough to ac­cess fin­an­cial resources, for ex­ample for food or shel­ter they require, they might take on in­cred­ible per­son­al risk to do so. This dy­nam­ic is called “des­per­ate ex­change,” and it must be avoided if chal­lenge tri­als are to be eth­ically per­miss­ible.

One way to pre­vent des­per­ate ex­changes is to place lim­its on the fin­an­cial com­pens­a­tion provided to vo­lun­teers, for ex­ample merely cov­er­ing travel and in­con­veni­ence costs. But this solu­tion might be thought to threaten to un­der­mine the pos­sib­il­ity of run­ning chal­lenge tri­als at all. Who is go­ing to volun­teer to put his life at risk for noth­ing? 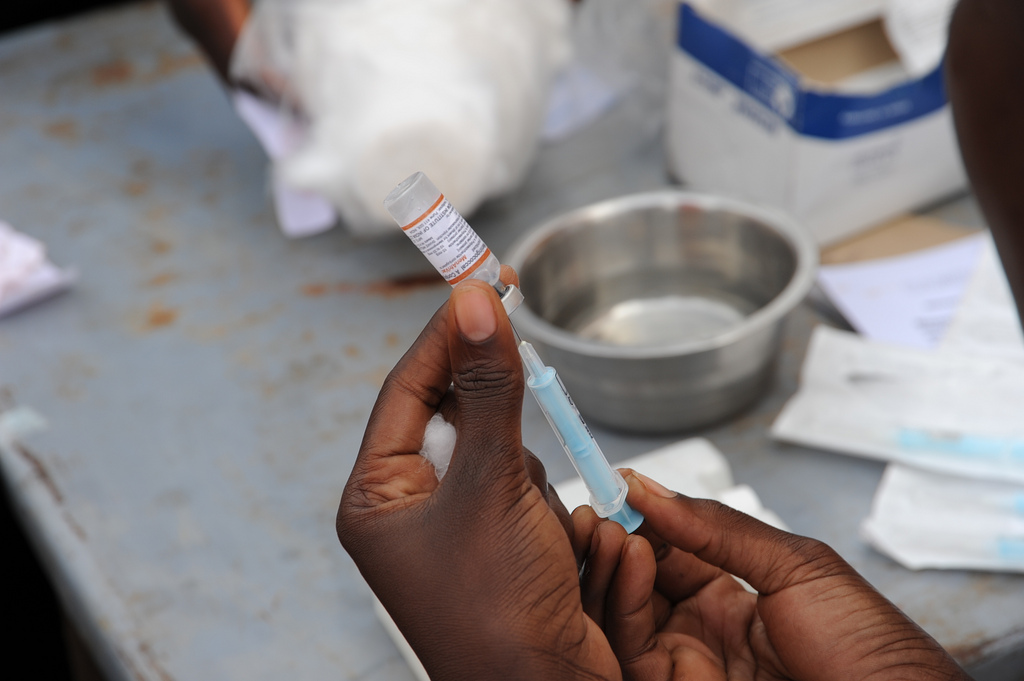 A group called Rational Vaccines, which conducted a clinical trial of a herpes vaccine, has brought legal and ethical standards for medical research into the news recently. The trial, conducted from April to August of 2016, used human subjects and was conducted in the Caribbean in order to avoid being overseen by the FDA or cleared by the institutional review board, or IRB, which is required of trials in the US.