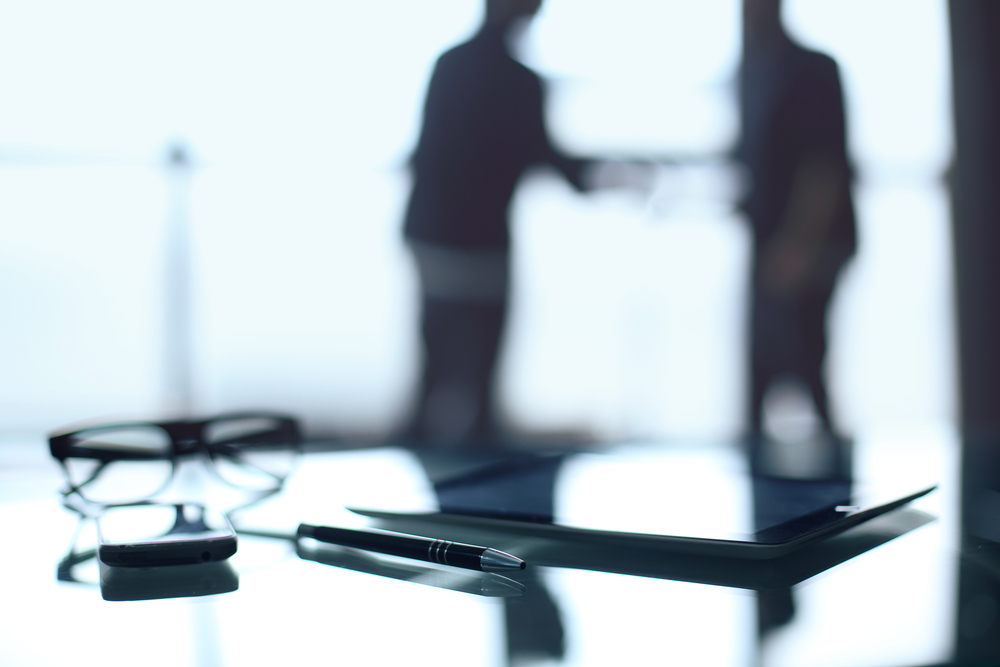 Ben Smith’s recent article in The New York Times about Tucker Carlson’s cozy relationship with the media has caused quite a stir among media-watchers. It turns out that the man who calls the media the “Praetorian Guard for the ruling class” loves to anonymously dish to journalists about his right-wing contacts.

Missing from this discussion about Carlson’s role in the media ecosphere, however, is any exploration of the philosophically rich issue of anonymous sources. Is the practice of using such sources defensible, either from a moral or an epistemic point of view?

First, there is an issue of terminology. A truly anonymous source would be something like a phone tip, where the source remains unknown even to the journalist. In most cases, however, the identity of a source is known. These sources are not truly anonymous, but could be called “unnamed” or “confidential.” For reasons that will become apparent shortly, it is never appropriate for journalists to publish information from truly anonymous sources unless the information is capable of being independently verified, in which case there is no need to use the anonymous source in the first place. When I talk about “anonymous” sources in this column, I am referring to confidential or unnamed sources.

The basic epistemic problem with confidential sources can be summed up as follows: we really can’t assess the truth of a person’s testimony without knowing who the person is. If a shabbily-dressed stranger shuffles up to you and tells you that JFK was the victim of a conspiracy, you’re likely to discount the testimony quite a bit. On the other hand, if the head of the CIA came out and made the same claim, you’d be likely to update your beliefs about JFK’s assassination. In short, many details about a person’s identity are relevant to the reliability of their testimony. Thus, without access to these facts, it’s almost impossible to know whether the testimony is, indeed, true. But in the case of anonymous sources, the public lacks the necessary data to make these judgments. So, we are in a poor position to determine the veracity of the source’s claims. And if we can’t assess the reliability of the testimony, then we aren’t justified in relying upon it.

This epistemic trouble can often become a moral problem. Anonymous sourcing can encourage people to believe that a source’s claim is more reliable than it is, and in this way it may mislead. But surely, journalists have a moral obligation to take every precaution to guard against this. One example of the way anonymous sourcing can mislead is the anonymous essay published by The New York Times in September 2018 purporting to be written by a “senior official” within the Trump administration. This essay caused many people to believe that a cabinet-level official was helming a resistance to Trump from within the White House, but it turned out that the writer was Miles Taylor, former chief of staff to Department of Homeland Security Secretary Kirstjen Nielsen. There is a case to be made that the Times misled the public in that case, causing them to hope in vain that some sort of resistance to Trump was taking place in the upper echelons of the executive branch.

How should we go about solving this problem? How is the public to distinguish between the straight scoop and unsubstantiated rumor? How can we mitigate the harm that comes with directing public attention at a shaky story without losing the ability to speak truth to power?

Reporters’ primary answer to the problem of anonymous sourcing is to point to the reliability not of the source, but of the news publication. Call this the “vouching” solution. The reporter claims that people should believe an anonymous source because the reporter’s institution does; the source’s trustworthiness is a function of the trustworthiness of the publication. But this is like saying that you can justifiably rely on the shabbily-dressed stranger’s claim that JFK was the victim of a conspiracy because an honorable friend reports it to you, and you trust your friend to vet the stranger’s claim before presenting it. The trouble with this solution is that if we’re dealing with a truly anonymous source, our “honorable friend” – the news publication – lacks the necessary information to properly vet, and thus adequately vouch for, the stranger and their claims.

That our faith in news outlets justifies the use of unnamed or confidential sources is just one reason why it is so important for the news media to cultivate public trust. Unfortunately, however, people’s confidence in the mainstream media is at an all-time low. According to one recent poll, a majority of Americans do not have trust in traditional media. For these Americans, the vouching solution fails to even get off the ground. Moreover, for these Americans, it would arguably be irrational for them to rely on the media’s anonymous sources, given their skepticism. If one does not trust one’s friend, it would be foolish to rely on the sources for which one’s friend vouches. By the same token, if one does not trust the media, it would be irrational to rely on the anonymous sources for which the media vouches.

What does journalistic vetting of anonymous sources involve? One thing it does not entail is securing independent verification of an anonymous source’s information. If this were possible, then it would be unnecessary to grant a source confidentiality at all — journalists could just settle for the independent evidence. Thus, journalistic vetting usually involves scrutinizing the motives and behavior of the source. Is the source eager or reluctant to share information? Is she in a position of power or vulnerability? What is her agenda?

Which brings us back to Carlson, who seems like a signally poor candidate for confidentiality. Smith’s article makes clear that Carlson likes to portray himself in a flattering light to reporters, and that he is eager to share information. He is also, of course, in a position of great power and influence, and surely uses his effusions strategically to further his own agenda. For these reasons, using Carlson as a confidential source seems to be an epistemically and, because of the potential for misleading the public, ethically dubious practice. 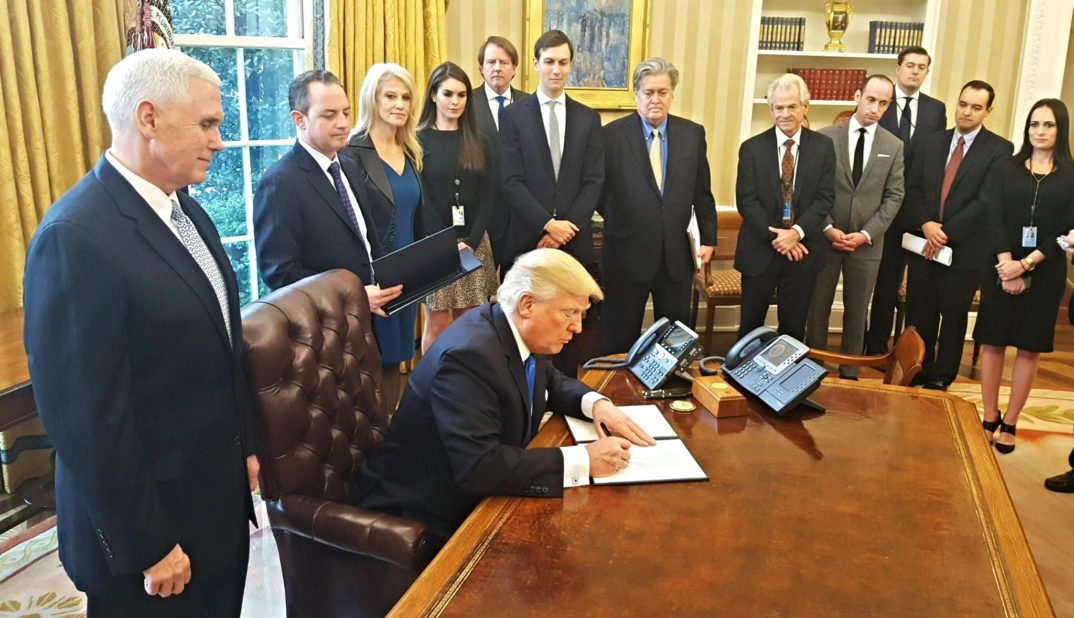 In light of a recent op-ed published by The New York Times, the validity of using anonymous sources in journalism has once again been brought into question. The op-ed, released to the public on September 5, was allegedly written by a senior official within the Donald Trump administration, and details an underground resistance against the President within his own staff. “[M]any of the senior officials in his [Trump’s] own administration are working diligently from within to frustrate parts of his agenda and his worst inclinations,” reads the piece. “I would know. I am one of them.”

The author then goes on to detail why this resistance is being executed, saying that Trump has blatantly attacked conservative values of “free minds, free markets, and free people,” and that his notion of mass media as the enemy of the people is “anti-democratic.” Further, the anonymous writer stated the goal of the White House resistance as being “to keep bad decisions contained to the West Wing.” Sometimes this could be as simple as swiping papers from the President’s desk. In his book, Fear: Trump in the White House, celebrated journalist Bob Woodward details how Trump’s ex-economic advisor, Gary Cohn, stopped the President from terminating a trade deal with South Korea by taking a letter off his desk in the Oval Office.

Perhaps more intriguing than the contents of the op-ed itself, however, is the shrouded identity of its author. A number of theories about who in the administration could have written it have surfaced, including opinions from filmmaker Michael Moore and former aide to Trump Omarosa Manigault Newman. The President responded to the breach in his administration’s loyalty by lashing out on Twitter and at public events, going so far as to label the op-ed as “treason” and a threat to national security. Trump also told reporters that he wants Attorney General Jeff Sessions to investigate the source of the article.

Despite the current drama surrounding the Trump administration, however, The New York Times has refused to disclose the author’s identity. A statement preceding the op-ed reads:

“The Times is taking the rare step of publishing an anonymous Op-Ed essay. We have done so at the request of the author, a senior official in the Trump administration whose identity is known to us and whose job would be jeopardized by its disclosure. We believe publishing this essay anonymously is the only way to deliver an important perspective to our readers.”

The Times’ refusal to give up the author has undoubtedly been met with criticism both by the President himself and by his supporters, boiling down to controversy over when it is permissible for publications to distribute anonymously-produced content and when it is not.

Anonymous sources are, at their root, tools for journalists to get closer to exposing truth to the public. Although not preferable, anonymity protects people who hold incriminating or scandalous information from consequences upon revealing this information, which may sometimes be the only way of getting those people to talk. However, in today’s era of intense beat journalism, anonymous sourcing can sometimes be used haphazardly. In May of 2005, Newsweek published an article using anonymous sources who claimed that interrogators at Guantanamo Bay desecrated the Koran to intimidate Muslim prisoners, which sparked a riot in Afghanistan resulting in the deaths of 14 people. Lawyers later disproved these statements from anonymous sources, and Newsweek retracted its article.

What separates the anonymous op-ed in The New York Times from Newsweek’s Guantanamo debacle are the articles’ respective intentions. Newsweek published their article to establish fact: interrogators at Guantanamo desecrated the Koran to intimidate Muslim prisoners. Conversely, The New York Times’ article, published as an op-ed, serves the primary function of declaring the author’s opinion: Donald Trump is failing as a president, and “there are adults in the room” who want to protect the rest of the country from his shortcomings. The point could be raised that op-eds deserve known sources as well. Opinion articles come with their own claims that, if issued by reputable publications, should be written by verifiable experts. The editors of The New York Times, however, know the identity of the op-ed’s author, and given their reputation as a responsible publication, can be trusted to have thoroughly vetted their source’s claims. Given that The Times is a left-leaning publication, some of this criticism may be indirectly stemming from partisanship. Had this op-ed been published from a right-leaning publication, its relationship with public trust may have looked different. Moreover, it could be argued that the article’s groundbreaking content and consequences that will arise if the author’s identity is compromised outweighs the need for a publicly-known source.

Whether one believes this to be an act of heroism or treason by The New York Times, it is difficult to refute that this piece could change the way the public and journalists view anonymous sources. An anti-establishment culture that has budded in the past few decades has heightened the need for anonymous sourcing in journalism, and facing this phenomenon is essential to rebuilding the relationship between mass media and the public. Even if The New York Times was wrong in publishing this op-ed, they sparked conversations around journalism ethics that need to be had outside of the newsroom.