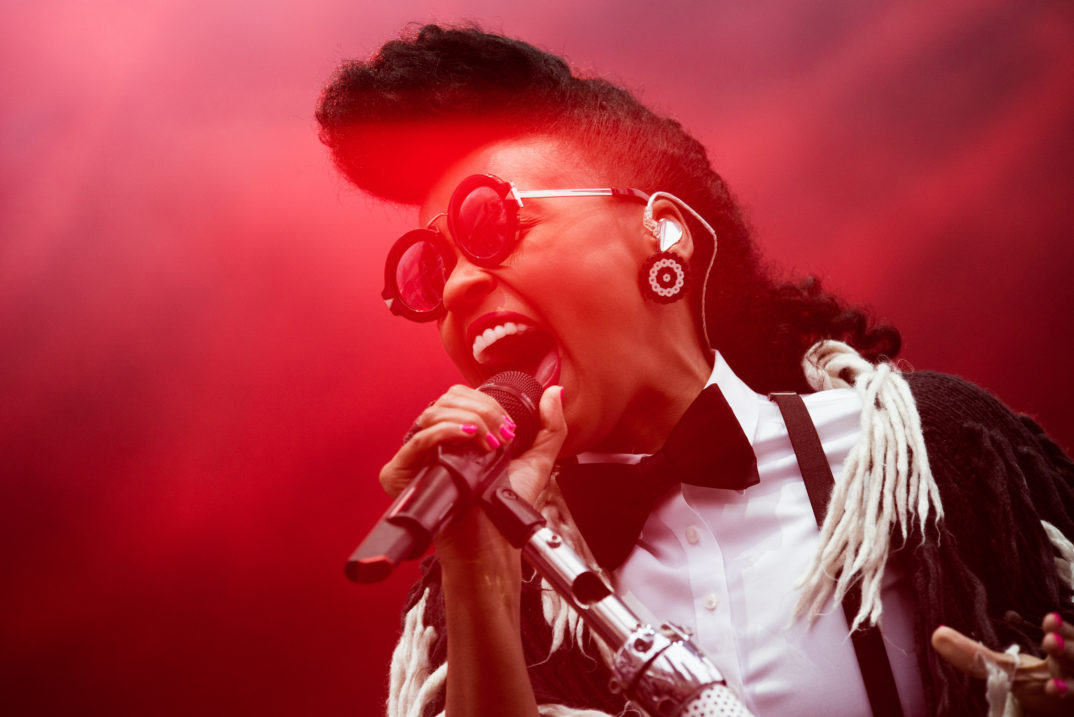 In April 2018, Janelle Monáe released her third album, Dirty Computer, which she accompanied with an “emotion picture” of the same title. Her visual video project is set in a dystopian futuristic United States that might not seem particularly foreign to people of color and queer folk. In the society constructed by Monáe, people who do not conform to white centric heteronormative standards of respectability are chased, detained, and arrested by the police. Anyone who refuses to conform is labeled a “dirty computer.” According to the dominant group, dirty computers must be wiped cleaned and their memories must be erased. Monáe mobilizes computers as the metaphor to represent humans, who are under threat of becoming more and more monolithic.

Dirty Computer is a defiant cry by Monáe, because, in the face of oppression, she is clearly stating that her intersectional identities (black, woman, queer) are vibrant and beautiful. Monáe’s work is creative and passionate: Dirty Computer showcases a perspective largely missing from the music industry. The album and video project contain emancipatory potential and should lead viewers to question the highly conformist and oppressive society we live in.

By using her artistic work as a political statement, Monáe might lead us to reevaluate the importance of artivism. The idea of artists protesting through their work is not new; however, Monáe’s work shows viewers what taking up an ethical pursuit for justice can look like within a contemporary context. Is it the ethical responsibility of artists to promote and advocate for justice? Considering the influence musicians have the potential to assert, is artivism the most salient form of political mobilization? An examination of Monáe’s project and her intentions behind it highlights the importance of artivism within contemporary society.

Monáe recently came out as Pansexual, which might have influenced the unapologetic queerness she guaranteed within Dirty Computer. Representations of queer women of color are largely missing from American media, and the significance of a project led by a queer woman of color representing other queer women of color cannot be ignored. Monáe does not simply portray “gay love” in a way that is legible for heterosexual people, nor does she present queerness under the guise of normality. Monáe also makes it clear that she is not interested in a male gaze. Monáe’s song, “PYNK,” is a modern queer anthem that depicts the love between Monáe and Zen (played by Tessa Thompson) as passionate, erotic, and unrestricted. In Dirty Computer black queer women are beautiful, and this in itself is a political statement. Undeniably groundbreaking, Monáe’s work is highly personal, yet one can wonder whether her platform as a musician makes artivism a moral obligation. Was Monáe under moral obligation to center her queerness and create a counternarrative?

In an interview with Hot 97’s Ebro Darden, Monáe explains how she broke down the album in three parts:

The second part of the album is dedicated to celebration, and the right of “dirty computers” to feel pride and love towards themselves. Monáe shares how this pride can be intercepted by fear, and the realization that fighting for one’s rights is deeply scary. The third act is reclamation, and it declares “I am an American, this is my land.” What Monáe is depicting through her three-part project is the dynamic life process of being a person of color or a queer person in the United States. Monáe is declaring a passionate love for every aspect of herself and inviting other marginalized peoples to consider their unique lives beautiful. Why is this message so important?

Arguably, Monáe’s proclamation has not been prioritized within media, and her voice stands out. With this in mind, Pitchfork raises powerful questions:

“What does it mean to be a newly out queer black woman of Monáe’s stature making a pop album in 2018 when there is no precedent? And how does that affect how we interpret her music and her willingness to inhabit spaces currently dominated by white acts? As an album, Dirty Computer is what happens when a prism is held to the blinding light of a free Janelle Monáe.”

It cannot be strictly said that Monáe is responsible for advocating for justice and equity, especially because marginalized people should not be held accountable for their own liberation: equity should be guaranteed by the dominant group on the basis that injustice and inequality are morally wrong. However, it has been historically revealed that marginalized people cannot count on the dominant group to acknowledge the humanity they have been continuously denied. Furthermore, Monáe’s work should be shared and uplifted, because she has taken on activist work that she did not owe anyone. Her vulnerability was not a duty, yet Monáe recognized the groundbreaking potential of her voice as public figure: Dirty Computer represents the activist potential of art.