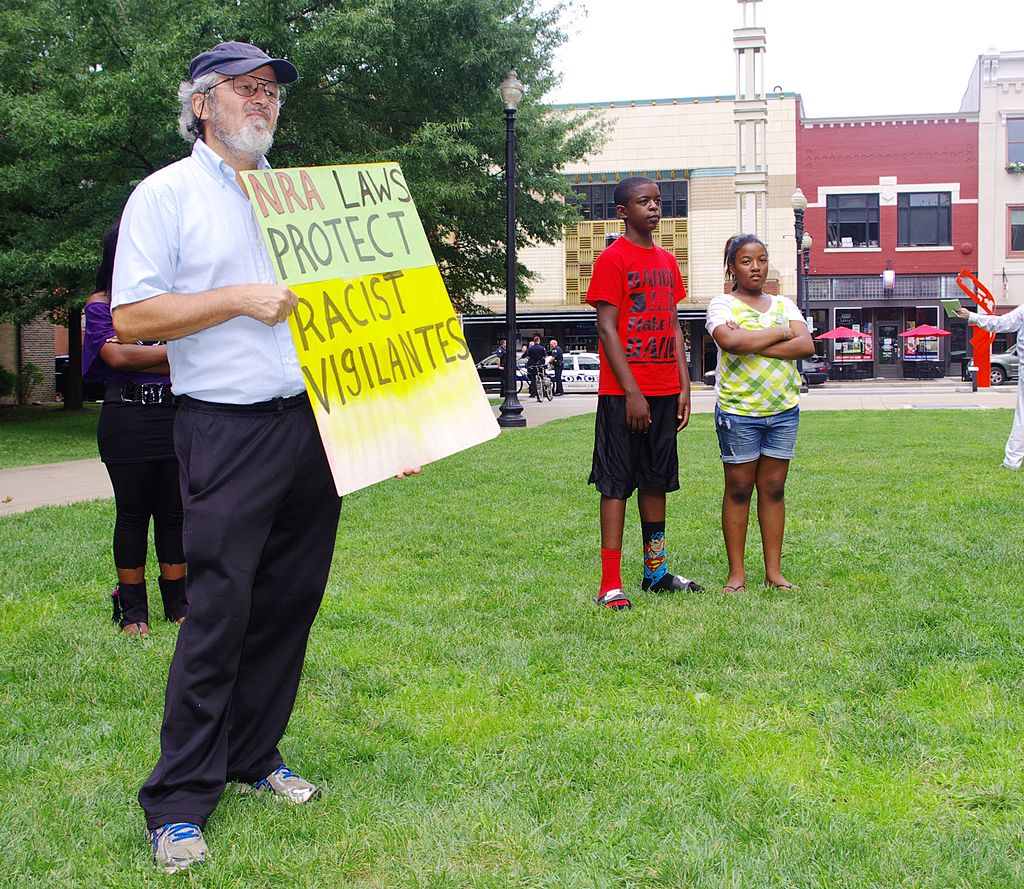 To be a vigilante is to take upon yourself at least the role of a police officer, assuming that your goal is simply to enforce existing laws. Vigilantism can, and often does, go further, effectively assuming both legislative and judicial power as well. If a vigilante or “vigilance committee” detains people for violating laws that don’t exist, but which they believe should exist, or enacts any form of pseudo-punishment on people for either existing or imaginary laws, then they further effectively usurp legislative and judicial power respectively. Vigilantism is undesirable in the extreme, and statutes or rules that encourage it a likewise undesirable. Generally, police power should be kept out of citizens’ hands.

The dangers of laws that facilitate and encourage vigilantism can be seen clearly in the cases of both Ahmaud Arbery and Trayvon Martin. Both were killed while doing nothing wrong because they were suspected of wrongdoing by overzealous citizens who took matters into their own hands. On top of the laws themselves, racially-based inequality in the execution and adjudication of the laws further emboldens vigilantes to pursue their own “justice” against Black Americans and other vulnerable populations.

George Zimmerman was tried for killing Trayvon Martin, but was acquitted of the charges of second-degree murder and manslaughter. The DoJ stated that Zimmerman’s actions did not rise to the level of a hate crime as defined by federal statute. Gregory McMichael, Travis McMichael, and William Bryan were all arrested on charges of felony, murder, and false imprisonment pursuant to the killing of Ahmaud Arbery. However, these arrests did not occur until more than two months after the incident. Arbery was killed on February 23, 2020 and the McMichaels weren’t arrested until May 7, 2020. William Bryan was arrested on May 21, 2020. The men charged for Arbery’s death will likely use the same affirmative defense that Zimmerman did. That is they will admit that they committed the action of killing, but assert that the action was legally excused or justified because they were defending themselves from bodily injury and death.

Laws and rules allowing people to claim self-defense against charges of homicide are desirable. A person may not have the time or opportunity to depend on police or fellow citizens to help them. Reasonable self-defense laws allow a person to prevent death or serious bodily harm to themselves or others due to the wrongful actions of another person by use of necessary and proportional force. For example, if a person forcibly enters a home and corners you and an acquaintance in a room, both of you should be immune to both civil and criminal liability for any harm inflicted upon the assailant necessary to prevent them from harming you, necessary to cause them to flee, or necessary to subdue them until police arrive.

The right for a person to defend their life and property, sometimes with deadly force, is deeply engrained in US society. However, the free rein given to use of legal force differs from one state to another. For altercations in public spaces, as in the killings of Trayvon Martin and Ahmaud Arbery, the operative question is whether there exists a duty to retreat. If a state, either by statute or case law, imposes a duty to retreat on people, that means that they cannot claim self-defense against charges of homicide unless they were not plausibly able to flee from their assailant. Every state recognizes some form of exception to the duty to retreat when a person is in their own home or property—the so-called “Castle doctrine.” If a state does not impose a duty to retreat from altercations in public spaces, then it has some form of “Stand Your Ground” law or rule.

Both the Castle doctrine and Stand Your Ground laws emanate from another doctrine, the so-called “true man” doctrine. This is meant to serve as a principled reason in favor of rule concerning self-defense. The idea is that a person who is doing nothing wrong, who is acting wholly within their rights, should not be obliged to give any ground to someone engaged in wrongdoing. Florida has a Stand Your Ground statute under which George Zimmerman was able to assert that he was defending himself from the aggression of Martin, even if that aggression was caused by Zimmerman’s nighttime pursuit of Martin. It is also likely that the killers of Ahmaud Arbery will also claim self-defense as Georgia also has a Stand Your Ground statute.

The idea that a morally faultless person shouldn’t, or at least shouldn’t be required to flee is not obvious. This smacks of a sort of recklessness that is expressly disavowed by at least one central moral theory, namely Aristotelean virtue ethics. One of the central tenets of this ethical system is the doctrine of the mean, which states that every virtue—that is, every morally positive character trait—lies at a midpoint between two extremes, which are vices. On one side there is an extreme of deficiency—of doing too little. On the other side there is an extreme of excess—of doing too much. Courage is one of the central virtues that Aristotle discusses, and it is, like any other virtue, in between two extremes. Cowardice is the vice of deficiency and recklessness is the vice of excess between which lies the virtue of courage. However, the true man doctrine appears to endorse recklessness. Whereas Aristotle’s ethical sage will fear and flee from some dangers, the true man of common law will not.

Both the Ahmaud Arbery and Trayvon Martin killings also involved citizens engaged in attempts to detain people they suspected of criminal activity. Comments from Georgia District Attorney George Barnhill suggested that Gregory and Travis McMichael were acting within their rights under Georgia’s laws concerning citizen’s arrest. However, the need for citizen’s arrest originally stemmed from the lack of professional police forces—a need that has long since disappeared. Moreover, as the standards of evidence for criminal conviction have become more complex and the protections for people being placed under arrest have become more extensive, the plausibility of a citizen making a legitimate arrest has become more ludicrous. As a matter of bare law, most state statutes require that an arresting citizen have direct or immediate knowledge that the person they are arresting has committed a crime. Whether a given arrest meets such a standard is a legal question most citizens are not equipped to determine.