This Is Not My Hat

This is Not My Hat raises philosophical questions relating to stealing, punishment, lying, and trust.

At the conclusion of the book, we are led to believe that the big fish eats the little fish and takes the hat back. After discussing the issues relating to stealing, it is natural to then transition into questions relating to punishment, and whether the punishment of the little fish by the big fish is fair. The first issue that comes up is whether the little fish should be punished at all. Did the little fish deserve to be punished? Discussion about this issue can revolve around the reasons for punishment and the students might recognize that people are often punished after they do something wrong. But “why” are people punished after they do something wrong? There are many reasons for punishment, such as retribution, rehabilitation, and social protection; but in this case, it seems like the primary motivation for the punishment of the little fish is retribution. However, students might bring up other reasons (for example, someone might be punished so that they do not do the crime again; punishment could be used to deter people from committing crimes). It might also appear that the punishment is far too severe for the crime and the fairness of punishment can be brought up. How severe should a punishment be after a certain crime is committed?

Trusting is a subtle theme in Klassen’s book that crops up when the crab sees the little fish swim away with the stolen hat and says that he won’t tell anyone where the little fish went. While this scene is brief, it can generate a fruitful discussion. In order to make this conversation accessible to the students, we will begin by asking the students about trustworthy people in their life and why they trust them. We will also tie this theme directly into the book by asking: if you were the little fish, would you have trusted the crab? Why? Their answers will likely get at what it is that makes a person trustworthy: qualities that the person has (such as loyalty), the specific person (a mother, a sister, a friend), actions that the person has done that have proved their trustworthiness, or the absence of lying. In this way, our initial questions will ultimately help the children to think deeply about the culminating questions of whether or not it is ever bad to trust people, and what it means to trust somebody.

“This hat is not mine. I just stole it … I know it’s wrong to steal a hat. I know it does not belong to me. But I am going to keep it.”

“The big fish swims into the plants and eats the little fish.”

“There is someone who saw me already. But he said he wouldn’t tell anyone which way I went.”

“There is someone who saw me already. But he said he wouldn’t tell anyone which way I went.”

Original questions and guidelines for philosophical discussion by Caroline von Klemperer and Andy Rodgers. Edited May 2020 by The Janet Prindle Institute for Ethics. 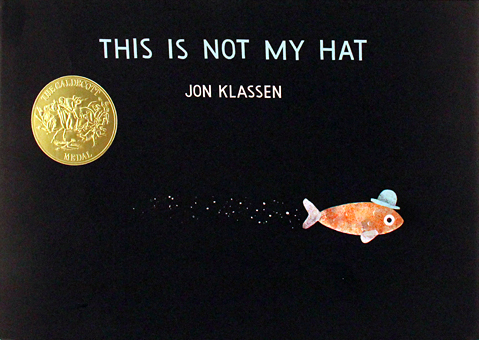