The Prindle Institute is honored to partner with Thomas Wartenberg as the digital host of Teaching Children Philosophy book modules. The Prindle Institute’s K-12 programming centers on the importance of narrative in teaching philosophy and has been greatly inspired by Tom’s work. At the Prindle Institute, we look forward to forging greater connections to the many communities Tom’s Teaching Children Philosophy has so positively impacted, and building upon the decades of work and intellectual history Tom has made available. Learn more about the history of the program below. 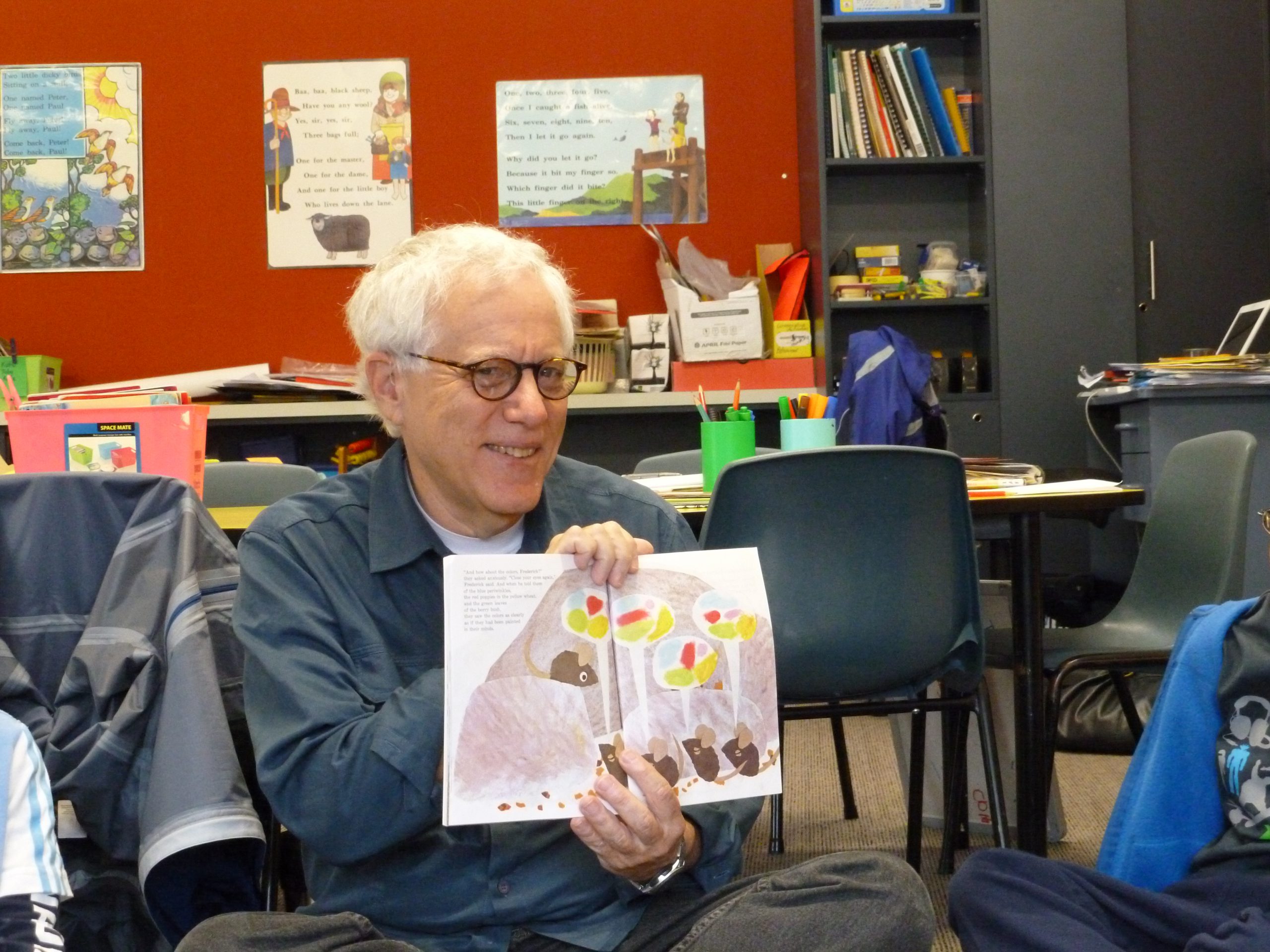 Thomas Wartenberg, Professor Emeritus of Philosophy at Mount Holyoke College, has been engaging kids in philosophical discussions for a significant portion of his career.

Tom’s interest in teaching children philosophy began when he noticed that his son was asking philosophical questions at an early age. These conversations often turned into moral discussions. Tom had long noticed kids’ curiosity about philosophy—he was struck by the research of Gareth Matthews—so in 1998, when his son started school, Tom decided to get involved. After meeting with the school principal, Tom started a program for teachers to learn how to get kids engaged in philosophy through picture books. Since reading was already a part of their education and so many books already present philosophical and moral problems, Tom found it to be a perfect fit. And in a school environment where it’s already difficult for educators to find time for each subject, integrating philosophy education into reading time benefits everyone.

Tom’s framework for teaching children philosophy is importantly different from how he approaches collegiate classes: college classes often focus more on the history of philosophy—information that is important to grown-up philosophers but not so helpful for youngsters engaging with hard questions for the first time. Thus, Teaching Children Philosophy builds around kids’ curiosity with stories, which can create new and exciting classroom dynamics through deep conversations.

Tom worked closely with Mary Cowhey, leading discussions once a week in her elementary classroom. Together, they made some of the first book modules that remain available on this site. As more teachers sought out Tom to supplement their classroom ethics and philosophy conversations, Tom realized he needed to take this volunteer project to his university.

Teaching Children Philosophy developed into an undergraduate course at Mount Holyoke College in 2000, in which Tom led his college students through the process of making teachable modules and then debuting them in second, fourth, and fifth grade classrooms. The University of Massachusetts and DePauw University have since taken up the course and more and more undergraduate and graduate student philosophers are learning the importance of working with children. Both the instructors who have adapted the Teaching Children Philosophy model and their students have made their mark on the Teaching Children Philosophy website, contributing to the growing list of book modules on the website (which now features over 200 books).

In 2007, Tom received a grant from the Squire Family Foundation which allowed him to transform his undergraduate Teaching Children Philosophy course into an introduction to philosophy course, broadening the number of students who could participate in the program. Thanks to the Squire Family Foundation, Tom had the support to redesign the original Teaching Children Philosophy website, begin his book project, Big Ideas for Little Kids, and organize the first-ever United States conference on children and philosophy.

The publication of Big Ideas for Little Kids led to a New York Times Educational Supplement feature, and its success resulted in a PBS documentary produced by Julie Akeret that aired in 2014. In 2012 Tom took the Teaching Children Philosophy curriculum to Wellington, New Zealand on a Fulbright grant, where he led classroom discussions in area schools and taught educator workshops. Tom has also written another book for general audiences about teaching philosophy through children’s literature which debuted in 2013: A Sneetch Is a Sneetch and Other Philosophical Discoveries: Finding Wisdom in Children’s Literature.

The website has become increasingly collaborative as more colleges take up the Teaching Children Philosophy model; Daniel Groll at Carleton College has encouraged a growing number of additions to the site. The website still receives over 50,000 visits a month, testifying to the community of learners and educators who benefit from the model.

In 2019, the Prindle Institute for Ethics invited Tom to give a workshop on Teaching Children Philosophy to local Putnam County K-5 teachers and a DePauw campus-wide talk on “Doing Philosophy with Frog and Toad: Introducing Children to Philosophy.” These lessons were later applied to the 2019 Express C.A.M.P. (Character, Attitude, Morals, Perspective), also hosted by the Prindle Institute. Local educators used the Teaching Children Philosophy model to create a week-long summer camp for kindergarten through fifth graders. All children also received their own personal copies of the books used in discussions, promoting personal reading habits. Tom also lent his expertise on the Examining Ethics podcast in an episode about ethics education.

On July 30, 2020, the Prindle Institute launched an updated and visually-refreshed version of Tom’s digital legacy. The Prindle Institute continues to add new book modules weekly, and is also working on broadening the number of modules available in Spanish.

Here are links to some of the press coverage of Tom’s work and the Teaching Children Philosophy Program:

Read about the course in The New York Times

Read about Tom’s work at the Island Bay School in Wellington, New Zealand