A series of tales exploring friendship, luck, generosity and anger.

Zen Shorts is the story of how Stillwater the panda becomes friends with three kids Addy, Michael, and Karl. Stillwater teaches each child lessons through stories that help them handle the events and emotions in their lives.

Zen Shorts is the story of how Stillwater the panda becomes friends with three kids named Addy, Michael, and Karl. Stillwater teaches each child lessons through stories that help them handle the events in their lives. When Stillwater shares the story of “Uncle Ry and the Moon,” he parallels the idea of unselfish giving with the tale of a simple man who was one day visited by a robber. Instead of disturbing the robber, he welcomes him into his home and gives him his only robe as a gift. Instead of feeling sorry for himself with nothing left to wear, Uncle Ry feels remorse for not being able to give away something as beautiful as the moon. This raises questions such as “What is the value of material things and what is their role in our lives?” What do we value most? What do we value least? Are the most valuable things in our lives material? Uncle Ry does not place value in material things but instead in people and interaction with them. This raises the question that while some material objects are necessary to our survival, which objects are really necessary for happiness? It also puts into perspective the relationships in our lives. Uncle Ry doesn’t consider the robber as a threat, because he places no value in his possessions. He instead views the opportunity as a chance to build a new relationship, which for him is far more valuable than his robe. This may imply that happiness is best achieved without material things. Often we focus on acquiring material things in order to be happier, but this story suggests that the less we value material objects the happier we might be. No one can take things that are not material, and so no one can take away our happiness if it does not depend on material objects.

Michael and Stillwater discuss how we interpret events in our lives and the effect this can have on our happiness. Stillwater’s tale, “The Farmers Luck,” tells the story of a farmer whose neighbors are always ready to accept his bad luck. After each negative encounter, they shake their heads and wish him better luck. The farmer does not waste any time worrying over the bad luck, and simply answers “maybe” after each comment. In the end, what the neighbors thought was bad luck turned out to be incredibly good luck; and instead of wasting his time worrying, the farmer instead accepted the events at hand in order to make the most of them. This brings into question how our perspective on events affects our happiness. In refusing to allow his supposed bad luck to ruin his day, the farmer avoids unhappiness. This suggests that perhaps it is not luck that matters but rather how we respond to it. For example, a person who gets a flat tire may consider it bad luck. But if we later learn that by getting the flat tire that person avoided a disaster by being a few minutes late, then we would think of him as being very lucky. In accepting the events at hand and dealing with them in the best manner possible, the farmer is able to see and appreciate the good luck in his life without overshadowing it with the negative. Luck is not what matters but rather our response to the events around us.

Karl visits Michael and is angry for telling him not to bring so many pool toys to visit Stillwater. While they play in the pool, Stillwater tells the story of two monks. One carries a young woman across a stream, and when she doesn’t thank him the other monk becomes angry. They come to the conclusion that the young monk was angry over nothing; because the older monk was unburdened by the events, and the young monk was letting them ruin his day despite the fact that they were long since over. Karl realized that while he was being angry at Michael, he hadn’t noticed how much fun they were having in the pool and that Michael had been right about bringing too many pool toys. Karl had let his anger ruin his day of fun, and he also missed valuable advice from his brother by holding onto his anger. This story examines the importance letting go of anger. In not letting the lady anger him, the older monk was better able to enjoy the remainder of his day while the younger monk suffered needlessly by carrying his anger. This story asks us to question the role of anger in our lives and if it’s really worth its weight. It shows how destructive anger can be and how much happier we are if we learn to let it go.

Original questions and guidelines for philosophical discussion by Thomas Wartenberg. Edited May 2020 by The Janet Prindle Institute for Ethics. 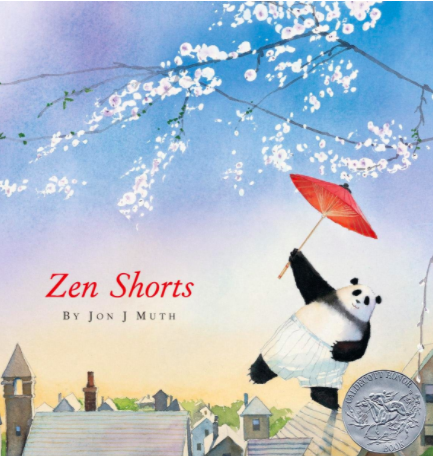