The Shortest Kid in the World

This story focuses on problems of bullying, conformity, and authenticity as they apply to a short girl named Emily.

Emily gets teased because she is the shortest kid at home, in her class, and on the school bus. Emily decides to adjust her height. She buys new shoes to wear to school that give her a boost. She makes her hair puffy to help add inches to her height. However, no one pays attention because of a new girl who is even shorter than Emily. Unlike Emily, Marietta is proud of her height and uses it to her advantage. Emily returns back to school dressed as she normally dresses, and learns how to accept her height.

In philosophy, bullying is also known as coercion. Coercion is a technique used by people to get others to do or not to do something. Few philosophers believe this technique is useless while others think that society needs some authorized coercion in order to function properly. Philosophers agree that in terms of politics, coercion produces the best longstanding results without enforcing violence.

The result of bullying is exemplified as we see Emily struggle to find her self-identity. During Emily’s transformation process, issues of conformity and authenticity are raised when Emily decides to change in hopes of being accepted by classmates and family. In philosophy, conformity is described as a social influence involving a change in behavior within a particular group. It is most commonly achieved when an individual succumbs to social norms. In Emily’s case, she is confronted by society’s pressure through constant teasing and bullying from her family and classmates. This influence causes her to want to be the same as everyone in hopes that if she appeared taller, she wouldn’t be bullied anymore. The issue of conformity is seen through this book in Emily’s desires to be like the other children in class. Is it better to be the same as everyone else or different? Some philosophers agree that the question of conformity is just a stage that everyone goes through at one point in life. Here we see Emily debating whether to endure the bullying and name-calling or to be like everyone else. After Emily makes some changes, she is shocked at the results. Even with her new self, Emily still does not receive the respect she deserves from her peers. Sometimes satisfying the needs of others is not the way to gain respect, Sometimes you have to go out on the limb and be different. When “tiny” Marietta enrolls in Emily’s class, she shows her that sometimes being different is a good thing. By openly embracing her height, Marietta is positively illustrating other ways to achieve respect. In this case, the character of Marietta is a primary demonstration that authenticity is better than being like everyone else. Because of Marietta, Emily eventually made the decision to switch back to her normal self. In doing so, Emily gained self-confidence as well as respect from others, proving that sometimes it’s better to be different.

Should Emily have changed her mind based on what other people said to or about her? 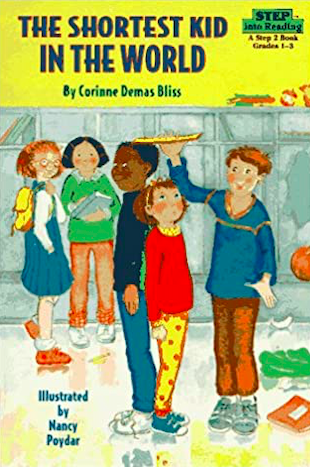