This is the story of a man in conformist suburbia who learns to embrace his own individuality.

Mr. Plumbean lives on a street where all the houses look the same, and everyone likes it that way. Everything changes when a seagull splashes orange paint on Mr. Plumbean’s house. He decides to paint his house to reflect his colorful dreams. Although the neighbors are upset at first, one by one they talk to Mr. Plumbean. He convinces them to use their imaginations to transform their own houses to reflect their dreams.

When Mr. Plumbean’s neighbors ask him to paint his house, he does so literally but does not follow the spirit of their request. Mr. Plumbean chooses to disregard the unspoken understanding that the neighbors hold about having a “neat street.” This raises the question of why having a “neat street,” in which all the houses look the same and lack personality, is so important to the neighbors. Issues of individuality and conformity can be explored through seeing how the quiet conformity of the neighborhood is left unchallenged until Mr. Plumbean’s house is splashed with a splot of orange paint.

Mr. Plumbean chooses the route of self-expression when repainting his house, thus demonstrating his autonomy as an individual; he acts upon his own independent and authentic desire to paint his house as he desires. This choice, however, raises the issue of whether it is always better to be different and to act according to your own wishes. Are there circumstances where exercising freedom of expression becomes inappropriate? Or do the standards that society and cultural norms attempt to enforce need to be challenged and broken in order for a person to realize their own individuality?

Eventually Mr. Plumbean’s neighbors realize that being different allowed them to realize their own unique dreams. Thus, this book also celebrates individuality, as the neighbors eventually appreciate each other’s choices to paint their houses as they wish. This raises the question of the importance and desirability of individuality. What are the benefits and risks of being an individual who rejects the values expressed by others?

The issue of conformity versus individuality was explored by philosophers in the Existentialist tradition. They believed that the pressure to conform to social norms had undermined the ability of people to develop their own unique abilities and personality. For the Existentialists, becoming an individual was the most important thing for a person to do. The Big Orange Spot allows children to explore this issue in a fun and entertaining manner.

At first all the houses on Mr. Plumbean’s street were the same.

Mr. Plumbean decides to be different by painting his house rainbow colors.

When Mr. Plumbean painted his house to reflect his dreams, what affect did this have on his neighbors? Let’s make a list of the things the neighbors do:

At one point, the neighbors “decided they would pretend not to notice” the rainbow house of Mr. Plumbean.

Mr. Plumbean says that “My house is me and I am it. My house is where I like to be and it looks like all my dreams.” 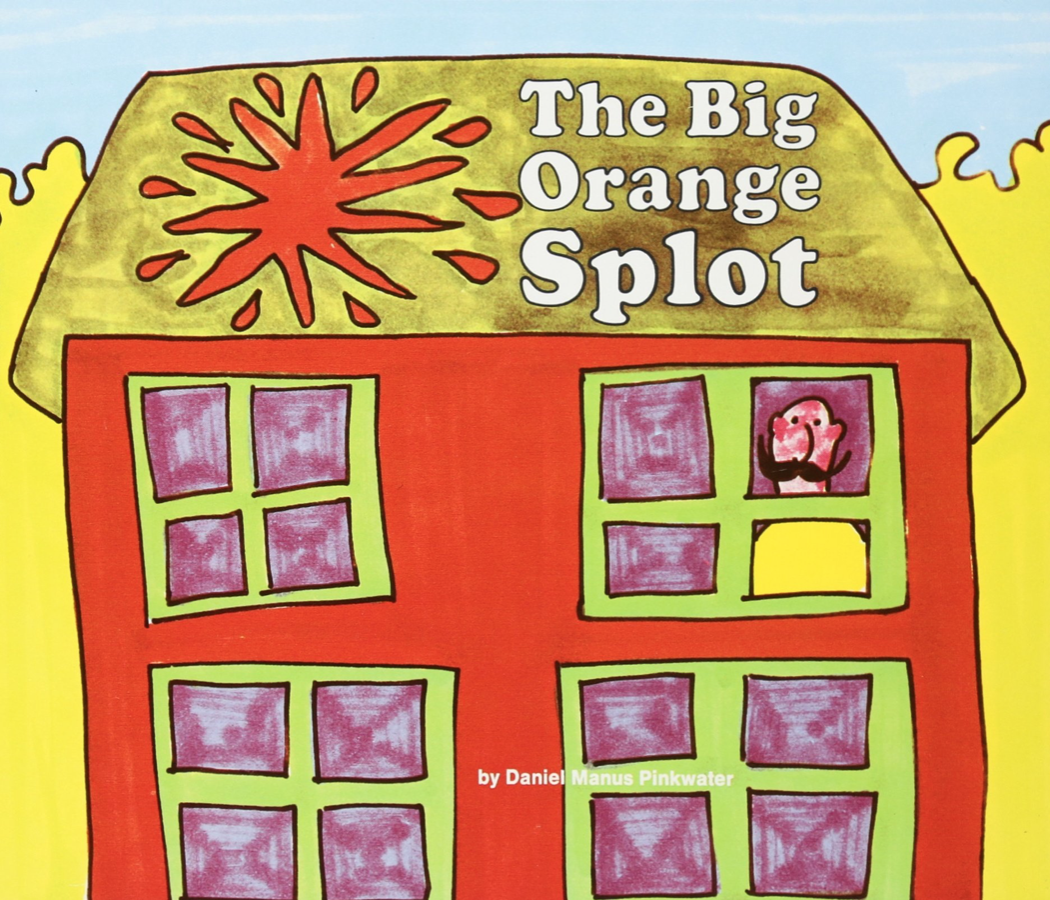