The Bee-Man of Orn introduces the idea from Socrates that “an unexamined life is not worth living.”

In the ancient country of Orn lived an old man called the Bee-man who spent his life in the company of bees. All seemed fine in the life of the Bee-man until an unexpected visit from a Junior Sorcerer sends him on a mission to examine himself. The Junior Sorcerer told the Bee-man that he had been transformed into something else. If the Bee-man can figure out his form, the Sorcerer promises to fix him. The Bee-man sets out to discover just what his original form might be.

The story of The Bee-Man of Orn can be read as a journey of self-exploration and examination. When told that he has been transformed into a Bee-man from some original form, the Bee-man is insistent on determining what he is “supposed” to be and becoming that thing. In framing the story this way, one is reminded of the mission of Socrates, the philosopher who emphasized the importance of knowing oneself and examining one’s life. Socrates made a mission out of examining his life and knowing himself. The Bee-man must do so as well.

In his journey to discover to his true self, the Bee-man rules out many possibilities. His intuitions guide him as he immerses himself in various contexts, seeing if they feel natural to him. The Bee-man always does what feels natural and right to him. An interesting philosophical topic that gets raised here is the role of intuitions in doing philosophy. The Bee-man’s quest for his true identity is a philosophical one. The Bee-man seeks to discover his nature, what he is most fundamentally. Yet, in doing so, he is relying on what feels natural, or in other words, what intuitively seems right. Philosophers often make appeals to intuition or common sense. But can we trust our intuitions? Why think they lead us any closer to the truth? Questions like these are important because one needs a sense of the tools available to do philosophy. If the Bee-man had not trusted his intuitions, what tool might he have used in its place? Or are our intuitions indispensable?

A significant event happens to the Bee-man during his adventure. When given a chance to save a baby from the gnashing jaws of a surly dragon, the Bee-man sacrifices his bees to save him. In doing so, the Bee-man stuck to his methodology of doing what seems natural and right. When the Bee-man himself realizes how strongly connected he feels to the baby, he realizes that he has discovered his original form: a human infant. What the Bee-man does not seem to realize, however, even after returning the baby to his mother, is that he had been quite courageous in his act of saving the child. In acting naturally, the Bee-man performs a heroic deed, an act of selfless virtue. This raises an interesting philosophical question: how could the Bee-man be so courageous and not even realize what he was doing was courageous? It seems that there is an underlying assumption about human nature being made in the story, namely that people are naturally capable of doing good and heroic things. Hence, another topic sure to inspire good philosophical discussion is about human nature. Are we naturally capable of doing altruistic things like the Bee-man did, or are we naturally just selfish and greedy?

Shortly before being sentenced to death, Socrates claims that the unexamined life is not worth living. The Bee-man lived a long unexamined life before ever embarking on his quest. But after his examination, his discovery, and finally his return, the Bee-man’s life ends up just as it was before. He is the Bee-man, and nothing, it seems, is going to change that. So what purpose did his journey serve? Is there any value in embarking on a journey if it is only going to lead you right back to where you started? According to Socrates, it is indubitably valuable. So if Socrates is right, even though the Bee-man ends up being the same old Bee-man he always was, there is something profoundly different about him at the end of the story. If Socrates’ claim is true, then the Bee-man’s life is meaningless at the beginning of the story but meaningful at the end. This raises another philosophical point of discussion. Is the Bee-man’s life somehow better for having gone on this quest of self-examination?

The Junior Sorcerer says that the Bee-Man has been transformed from something else into a bee-keeper.

When the Lord of the Domain kicks him, the Bee-Man decides he could not have been a mean person.

The Bee-Man throws his bees at the dragon and rescues the baby.

The Sorcerer returns to the country of Orn and discovers that the Bee-Man has grown up to be a bee-keeper, just as he did the first time. 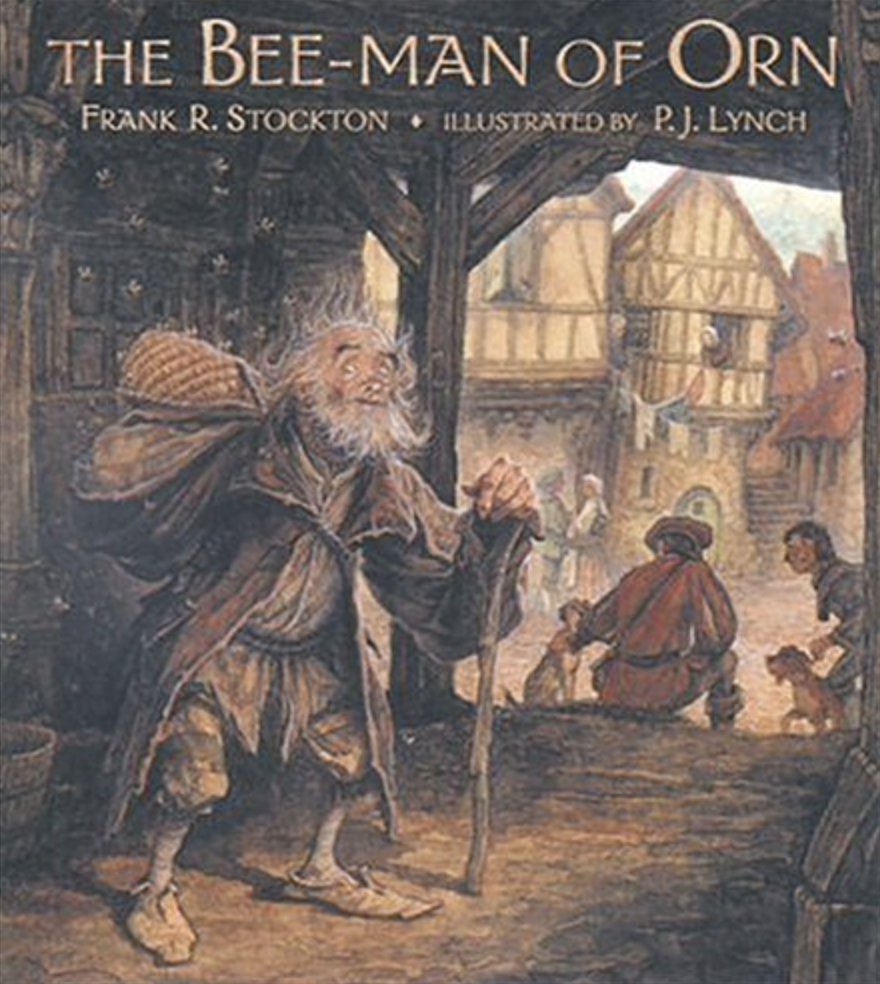