Mufaro’s Beautiful Daughters considers the importance of selfishness as compared to altruism and raises questions about happiness, beauty, and gender.

Both of Mufaro’s daughters are beautiful, but one is bad-tempered, and one is kind. When the King of the land asks the daughters to appear before him so he can choose a queen, the prideful, bad-tempered daughter decides to set out in the night so she can get there first. Along the path are many opportunities to show one’s true character. The kind daughter who follows the same path the next day makes different decisions – with different results and a surprising ending!

Mufaro’s Beautiful Daughters is about two sisters, Manyara and Nyasha, who are outwardly very beautiful, but who have completely opposite personalities. Manyara is selfish and assertive, while Nyasha is selfless and charitable. Word reaches them that the King of their land is searching for the “Most Worthy and Beautiful” girls in the land so that he can choose a queen. Both set out for the palace, but along the way, are met with people of various infirmities who ask them for help. As it turns out, these people are placed there by the King to test the character of the sisters. Manyara, in her haste to get to the palace, is rude and dismissive of these people; Nyasha, on the other hand, stops to help each one by sacrificing something of hers. When they get to the palace, Nyasha is chosen to be queen.

The moral of the story, which seems to be that kind, selfless people are deserving of reward while selfish, power-hungry people are not, raises perhaps the fundamental philosophical question, dating back to the ancient Greeks, which is: “What is the best sort of life to live?” We want the kids to wonder about the ethics and function of personality. The issue is not a simple one: evolutionarily, for example, a personality like Manyara’s has probably been more helpful in the persistence of human beings than Nyasha’s. If the meaning of human life is survival and reproduction, it seems we might want Manyara’s personality. But what is the meaning of human life? And is there something wrong, ethically, with Manyara’s sort of personality? What might that be? In Plato’s Republic, the argument is made that everyone, at their core, is like Manyara and that we behave like Nyasha simply because we are afraid of social censure. But if nobody would find us out, how would we behave? Is it better to be wealthy and predatory with a reputation for kindness and generosity, or kind and generous with a reputation for the reverse?

Another surefire way to arrive at a philosophy question is to take a concept and ask, “what is the nature of that concept?”. In this story, Nyasha is rewarded with power, with becoming queen. Accordingly, the question suggests itself: “What is the nature of power?” What, precisely, is it that kings and queens have that ordinary people do not? And what do they lack that ordinary people have? Leo Tolstoy, in War and Peace, argues that leaders have no real effect on their subjects since subjects will only follow orders that do not violate their essential natures. That is to say, for example, if a leader one day decided to order everyone in the land (including the army and police, etc.) to walk into the ocean, nobody would listen because the orders are ridiculous and violate the essence of who people are (in this case, rational creatures). That is to say, if following orders is a choice a subject makes, much as anything one might do is a choice (whether it’s the result of an order or not), then what is the special property of the leader after all? If one thinks it is controlling the means of punishment (the police, let’s say) that constitutes a leader’s power, remember that the argument applies at this level as well. What is making the police officer comply, except, perhaps, that he fears punishment from a higher authority? But what is making that authority comply since ultimately the chain must end with the leader, who has no ability himself to punish?

The story also raises the twin questions of the nature of worth and its relation to beauty. In the story, the King desires ‘The Most Worthy and Beautiful’ daughters in the land. What does it mean to be worthy, and must one be beautiful in order to be worthy? If not, why does the King have this added request for beauty? Would he reject a worthy queen who was not beautiful or a beautiful queen who was not worthy? Which is better, and what do you think? Of course, we might interpret the King as meaning that he wants both a competent ruler and a person of outward beauty. But we might wonder whether this interpretation compromises the worth of the King. Is a king a worthy king if he would reject worthy, but non-beautiful women as queens? Finally, and connectedly, what does it mean to be a competent ruler? What qualities make a ruler a good ruler?

Yet another philosophical question raised by the story is about the nature of happiness. The story claims that the girls’ father, Mufaro, is happy due to his pride in his daughters. But this happiness is based on a lie – he does not know Manyara’s true character. Is ignorance bliss? Can one be truly happy if one is living a lie? This question also dates back to Plato’s Republic, and his story about the cave, and was recently recast popularly in the movie The Matrix. Would you rather know the truth and be unhappy, or be happy with a lie? Is it, accordingly, right to lie to someone, if you think it will make them happy? Did Manyara do the right thing, then, by concealing her true nature from her father?

Mufaro, the girls’ father, is described as completely happy, because he does not know that Manyara is mean.

The King deceives Manyara and Nyasha by pretending to be a snake and by having them pass tests without telling them.

Original questions and guidelines for philosophical discussion by Daniel Lowinger. Edited June 2020 by The Janet Prindle Institute for Ethics. 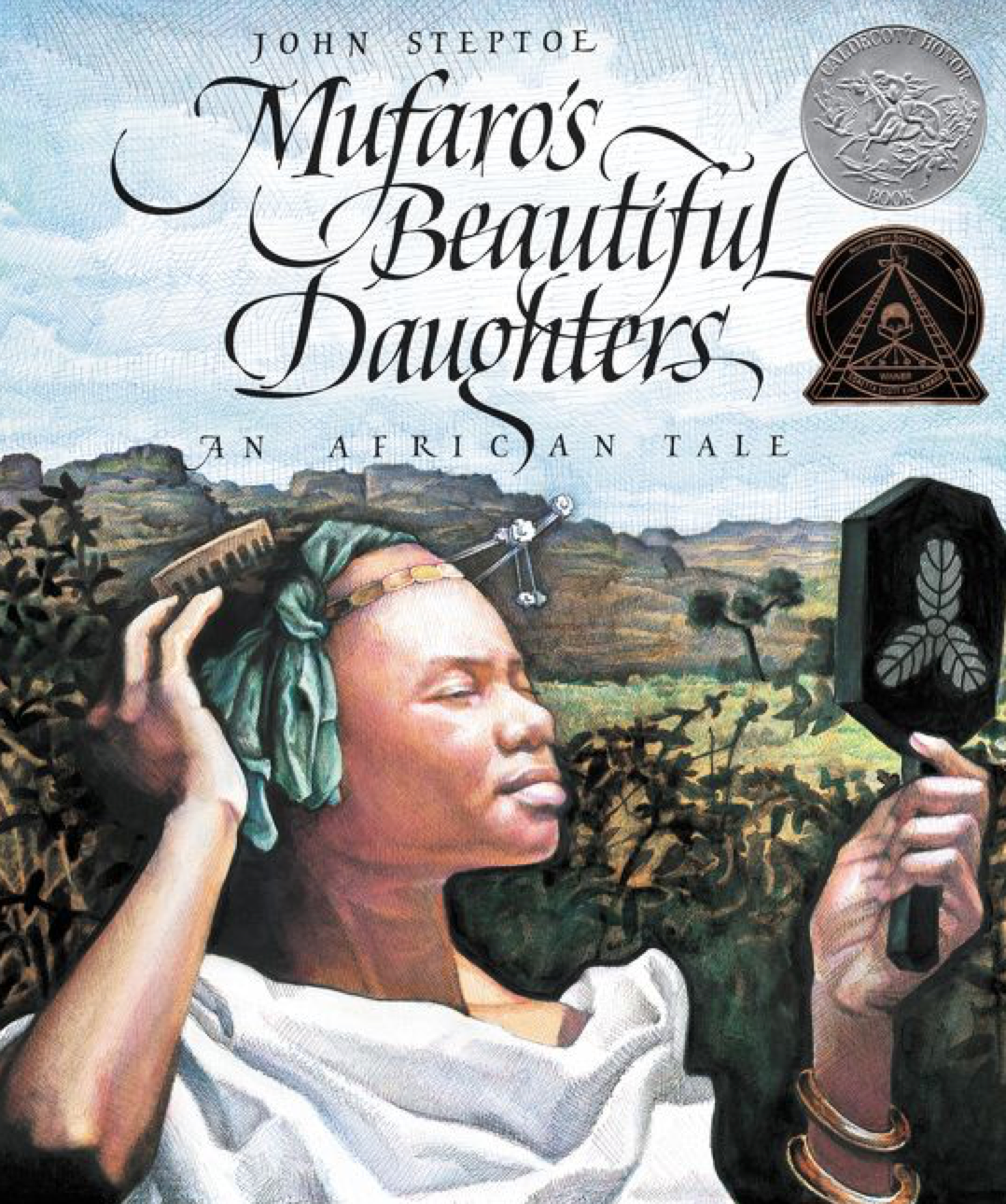