I Know the Moon

I Know the Moon explores how our differences in perception can lead us to “know” about things in different ways.

All of the animals have their own concept of the moon. They have an argument as to whose concept is the correct one. The owl interrupts them and says, “There is but one moon, we shall have but one answer.” They go to a man of science to find out the truth about the moon. When he tells them it can be only known through words, the animals are dissatisfied with his answer.

I Know the Moon is a story about perception and the search for what is true. Each of the creatures in the book believes he alone knows the moon. When their arguments lead nowhere, the night creatures turn to the Man of Science. Surely he will be able to settle their dispute. However, the man of science knows the moon only through books. His moon is nothing like theirs. All of the animals still believe that their perception of the moon is correct. In the end, they all look at the moon silently together.

This book was not written specifically to teach children philosophy. However, it has many philosophical ideas hidden within it. There are specifically at least three strains of questions: Is there only one truth? The aim of these questions is to get the children to think about whether there is only one right answer to questions in the world. Children naturally ask questions all the time, but do they necessarily expect that there is only one true answer? These questions aid the children to start questioning the idea of truth. There is often only one “right” answer within the traditional classroom; however, there are a lot of questions in this world that don’t seem to have only one answer. These questions may also bring discussion about how we can arrive at the truth and whether it is all right to agree to disagree. Can everyone have their own perception of an idea that is true to them? Can truth be relative? These questions are basically aimed at getting the children to question the concept that there might not always be a “right” answer for questions about the world.

How do you know what you know? These questions are geared to question how we acquire knowledge. Are you born knowing things? Do you learn from other things or from just being? When you “learn” things, is it possible that you already knew them, and it just took something to awaken the answers in you? These are questions that children may already wonder about. They are told that they should go to school to learn, but the idea of knowledge itself is often not addressed. Adults question the idea of knowledge all of the time. It makes sense to ask children what they think because they are starting their many years of education. Education is known as the quest for knowledge, so children should be able to question what knowledge is and how we know things. These questions are aimed to let children explore the idea of knowledge as well as the ways it may be acquired, if indeed it is acquired.

Can words express everything? These questions ask children what words are and whether words can express everything in the world. Children, as well as adults, will often feel that they can not find words to express what they mean. Does this mean that their vocabulary just is not large enough? Could it be that we just can not express everything through words? Do words shape what we can communicate? Can we learn everything there is to know by reading words? Are there some things that may only be learned through experience? Can some things only be felt and not expressed? These questions also bring up the idea of other forms of communication that are outside of word usage, such as dance or physical contact (hugs and kisses). Ultimately, these questions are geared to ask whether words can sufficiently express what we feel and know. Is it possible that we would have different thoughts if we spoke a different language because the words within that language are different? These questions allow children to think about the words they speak every day, and how they allow them to communicate.

All the animals had a different idea of what the moon is. Each of the animals was convinced that he knew the moon, and they all begin to bicker. The owl broke up the fight and said, “There is but one moon, we shall have but one answer.”

The animals go to the Man of Science to find out the truth about the moon.

The Man of Science believed the moon can only be known through words. He said, “Facts and figures all in orbit! Read the moon then absorb it.” The fox, however, said, “The Man says it’s made of letters. I know it’s more the spaces in between.”

The Man of Science said that you must look to words to know the moon. The fox doesn’t agree and says that the moon must be chased and felt and seen. All of the animals still feel strongly that their moon is the real one.

Original questions and guidelines for philosophical discussion by Paula A. Carpentier. Edited June 2020 by The Janet Prindle Institute for Ethics. 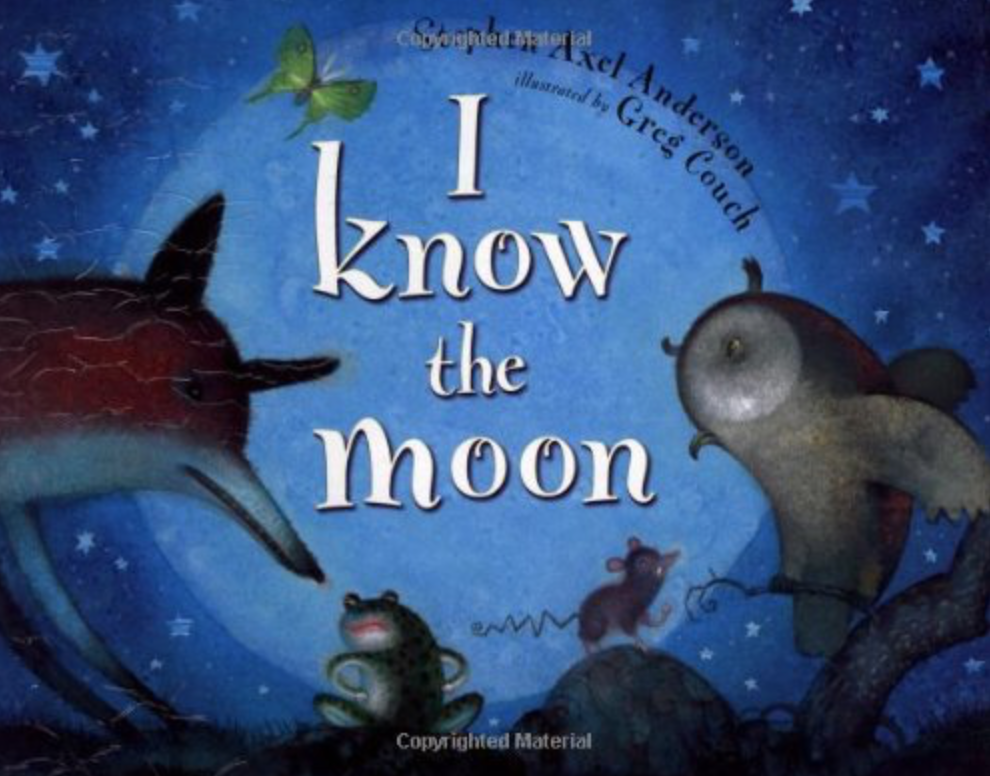