Harry is a happy dog who is white with black spots. He loves everything except for taking baths. When bath time comes around, Harry runs away and has loads of fun getting dirty. Before he knows it, he has changed from a white dog with black spots to a black dog with white spots. Harry starts to miss home, but when he returns, his family does not recognize him. How will Harry convince them that he is still Harry?

Harry’s appearance changes in the book, and his family does not recognize him. This brings up the issue of appearance versus reality. Though Harry did not appear to be the same dog, he is. In discussing this, the children will be confronted with the issue of how important visual recognition is in identifying objects. Humans have a tendency to judge without full information. Appearance becomes the most important factor in this. An example of this would be if a person who had never before seen a pear was told to identify it. That person could very well assume that the pear was an apple. Apples can also be green and have stems, so this pear could just be an oddly shaped apple. Without prior concrete knowledge, humans automatically make assumptions based on appearance; thus it can be difficult to convince people that something may not be as it seems.

The topic of appearance versus reality also brings up the question of whether we, as humans, can trust appearances. Sometimes what we see can fool us. An example of this would be a mirage in a desert or how a straw looks bent in a glass of water. We can see something with our own eyes and still be making a false judgment about it. This happens in the story when Harry’s family does not recognize him. Did Harry actually change, or is his family just misinterpreting what they are seeing?

Another important issue in this book comes from the philosophy field of metaphysics and concerns the idea of essential properties. Was Harry really the same dog after he changed? The children will have to think about how many properties of Harry can change before he is no longer the same dog. This issue has been long debated in philosophy. It is very hard to say the exact point at which something ceases to be itself. Let’s say that I have a wooden row boat. If part of my boat got smashed and sank to the bottom of a lake, would it still be the same boat? What if I replaced the smashed half of the boat with new materials? What if I filled the boat with dirt and planted flowers in it? When exactly would my wooden row boat no longer be the same row boat?

Harry the Dirty Dog also brings up the idea of home. Harry is out having fun and getting dirty, but still wants to go home. This raises the idea of having a sentimental connection to one’s home as well as what it takes for a place or a building to be a home. Is a place where a person lives their home, or is it where they grew up? The German philosopher, Martin Heidegger, had a theory that man was always in search for the place that would provide him with the longed-for happiness that the idea of “home” promises. He believed that man would undoubtedly seek out things that would remind him of home even in new and exciting places. He believed that an insatiable homesickness was just a part of the human essence. Harry the Dirty Dog provides an opportunity for thinking about the meaning home has for all of us.

When Harry becomes a black dog with white spots, his family no longer recognizes him.

Harry’s family knew him as a white dog with black spots.

Harry was having fun outside, but still wanted to go home.

Original questions and guidelines for philosophical discussion by Kelsey Brower. Edited June 2020 by The Janet Prindle Institute for Ethics. 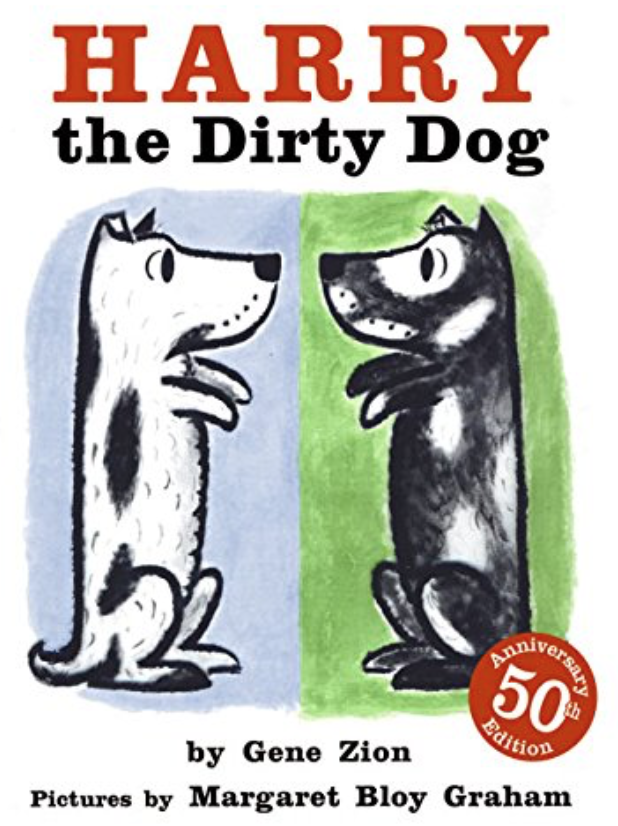