Goldilocks and the Three Bears

Looking at this classic tale through a philosophical lens can prompt discussions about selfishness, ownership, and perfectionism.

Goldilocks goes for a walk in the forest and comes upon a house. She enters and helps herself to porridge, sits in the chairs, and sleeps in the beds. Meanwhile, the bears who own the house come home and much to their surprise they discover the outcome of what Goldilocks has done to their porridge, chairs and their beds. Goldilocks wakes with a fright when she sees and hears the bears; she jumps from the bed and runs away as fast as she can.

Read aloud video by Read to My Child

Goldilocks and the Three Bears by Robert Southey is one of many modern interpretations of one of the most popular fairy tales in the English language. Readers are often relieved to discover that Goldilocks makes a quick escape out of the window, running back into the forest, saving her from what could have otherwise been a devastating conclusion. The moral reasoning of the story is strung between self concern/preservation and transgressive social rule breaking.

Most of the students in the class have probably encountered the story of Goldilocks and the Three Bears before. The facilitator of the philosophical discussion can thus ask if anyone has not heard of the story before. The teacher can also request that as Goldilocks and the Three Bears is being read, the students should be listening as if they are the bears themselves.

The theme in the story–how your actions might hurt others–is illustrated through the concept of trespassing (or possibly “breaking and entering”). When Goldilocks hears no answer after knocking on the cottage door, she enters and helps herself to the bears’ porridge, sits in their chairs, and finally falls asleep in the comfiest bed. Goldilocks has made herself right at home; apparently she does not consider whose house she is in and when they will be returning home. The first question set will guide the students in an explorative discussion on the definition of trespassing while asking them to refer to their own experiences.

The second philosophical discussion surrounds the issue of Goldilocks being motivated by selfishness. The common fable repetition of three involves Goldilocks trying three of everything until she finds something that is just right! Goldilocks feels a sense of entitlement to what does not belong to her. Modern terminology such as a “Goldilocks planet” or a “goldilocks economy,” named after the fairytale girl, suggest this driving towards perfect satisfaction. The second question set addresses how the students determine what is “just right”!

In the story, Goldilocks goes into the house and uses the things in the house without permission.

The story abruptly concludes with Goldilocks running back into the forest.

Original questions and guidelines for philosophical discussion by Joseph LaCoste and Mikala Smith. Edited June 2020 by The Janet Prindle Institute for Ethics. 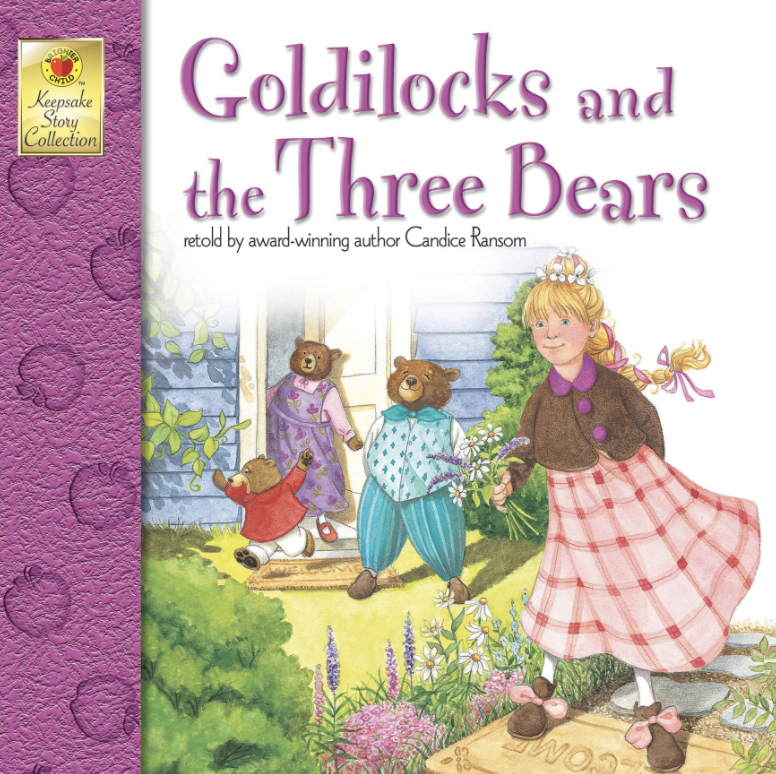