Frog on a Log examines questions about rights, responsibilities, and personal identity.

Unsatisfied with his assigned seat on a log, Frog asks Cat several questions about whether or not he may sit on certain objects and where other animals should sit. Cat attempts to provide a lesson in animal responsibilities via a tour of various animals and their special places to sit.

This book presents many different animals and objects with names meant to rhyme with one another. Although there are supporting pictures and the children will most likely understand the book’s examples, without knowing what the words are, a brief description of the various, non-everyday animals and objects would be beneficial for a deeper enjoyment of the story.

This book features a conversation between Frog and Cat, during which Frog asks a series of questions regarding where he and other animals may sit. Cat states that each animal has an assigned object on which he should sit (always one that rhymes with his name). At the beginning of the book, Cat orders Frog to sit on a log, but Frog objects, saying it is “hard and uncomfortable…and can give you splinters.” Were he to fulfill his obligatory role as one who sits on a log, Frog would have to endure discomfort and pain. Would it be excusable for Frog not to sit on a log or perhaps to sit on something else instead?

After Frog’s attempted justification of his refusal to sit on a log, Cat says that one’s seat is not based on comfort, but merely on “doing the right thing.” What, in this case, is the right thing, and how does sitting on certain things make something right or wrong?

In an attempt to understand what Cat would consider right or wrong, one might explore the ideas of social norms and ethical norms. All of the animals follow the social norms of the animal community by sitting only on the objects that rhyme with their names, regardless of their personal beliefs. The story does not provide any information about animals other than Frog that object to their assigned seat; however, one can imagine that at least one animal would be dissatisfied with his seat. For example, lions must sit on irons, which must be uncomfortable, yet the lion in the story does not verbally complain. The animals sit where they are supposed to, because it is a social rule. Frog’s refusal to sit on a log demonstrates his nonconformity to the social norms, while not violating the ethical ones, as sitting somewhere else does not do wrong to another (assuming there are multiple seats and he is not stealing from another animal).

An interesting reference supporting the philosophical claim put forward by Cat is Plato’s Republic, in which Plato describes a hypothetical utopian city in which each citizen is assigned a task to perform. The tasks are assigned based on skill, as each person ought to do the task for which he is best suited. Plato argues that it would be unjust for one member of the society to assume the role and responsibilities of another, as he would no longer be ensuring the efficiency of the society. Do you think Frog is behaving unjustly and disrupting the flow of the animal kingdom by refusing to sit on a log and attempting to sit on other animals’ spots (e.g. sofas, stools, and chairs)? Is it wrong for Frog to take other animals’ seats solely because he is unhappy with his own? Some philosophers believe Plato’s work about human nature to be too optimistic about the personal interest of human beings and an underestimate of people’s capabilities. In Frog on a Log, Frog challenges what Cat presents as an “ideal society,” in which there is an established system of responsibilities which all the animals must follow. Do you think the “ideal society” is completely against human (or animal) nature and should be abandoned?

Frog asks Cat if he may sit on a sofa, as he is able to stretch out on it. Should Frog’s possession of this ability to occupy the sofa allow him to sit there? You might ask the children to think of an example of something they are able to do but shouldn’t do.

In the end, Frog decides to do what he ought to and sit on the log, only to be sat on by a dog. In this case, acting in a way that satisfies his role in this animal society is to his detriment, and refusing to do so would have been self-preserving. Can it be beneficial not to do what you ought to?

Original questions and guidelines for philosophical discussion by Emily Crocco and Catrice Zhao. Edited June 2020 by The Janet Prindle Institute for Ethics. 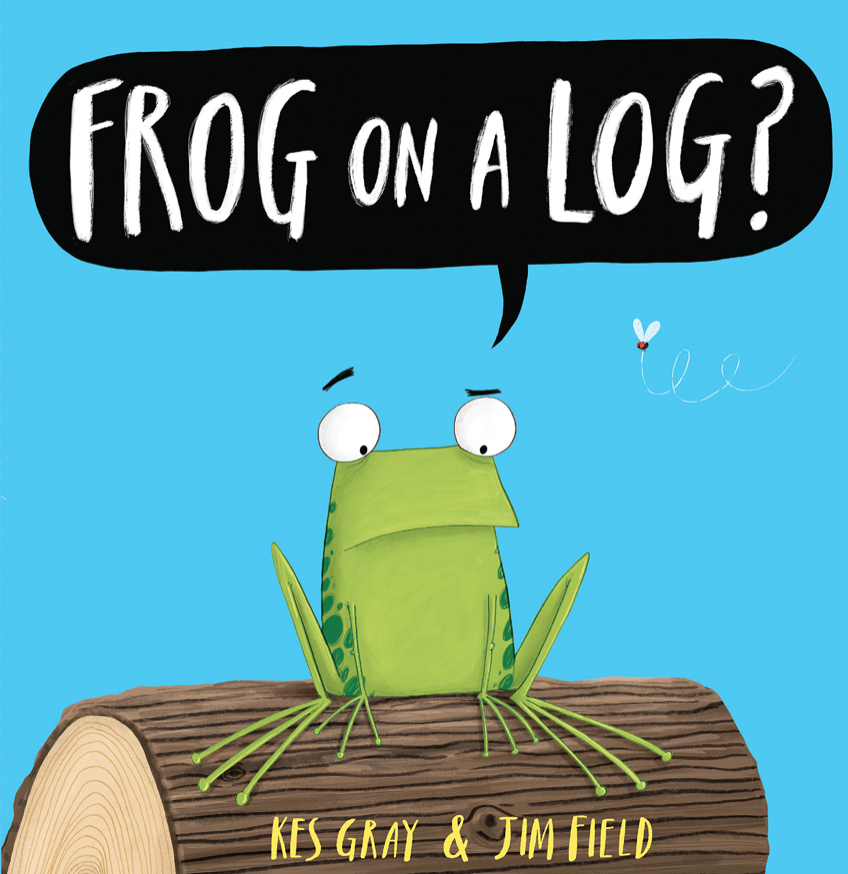