Miguel loves music and wants to be a musician someday, but music is banned in his house. His abuelita finds his guitar and smashes it, so Miguel steals the guitar of his favorite deceased musician, Ernesto de la Cruz, and plays it. This sends Miguel into the Land of the Dead where he meets dead members of his family. He learns a lot about his family and finds out that Ernesto was actually stealing his music from Miguel’s ancestor. In order to get back to the Land of the Living, Miguel’s Mamá Imelda gives him her blessing and Miguel helps to teach his living family to love music again.

Young Miguel is torn between his passion for music and the demands of his family. Miguel’s entire family makes shoes, but Miguel wants to be a musician. On Día de los Muertos, Miguel plays a guitar owned by Ernesto de la Cruz before he died, which magically sends Miguel to the Land of the Dead. He learns about the betrayals and deceptions in his family history as he cultivates a sense of identity for himself based on what his ancestors were like. Miguel is told that he must choose between his family and music, and struggles to figure out how he can have both. Coco addresses issues such as death, family obligation, identity, and stealing and deception.

Death and the afterlife are connected philosophical topics about which children have different experiences and thoughts. These themes are the subject of the first set of discussion questions. Some may not think much about death, some may have had a family member or pet die, and many may even fear it because what happens after we die, if anything, is unknown. Coco presents a distinct vision of death and the afterlife. It presents the opportunity for children to discuss the fact that death does not necessarily have to be scary, but rather it poses an opportunity to celebrate the life of the deceased along with all of their accomplishments. Additionally, through this discussion of death and Día de los Muertos, children can think about why some cultures view death so differently than our culture, and talk about the benefits of seeing it from another perspective.

The second set of discussion questions is about family obligation. Everyone comes from different backgrounds and family types, and everyone feels differently about their family members. Miguel loves his family a lot, but is frustrated by their determination to stop his passion for music. He is told he has to choose between his family and music, but is set on finding a way to have both. In this discussion about family obligation, children can reflect on and share what they think the nature of family is, and what one owes his or her family. Children can talk about what they do and do not owe to their family, as well as their thoughts on what Miguel should have done. Children can also assess whether or not it was fair for Miguel’s family to try to stop him from doing what made him happy.

The third set of questions considers issues of identity. Children are still trying to develop their identities and figure out who they are as people. They learn to like different activities, different colors, and more as they develop what makes them the person they are. Miguel is going through the same thing in Coco, as he tries to figure out his place in the world. He faces many setbacks, as he is told the person he wants to be, a musician, is not accepted by his family members. By visiting his ancestors in the Land of the Dead, Miguel learns a lot about his deceased family members and this contributes to his identity. Through their own discussion on identity, children are invited to try to define the aspects of themselves that make them who they are, whether that be through their passions, family members, or something else.

Finally, it is easy to pick out bad actions, but harder to explain what exactly makes them bad. Stealing from people is wrong and deceiving them is wrong, as is shown in Coco. The villain of this story, Ernesto de la Cruz, stole and deceived his whole life in order to acquire great fame and fortune, but hurt many people in the process. At the beginning of the story, Ernesto is Miguel’s idol, and when Miguel finally meets him, Ernesto throws Miguel into a pit. Children can see and understand how heartbreaking it was for Miguel to discover that his hero was really a villain the whole time and comprehend how being on the other side of stealing and deception feels. They can discuss the negative repercussions of making these bad choices and assess how those choices can hurt others. 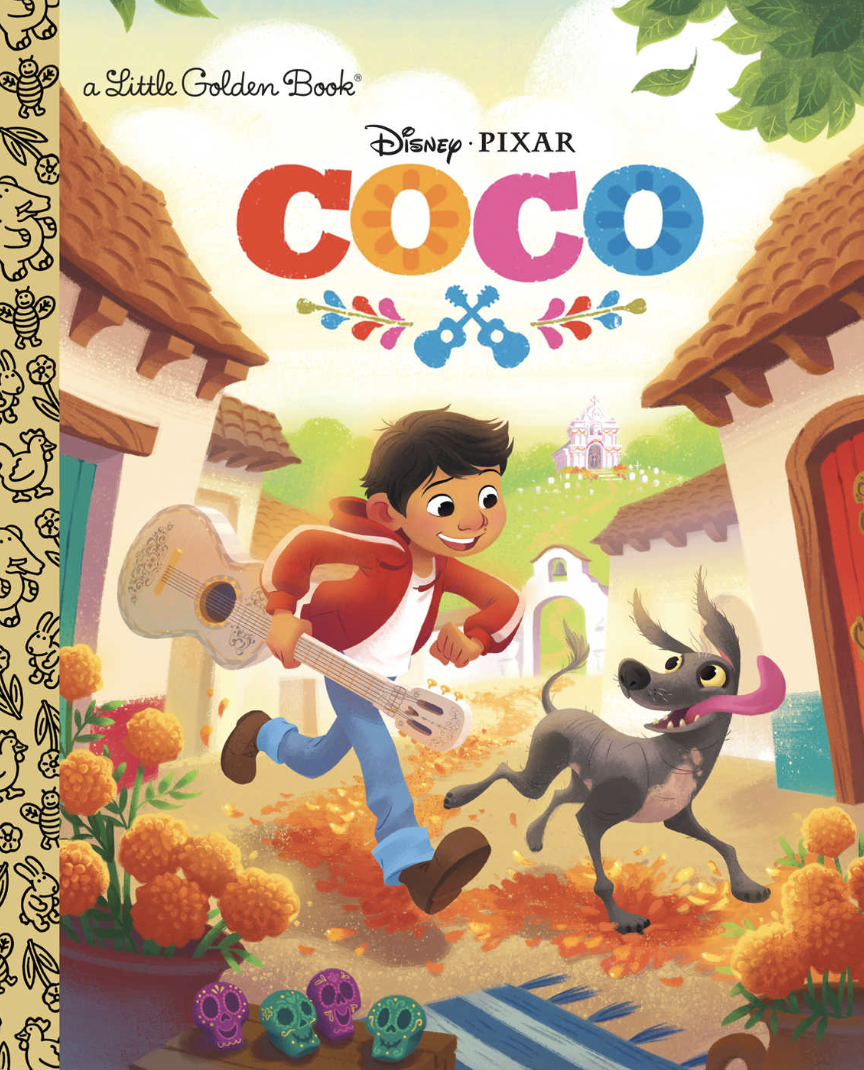