Monster Stew presents questions about the ethics of stereotypes, friendship, stealing, and bravery.

“Beans” is the tale of a hairy blue giant who falls from a beanstalk but later befriends a thief named Jack. Modarressi’s soft, padded-looking monsters have beady eyes and spiky fur, but their facial expressions show them to be good-natured and kind. The sepia-tinged palette of terra-cotta orange, claylike brown, and ash green likewise communicates warmth rather than inspiring terror. Modarressi wittily champions monsters and wryly implies that it’s people who need to learn some manners.

”Beans” is a fun story that is reminiscent of Jack and the Beanstalk. The story, from Mitra Modarressi ’s Monster Stew, explores the evolving relationship between a poor boy’s family and a monster. The story is rich in philosophical themes such as stereotyping, stealing, friendship, and identity. All of these topics can be thoroughly explored with a group of elementary school students.

To help support his family, the boy has been stealing from the rich and “selfish” monster for a long time. Finally, however, the monster catches on and chases the boy up a beanstalk and pursues the boy to his family home. The mother cuts down the beanstalk, causing injury to the monster. Seeing the helpless condition of the creature, the family takes him in and nurses him back to health. During this time, the family slowly drops their negative impressions and stereotypes of the monster. He eventually earns their affection and friendship. In fact, he becomes a member of the family.

Clearly, stereotypes are a central theme of the story. Early on, the monster is the “bad guy”. However, as the family develops a positive relationship with the monster, he loses his negative identity and becomes a warm and good fellow. His identity changes as he becomes better known. This is a philosophical issue that children can easily grasp – how we often mistake what people are really like. From this story, children can tackle issues such as whether stereotypes are reality, and how stereotypes can be both harmful and beneficial. Children can be shown that although someone might be mean, they aren’t necessarily bad. In fact, the story shows that good can be found in just about everyone, even if they act like a monster.

All groups have stereotypical characteristics associated with them. Those traits carry through to the individual members of the group, causing other people to judge them based on prejudices about the person’s ethnic or cultural background. Even our professions provide others with certain stereotypes. For example, most people see a doctor as a kind of savior, a person of strength, bravery, good judgment, and a willingness to help.

Stereotypes can have both positive and negative connotations. When strangers offer children candy to entice them into the predator’s car, children know to run and call for help. Strangers with candy are dangerous. But a doctor is the opposite. She is a person who cares about people and helps make sick people well.

“Beans” effectively tackles the moral issues of stealing, of what is right and wrong, and how sometimes there are grey areas where it is not always easy to tell what is right or wrong. Someone who steals is a thief. This is clear and simple. People who steal a candy bar at the store are arrested, pay a fine, and ALWAYS deserve their punishment. Or do they? This story makes being a thief sometimes ambiguous. Perhaps it’s okay to steal if it means survival. Maybe it’s okay to steal from bad people or rich people. This consequentialist theory — that if the favorableness of the act outweighs its unfavorableness, then it is morally right — is a great topic for school discussion.

These topics will give the kids an opportunity to look inward and hopefully begin to better understand how human relationships work. The story will also help kids to see how important it is to look beneath the surface of others to find theirs and the true selves of others.

The boy and his family were very scared of the monster at first.

The monster stays with the boy and his mother and becomes a dear friend.

The boy took a huge risk taking things from the monster.

The family also took a risk when deciding to give the monster a chance.

The boy decided to keep stealing from the giant up until the point of getting caught and possibly putting himself and his mother in danger.

Original questions and guidelines for philosophical discussion by Cassandra Burns. Edited June 2020 by The Janet Prindle Institute for Ethics. 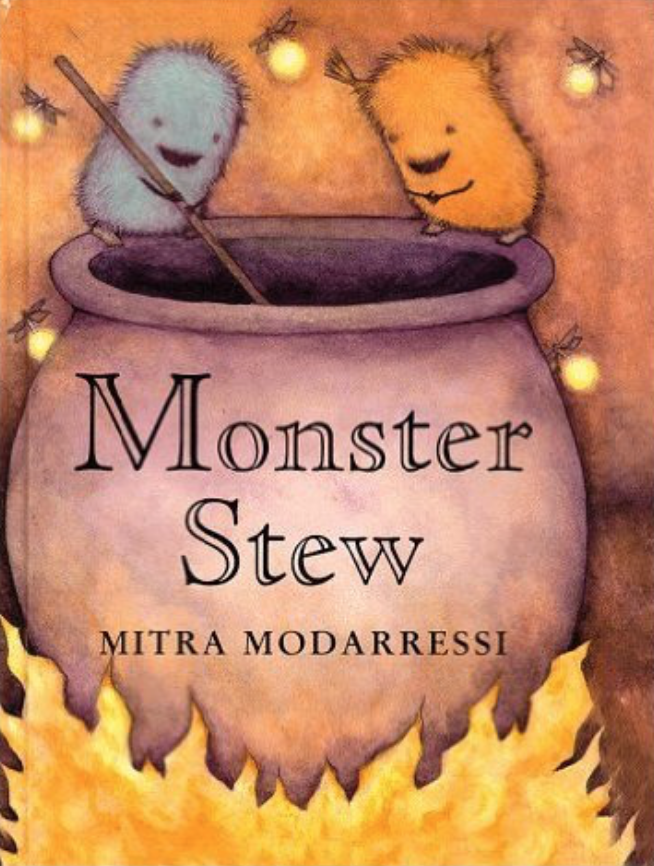