Anansi and the Moss-Covered Rock

Anansi is a spider who tricks other animals whose story teaches us why deception and selfishness are wrong.

This story, retold by Eric A. Kimmel, is about a spider named Anansi who deceives fellow animals in order to take food they have gathered for themselves. When anyone looks at the magic rock Anansi finds and says a certain phrase, they fall unconscious. He uses this trick on six of the animals by bringing them to the rock. Little Bush Deer plays this trick on Anansi and helps the other animals take back the stolen food, but in the end Anansi has not learned his lesson.

The character of Anansi originates from the folklore of West Africa and the Caribbean where he is a prominent figure that plays the role of the trickster. Typically, Anansi’s deceptive and greedy nature is used to teach a lesson. By examining his character, we can explore several philosophical issues in the story. The first overarching topic is that of morality, and within this there are salient subtopics such as deception and stealing. Anansi uses trickery to steal food from other animals over and over. You can come across deceptive people in your life and sometimes may participate in deception yourself.

To focus on the issue of stealing, young children may be faced with opportunities to steal from siblings, a classmate, or simply a small piece of candy from a grocery store. If taking candy from the store does not seem to have an effect on anyone, why would it be wrong? If no one finds out that you took a felt marker from a classmate, what is the problem? Using these types of examples may help get the children to assess stealing in a relatable way.

Anansi deceives the other animals over and over using trickery. The idea that it is wrong to lie is often expressed to children, but reasons for why this is true are not always thoroughly explored. Children can come across trickery in various ways, such as magicians or even a surprise birthday party. The key to the difference is defining what makes certain types of trickery or deception acceptable or not. Another way children may be able to relate to the concept of deception is the idea of cheating on tests. If they saw someone cheating, would they tell the teacher? What if it was a very good friend of theirs? (It may also be important to stress not to bring up actual occurrences of this during the discussion to maintain focus on the discussion of the philosophical issue.) Playing pranks on each other is another example of a situation where children may use trickery. Would playing a prank be wrong? Little Bush Deer employs the same type of deception to try to teach Anansi a lesson. Is deceiving someone after they have deceived you the right thing to do?

Anansi acts very selfishly as he steals the food the animals have spent time gathering, because he is “too lazy” to get anything for himself. As an indirect result of his laziness, he loses all the food he slyly attained. Many people believe that it takes time and effort to get anything worth having. Often, we expect that working allows us to obtain materials in an honest way. Why is it important to work hard to get things we want? Would the students feel better about receiving a good grade when they have worked really hard to get it? Anansi claims to be “very happy” after he swipes the bananas, yams, and other food items. The idea that stealing makes him happy brings up the issue of what makes you happy. For example, is receiving gifts at certain holidays the most important thing? Anansi makes all the other animals very sad. Can someone feel truly happy when they are acting in a deceptive way and are making others unhappy? In turn, this brings up whether our happiness can be connected to the happiness of others around us.

He couldn’t wait to play his trick again.

Anansi loved bananas, but he was too lazy to pick them himself. Anansi ran back to Elephant’s house and made off with all the bananas.

Lion was very sad. But Anansi was very happy.

Original questions and guidelines for philosophical discussion can be found here. Edited June 2020 by The Janet Prindle Institute for Ethics. 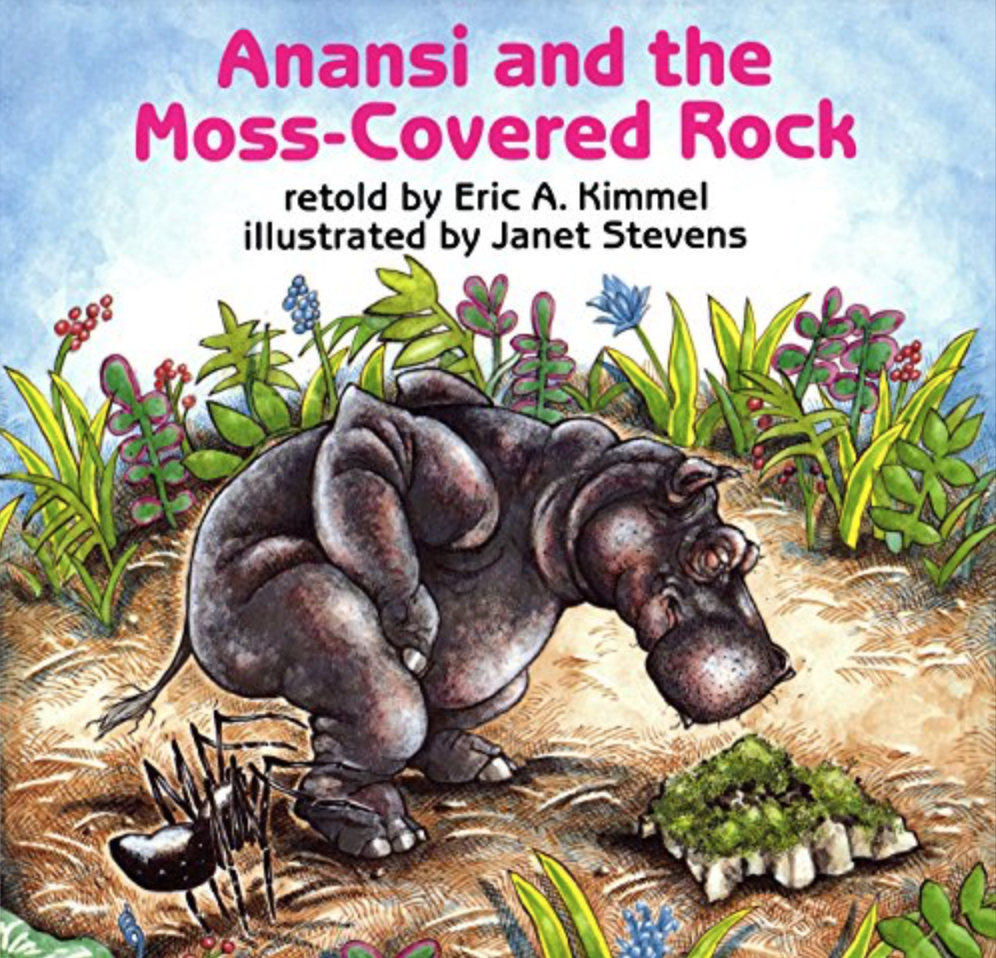