A Promise is a Promise

Allashua is a girl who breaks a promise she made with her mother and goes fishing in the cracks in the ice. Despite her mother’s warning about the Qallupilluit, a creature that grabs children when they are too near the cracks in the ice, Allashua makes fun of the creatures. When the Qallupilluit appears, Allashua is faced with a dilemma and realizes the importance of keeping promises.

This story highlights the idea of promises and being truthful, concepts which children can easily understand and relate to. The concept of what is right and wrong can also be integrated into the discussion when evaluating the decisions that Allashua made in the story. At the beginning of the book, Allashua lies to her mother and breaks the promise she made to her mother by going to the cracks in the ice. If she had not gone down to the ice in the first place, then the Qallupilluit would not be after her and her siblings afterward. The line, “A promise is a promise,” recurs throughout the story and different situations associated with promises make up the majority of the story, emphasizing the importance of promises. These situations can include making promises, breaking promises, obligations in regards to keeping promises, and so on.

Promises have been examined by philosophers and are seen as a type of verbal contract between individuals. In making a promise, one is expected to stay true to their word and come through with that promise. The different components of promises can be discussed, such as the importance of promises and the purpose of promises. Every child has made a promise at some point in their lives. Starting off the discussion with the question of why people make promises is a good way to get the children thinking at a higher level by examining this simple everyday occurrence. The moment when Allashua makes a promise with her mother can be revisited to ask the children whether or not they have been in a similar situation with making a promise with someone in their lives. It is possible to draw from the experiences of the children to facilitate a discussion that will be relevant and interesting for the children.

If children have had the experience of making promises, then they might also have the experience of breaking a promise. There are different ways to break promises. The story presents two ways in which a promise can be broken; when Allashua lies to her mother, and when Allashua’s parents trick the Quallupilluit. Other ways that one can escape from a promise can be suggested by the students and be further discussed. An example of escaping a promise would be when someone released from a promise.

Truth is a central topic in philosophy. Usually, telling the truth is associated with good and the right thing to do. It can be interesting for the children to discuss the subject of truth, as presented in the story, to better understand the complexities that are associated with truth. This discussion can provide students the opportunity to reflect upon any opposing views, contrary to what they may have been taught, such as not having to tell the truth at all times.

Obligations are a part of promises because it is expected that promises are to be kept; thus people are obligated to keep promises. This topic can be used to discuss the keeping of promises and the verbal contract that a promise represents. A thorough examination of promises can be conducted.

The supernatural can also be a possible source of discussion. The students can discuss whether or not the Quallupilluit actually exists. The distinctions between reality and fantasy might be explored and may be very interesting for the students to think about.

“I promise to go fishing in the lake and not in the ocean, and a promise is a promise.”

So Allashua set out like she was going to go to the lake near her house, but when she got to the end of the street, she didn’t go to the lake.

She drank ten cups of hot tea with lots of sugar and said, “I went to the cracks in the sea ice.”

A promise is a promise.

Original questions and guidelines for philosophical discussion by Michelle Truong. Edited June 2020 by The Janet Prindle Institute for Ethics. 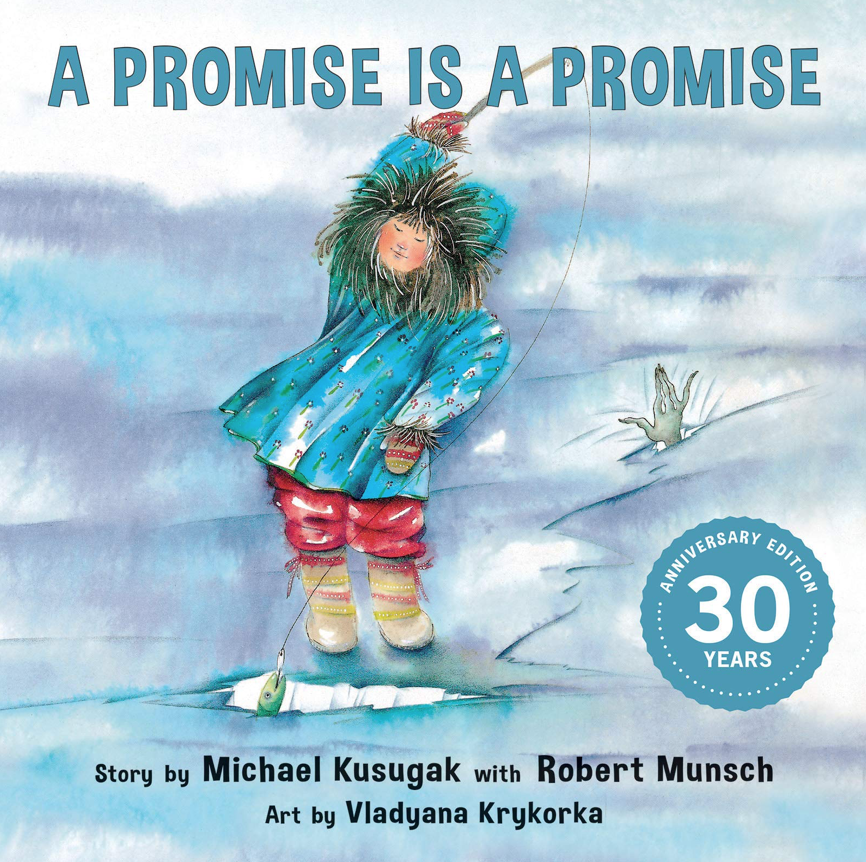