A Color of His Own

A Color of His Own follows a chameleon exploring the issues of personal identity, conformity, and the value of friendship.

A little chameleon is distressed that he doesn’t have a color of his own like other animals. He is very sad because he cannot move around without changing color. Because he wants to have a color of his own so badly, he finds the greenest leaf and decides to stay there forever. This works until the seasons start to change, and the leaf turns to yellow and then to red. Finally, he finds another chameleon who also changes color and suggests that they travel together. The two chameleons set off on a new life of adventure.

Leo Lionni’s story about the color-changing chameleon prompts questions related to the philosophical issues of identity, change, friendship, and well-being.

On the chameleon’s quest to find a way to stop changing color, he labels himself as different from the other animals and acts as if this difference is socially unacceptable, thus isolating himself until he can solve his supposed problem. This raises issues of conformity, identity, and personal appearance.

In philosophy, the term “identity” usually refers to some element or characteristic that makes an entity identifiable as distinct from others. In the book, the emphasis is on the chameleon’s visual appearance, and specifically its inability to remain one color as all the other animals do. In the case of human beings, appearance can become an issue of personal identity: how do we know that a person is the same person when many of their characteristics change over time? Some philosophers think that personal identity can be judged by a person having the same characteristics over time, or the changes being so gradual and continuous that they seem the same. Others argue against this external view of identity, asserting that identity comes from inside a person, say by their having memories of their previous “stages.” The story can be used to create a discussion in which students can think about their own identities and how visual appearance might define them. It can also be used to bring up social conformity; one could use the chameleon’s attempt to be like others to start discussion on fitting in with one’s environment. What changes for the students depending on their situation? The students might talk about change in behaviors, attitudes, or clothing style in relation to subjects like popularity, their friends, or what is socially appropriate for the situation.

At the end of the story, the chameleon finds another chameleon who changes colors, just like him, and he no longer feels isolated and alone. The two chameleons decide to stay together and are happier together. This turn of events raises questions on the nature of friendship and one’s happiness or well-being. According to Aristotle, having friends is necessary for a person’s well-being. Aristotle philosophized about the different kinds of friendship that could exist. The two basic forms of friendship for Aristotle are those that come about through mutual benefit, or friendships of utility, and those that are true friendships, where the friend takes the other’s well-being to be significant. One topic to discuss is what type of friendship the chameleon has with the chameleon he finds. Is he only happy now that he has found a friend, or at least, someone just like him? It has been argued that friendship has three necessary components: ‘Friends must enjoy each other’s company, they must be useful to one another, and they must share a common commitment to being good people’. Naturally, these are not universally agreed upon notions, and views other than Aristotle’s exist. Contemporary philosophers have suggested that friendship is defined by the principle that friends must enjoy each other’s company, and the idea of utility seems difficult to mesh with friendship. Others have argued that relationships, like friendship, are personal and voluntary but work within societal constraints of class, gender, age, ethnicity, etc., thus causing philosophers to question whether real choice is involved in making friends.

Is this the case for our chameleon? Has he only found a friend now that he has found a suitable social match? Is this a selfish act on the chameleon’s part, or in spending time together, is it possible to create a friendship based on more than similarity and innate social acceptance? These are the sorts of issues that can be fun to discuss with children, and that might help them to reflect on the importance of friends in their lives.

The issue of friendship may also raise questions about the chameleon’s lack of relationship with the other animals. Did the chameleon never attempt to make connections; did he isolate himself in response to his own fears? Could the chameleon have been friends with other, different animals? These questions can easily lead the children to think about important questions regarding their own lives and relationships.

Unlike the other animals (elephants, parrots, etc.), chameleons change color wherever they go. They change color to match their surroundings.

The chameleon stayed on the leaf in order to stay one color and stop changing.

The chameleon eventually meets another chameleon (just like him), and they decide to stay together. The chameleon is finally happy.

Original questions and guidelines for philosophical discussion by Jenna Lenz and Matthew Rudy. Edited June 2020 by The Janet Prindle Institute for Ethics. 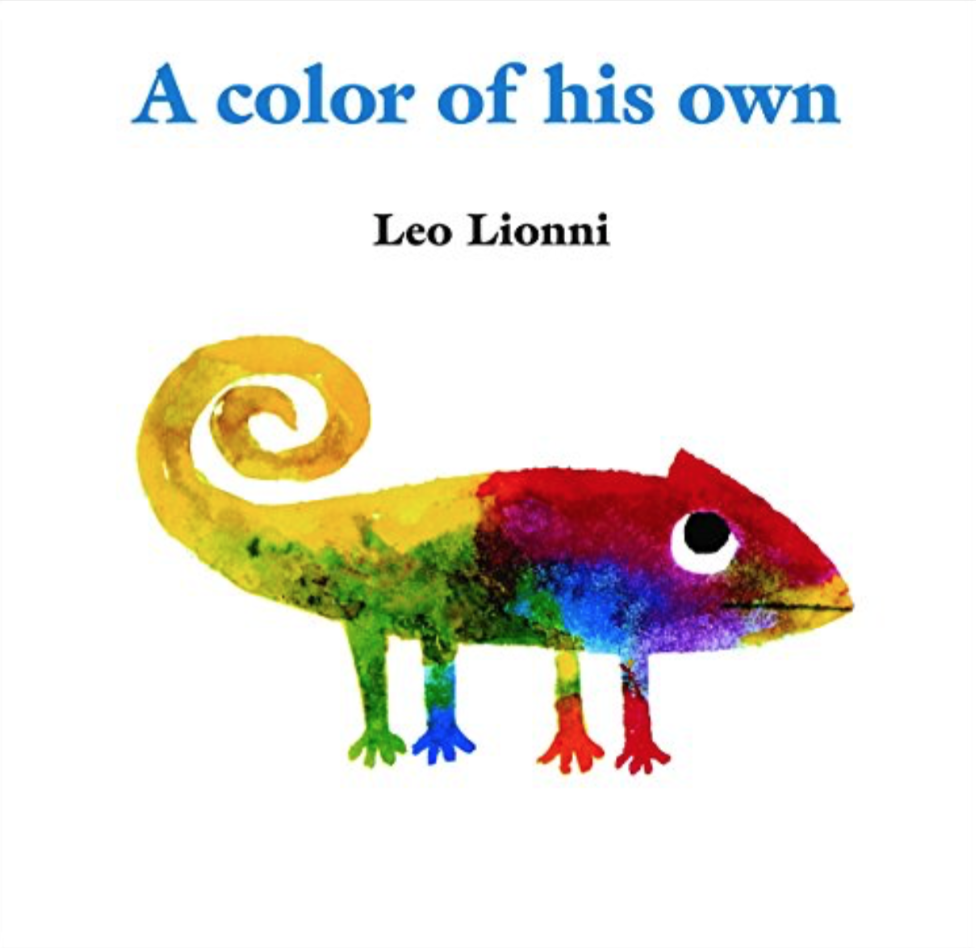