This Disney version of J.M. Barrie’s classic fairytale addresses questions of justice, the fear of growing up, and how to navigate the world’s possibilities.

Wendy, John, and Michael Darling are siblings from London who are invited to visit an island where they can stay children forever: Neverland. Peter Pan teaches the Darlings how to fly as they head toward the second star to the right, where they encounter mermaids, pirates, and more. One pirate in particular, Captain Hook, wants to kill Peter Pan and kidnaps the Darlings and their friends. In the end, Peter Pan and Captain Hook fight and Peter is able to save the Darlings and get them back home to London.

Disney’s fairytale “Peter Pan” explores a magical island called Neverland, where no one ever has to grow up. A magical boy from this island, Peter Pan, flies three children from London, England to this magical place to show them how much fun staying young forever could be. The Darling children find themselves enchanted by the beauty of the mermaids, the danger of the pirates, and the overall charm of Neverland and Peter Pan. They encounter many problems on this island, though, such as being kidnapped by the pirates and forced to walk the plank. These problems and other questionable situations present opportunities for philosophical discussion. The book raises the issues of bravery, fear of growing up, justice, and possibility.

One way children learn about bravery is via heroes in stories. Children learn to recognize situations in which they might be scared and evaluate whether it is time to be brave and face their fears or to take a step back. Through discussing the book, students can evaluate what it means to be brave in scary situations, put themselves in the shoes of those making brave decisions, and consider what they might have done in similar situations. They can talk about whether they would have walked the plank like Wendy did and whether they would have come back to Captain Hook’s pirate ship to save all of their friends like Peter did.

Some children want nothing more than to be an adult, but others are not so sure. Peter Pan is known as the boy who would never grow up. Some believe this trait comes from Peter’s fear of growing up, as he sees childhood as much more fun than adulthood. The fear of growing up is a great philosophical theme to discuss with children so they can assess their own fears when it comes to adulthood. Perhaps they can’t wait to grow up, but they also might have some fears about it themselves. Children will have the opportunity to identify what exactly is so scary about growing up, and what they may gain or lose in the process. They can also consider what it means to be a grown up and whether adulthood comes from age or experiences.

Justice is another concept Peter Pan raises. The question set offers an opportunity to reflect on meanness and whether if someone is mean to you it is okay to be mean in return. The question set explores the perspective of the villain. Most children will root for Peter Pan in his battles against the terrible Captain Hook, but Captain Hook seeks justice for Peter cutting off his hand. Children can discuss whether Captain Hook deserves. This will allow children explore the conflict between Peter Pan and Captain Hook from another perspective, and perhaps encourage children to consider the perspective of their peers when they interact.

Peter Pan also raises the philosophical theme of possibility. The question set encourages children to explore the difference between real life and fantasy. They can talk about the different imaginative aspects of the story of Peter Pan such as the mermaids, pirates, and flying, as well as how to tell what is possible in real life and what is not. It also allows children to discuss the possible existence of things that they have never seen in real life.

Fear of Growing Up 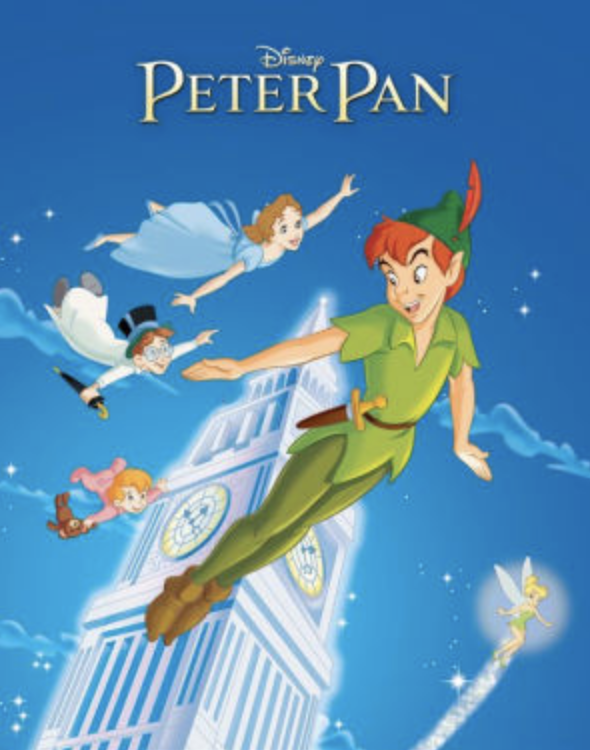