Trosclair and the Alligator

Trosclair is a young boy living by a swamp in Louisiana. He is told not to go into Bee Island Swamp because of the terrible alligator, Gargantua. Trosclair and his dog Ollie go into the swamp, despite his father’s wishes. They climb a tree, and Gargantua appears below them. Trosclair tricks Gargantua into eating a beehive instead of his dog Ollie. Gargantua runs away and is never seen again.

Nature of Lying and Deception

The nature of lying and deception appears when Trosclair is talking to Gargantua. Trosclair deceives Gargantua, but does he lie to him? He does omit parts of the truth, but never says anything that is false. By asking the children whether they think Trosclair deceived or lied, the children can think about what they take lying and deception to be. If they think Trosclair lied, then you can ask if he said anything false. When you ask the children, they may say the intention of the speaker determines whether or not they are lying. Once you have determined what the children believe lying is, you can approach the idea of deception. When someone says something with the intent of making you believe something false, we call this deception (whether that statement was a lie or not). It seems like Trosclair deceived Gargantua in this story. He deceives him by convincing Gargantua that eating the beehive would be better than eating Ollie. Trosclair said, “It’s just full to bursting of the sweetest, TASTIEST honey you’ve ever seen it,” knowing full well that Gargantua would believe him. Trosclair intended for Gargantua to believe the sweetness of the honey, but conveniently left out the harm that would come from eating the bees. This might be a good moment for you to ask the children whether omitting information could be considered a form of deception. Maybe ask them to recall a time when they did something they knew their parents wouldn’t appreciate, so they told a “half-truth” and conveniently left out the more incriminating details. This can help the children start to define what they take deception to mean. At this point, you can start to distinguish the differences between lying and deception.

Permissibility of Lying and Deception

After establishing the nature of lying and deception and identifying the differences between them, a discussion to determine the permissibility of lying and deception can now take place. You might start by asking whether it was acceptable for Trosclair to deceive Gargantua. The most popular response will most likely be along the lines of “Yes because he and Ollie were in danger of losing their lives.” A suitable follow-up could be to ask whether deceiving Gargantua would still be right if Trosclair had had an escape route. Eventually, you’ll want to turn the conversation towards the question of when, if ever, it is ok to lie or deceive to help others (instead of yourself). To start, you may ask whether it would have been better for Trosclair to lie to Gargantua instead of deceiving him. We also see in this story that Trosclair deceives Gargantua for his own benefit by harming Gargantua to save Ollie’s and his own life. Is lying and deception inherently selfish, or can it be used to do good for others? Once you’ve imagined scenarios in which lying could better or worse than deceiving and when each could be beneficial or selfish, you can begin to ask, in a general sense, when it is permissible to lie or deceive.

Nature of Lying and Deception

Permissibility of Lying and Deception 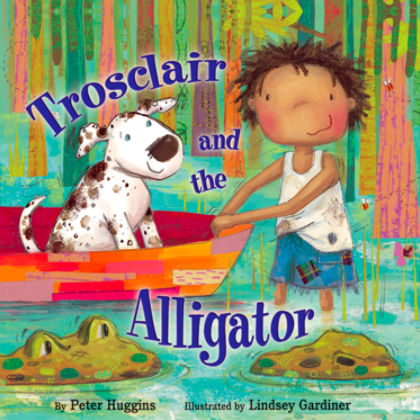