This Moose Belongs to Me

This Moose Belongs to Me explores questions of ownership, especially of animal ownership, and the responsibilities that come with ownership.

A boy named Wilfred discovers a moose and calls him his pet, claiming that he “owns” him. They go on many adventures together. On his adventures, he discovers that other people also think they own the moose. Wilfred is faced with the question of whether he really ever owned the moose in the first place.

Read aloud video by Once Upon a Story

This book brings up the philosophical issue of ownership. Our society is one in which ownership plays a big role. The students probably can think of some things that they own themselves, and they might be proud to have something they can call their very own. This can prompt a discussion on what makes an object their own. First, this involves asking how it came to be theirs in the first place. Perhaps they found it, or perhaps someone gave it to them. In the story, we can ask, “Why does Wilfred think he owns the moose at first?” (Wilfred states that the moose just “came to him one day”. This leads us to the conclusion that his ownership stems from the fact that he found the moose himself.)

Owning something implies having certain rights and responsibilities. When we claim to own something, this implies that we have the right to use it as we see fit, as well as the right to transfer our property to someone else. But owning something also means that we can be responsible for what that thing does or causes. In our story, the thing being ‘owned’ is a living creature. This leads to an important distinction between traditional ownership and animal ownership. It seems odd to say we can do whatever we want with a living creature. It seems problematic to use an animal solely for the purpose of achieving our own ends. Why is this the case? What is it about animals that make them any different from objects with regards to treatment and ownership? It appears that an animal has its own intentions and demands a respect that an object does not. Owning an animal also seems to entail having more responsibilities than owning an object.

So does Wilfred treat the moose with the respect he deserves? Wilfred just follows the moose around all the time, letting the moose do whatever he wants in his natural habitat. He doesn’t seem to restrict its will in anyway. In fact, it isn’t even clear if the moose is under Wilfred’s control at all. In this case, Wilfred’s actions may actually respect the moral demands of “owning” the moose, but this is certainly up for discussion. For we might wonder: can anyone actually own a moose (or another wild animal)?

Would Wilfred’s actions have been more problematic if he started to raise the moose in his own household like one traditionally raises a cat or a dog? It seems like this would pose more of a problem, precisely because treating a moose in this way would be making it live an unnatural life, one that probably isn’t best for the moose’s well-being. This distinction leads us to the conclusion that there may be some animals that are more fit to ‘own’ than others.

The Ethics of Animal Ownership 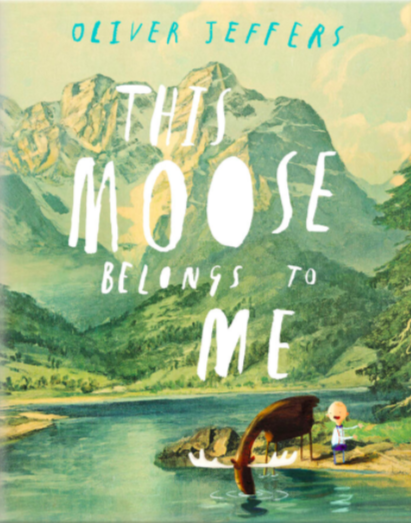