The Three Questions explores questions of altruism and living “in the moment” and introduces the concept of dynamic choice.

One definition is that time is simply what is referenced when talking about temporally-related things or events, and that time would not exist independently of these things and events. These definitions are relevant to the discussion at hand because Nikolai asks, “What is the most important time?” A discussion regarding the significance or importance of specific points in time using this definition can be facilitated. One might ask about how this relates to “living in the moment,” and whether or not “living in the moment” would affect other points in time. The first portion of the discussion revolves around the importance of the present. In the book, Leo’s response to Nikolai’s first question is, “There is only one important time, and that time is now.” Some instances where students might agree with this would revolve around perception and “living in the moment.” Others may argue that “living in the moment” does not mean that the past or future are less important. Is it important to expel thoughts of the future or past while actively perceiving one’s surroundings? If not, then is the present really the most important? Some examples of this could be spending time with your family before you go away for a long time, and being present with them instead of worrying about what time your flight leaves the next day. A counterexample to this could be hanging out with friends and enjoying their company instead of studying for a final that you have the following day. It could be argued that studying for the final in this instance would be more important than hanging out with friends.

Discussing the idea of living in the moment can lead to an exploration of something known as “dynamic choice.” The theory of dynamic choice wrestles with this apparent contradiction we face all the time when choosing between two things. It seems as if we can have two choices where neither is better than the other, but neither are they equally good. This can be easily illuminated by improving one option by a small amount. It is still coherent to value the newly-improved option A just as much as option B, even despite the fact that the new A is better than the old A. This seems to mean that neither choice is better than the other, but they aren’t equally good either.

An important theme in this story is that of helping others and perhaps even the selfless helping of others: altruism. This topic seems relatively straightforward, as many agree that altruism is virtuous, but questions remain about whether or not anyone can ever act out of true altruism. This is because it seems like when most people perform altruistic acts, they gain some pleasure from the act in some way. Either they feel good when they help others, or their image is being improved by their action, or they gain something else. It seems we can always introduce some pessimism and find a way in which they are acting in their own self-interest. Coupled with this sort of question are questions about whom we ought to be helping if multiple parties are in need. Our tendency to help those we are close to is at least morally ambiguous, as we seem willing to prioritize saving a few of our closest friends over saving a hundred strangers.

The last section of the discussion revolves around the nature of the present as it relates to perception, and is geared towards an older audience. Given that time is somehow linked to objects and events by the definitions we have seen, the perception of time as it relates to this meaning would be the perception of changes or events in time. This raises the question, what exactly is the present as it relates to our perception of time? In the book, Leo says, “the most important time was the time you spent digging in my garden.” If Leo’s argument is that the present is the most important time and that the most important time for Nikolai the day prior was digging in his garden, then Leo’s interpretation of the present is an interval. After a brief discussion regarding this, an argument can be presented. If it is agreed upon that what is perceived is perceived as present, motion is perceived, and motion occurs over an interval. Therefore the present occurs over an interval of time. A discussion about the present being an interval of time or a moment in time can then be explored, and questions regarding the cut off for intervals of time or the length of a moment can be raised.

The Significance of the Present

The Nature of the Present (for Older Kids)

Here is an argument for why we might think we perceive the present as an interval:

It follows that we perceive the present as an interval.

Original questions and guidelines for philosophical discussion by Alex Bynum and Sam Cooke. Edited June 2020 by The Janet Prindle Institute for Ethics. 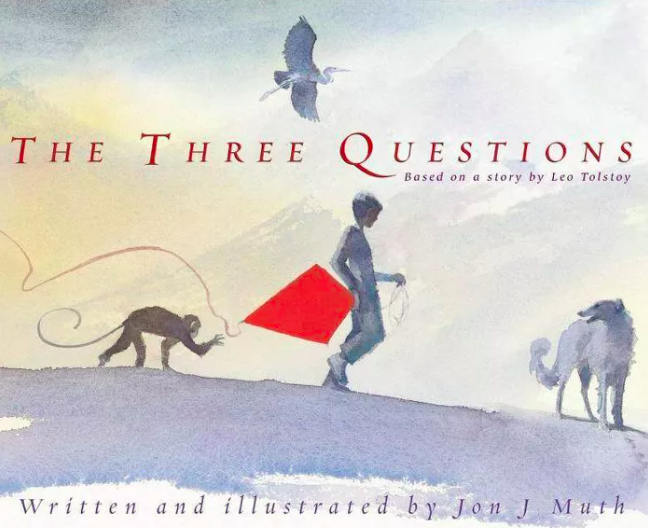