The Littlest Knight is a story about overcoming prejudice and the importance of bravery and kindness.

The Littlest Knight is about a small blacksmith who sets out to defeat a dragon to win the favor of the princess. Despite his stature and the odds against him, through kindness and bravery he is able to vanquish the dragon’s curse and live happily ever after with the princess.

This story is available as an e-book here.

The story brings up the central theme of judging an individual based on their appearance rather than the qualities they possess. Why did others think that the blacksmith was incapable of defeating the dragon? Was not the little knight’s bravery in the face of fear proof enough of his capability? Shouldn’t the king and the court look past his size and focus on his qualities? Ethics is the branch of philosophy that brings up the question of how people live versus how people ought to live. It was wrong of the king and the people to place judgment on the little knight. The princess was the only one who saw past his physical appearance and through to the brave knight within; perhaps this was because she was smaller herself? Small items such as the bees and the hair played a very large role in defeating the dragon. Whilst the other knights overlooked the bees and threw them aside, the knight acted kindly towards them and was later rewarded. Acting in kindness was the ethical thing to do and was rewarded because the bees turned out to be a crucial ally. On the other hand, the unethical idea of violence led to the defeat of the larger knights. These are crucial themes to be brought up when discussing The Littlest Knight.

The dragon was also judged harshly but in the end was found to be the victim of an evil wizard’s spell. Another ethical argument brought up is the idea of right and wrong. Although at the end of the story the dragon was shown to be a victim, was he right in rampaging the kingdom in an attempt to free himself of the spell? Were the townspeople, the other knights, and the king right in attempting to deny the little blacksmith the opportunity to face the dragon because it is a dangerous situation for him?

The events in The Littlest Knight also bring up the underlying theme of deontology. Deontology focuses on the rights of individuals and places rights before the greater good. Shouldn’t the littlest knight have the same right to challenge the dragon as everyone else? Why is his stature such a huge issue? Children will most likely be more familiar with this theme initially (though perhaps not in name) and associate themselves with the knight based on previous experiences of struggling to be recognized as being just as important as larger individuals. Ethically the knight should be treated equally.

This “fairy tale” brings up the subject of ethics through the themes of bravery, kindness, right and wrong, introduces children to the concepts of equality and reserving judgment. To a lesser extent it stimulates discussion about the ideas of deontology and rights.

Many brave and fierce knights gathered to face the dragon. They came up with many ways to solve the riddle, but were unable to stop the dragon’s destruction.

The little blacksmith approached the king requesting to be knighted, but they all laughed at him because he was smaller.

Even though he knew that many larger and stronger knights had been defeated by the dragon, the small blacksmith still wanted to help the kingdom.

When he came across the bees and when the dragon was at his weakest, the knight acted with kindness. 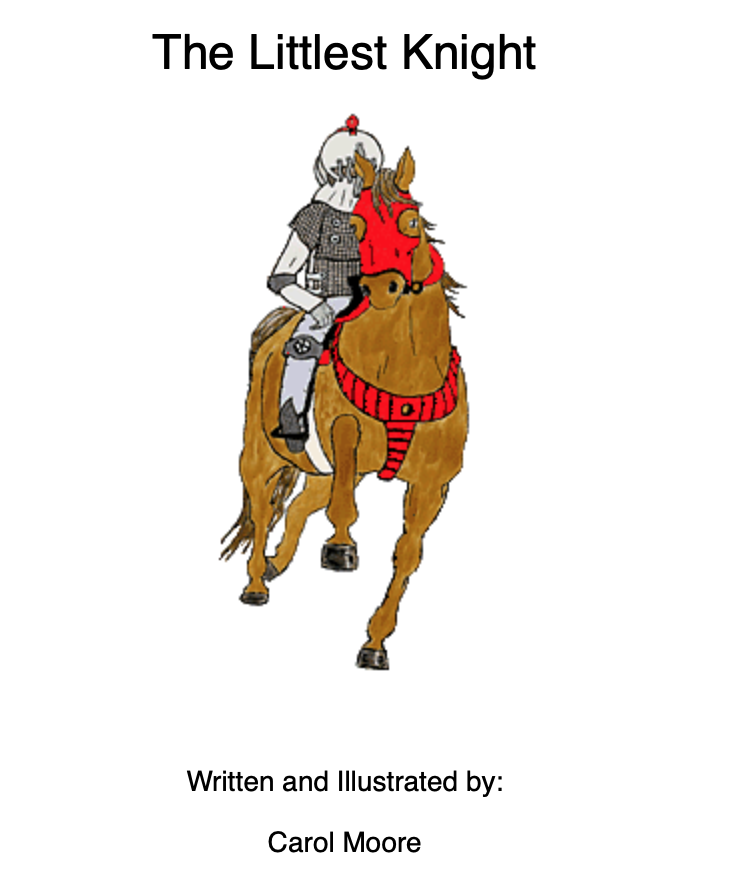