The Little House explores a number of environmental ethics issues through a story of rapid and unwelcome industrialization.

Long ago, a Little House lived in the country. As the years go by, the countryside transforms into an urban city. What was once green grass and natural surroundings turned into large skyscrapers and loud train stations. The Little House grew shabbier and shabbier with each passing day. Soon enough, the Little House disliked living in a developing city, and “returned home” to the countryside.

In The Little House, the Little House is built in a calm natural setting, but eventually, a city is built around her. The Little House is personified with gender, thoughts, and emotions. She experiences how human activity has caused multiple environmental issues, such as the lack of natural resources and pollution. Those who advance technology promise to make people happier. In contrast, The Little House poses the question of whether this is true. Even though she is in the middle of the modern city, the Little House appears to be miserable. Do modern advancements really increase a person’s happiness? Or do they instead stifle a person’s ability to be happy? While The Little House focuses mainly on balance between nature and human interaction, it also raises issues of curiosity as an ethical trait.

The first set of questions discusses the environment in direct relationship to our happiness. Does the state of the environment contribute to a person’s happiness? The Little House appears to be content with her original living conditions. She becomes sad when the natural environment is industrialized and then ecstatic again when moved back to the countryside. With each environmental change, there seems to be an obvious emotional state that goes along with it. Clearly, the state of the environment directly impacts the Little House’s happiness. According to philosopher Arne Naess, our relationship with nature and our partnership with other forms of life in nature contribute significantly to our quality of life. Many earlier philosophers did not think that this was so. The Little House provides young students with an opportunity to debate the significance of the natural environment for human happiness.

Moreover, the contrast between the people who are in the countryside versus the people who are in the city relates back to the relationship between the environment and happiness. In the countryside, the kids play and have fun in nature, whereas in the city, everyone rushes and does not seem to have time for themselves. Cities around the world exist because the trees and grass that were once there were torn down and built on in order to create an environment with fast cars and large buildings. City life means brighter night skies, quicker transportation, and convenience, all the while bringing polluted air and distractions. Is this a better living setting? Does modern development promote happiness? Or has the connection with nature been so disconnected, creating an unhappy living environment? Essentially then, this stark difference in how the countryside is described and how the city is described, with the Little House’s preference for the countryside, speaks to how one’s environment can significantly affect one’s happiness.

The second set of questions discusses curiosity. One could argue that curiosity is what sparks someone or something to change or not to change. The Little House is curious about living in the city, and her curiosity could have potentially led to the changes she saw in her immediate environment. It can be argued that curiosity is not a good thing. Take the phrase “curiosity killed the cat” as a prime example of that sentiment. One could argue that there are different types of curiosity, and the differences between these types are what determine what is considered good or bad. For example, unless a natural curiosity for knowledge is considered a good thing, why would education be highly valued in society? In opposition, certain types of curiosity can be seen as a negative. The curiosity for harmful substances or dangerous actions that can negatively affect you or others are seen as bad types of curiosity. Then again, others believe that all curiosity is good and necessary because it can lead to innovation.

The third set of questions discusses human interaction with nature. Is it our right as humans to use the environment as we please? Aristotle believed that nature exists solely for the sake of man. Others believe that nature should be preserved under all circumstances. But why exactly is this? Many people value nature because they understand how important it is to human survival and well-being, yet in order for us to survive, we have no choice but to destroy some parts of nature. Some believe that we will never reach a point of balance between the degradation of our environment and its preservation because of industrialization due to the world’s growing population. The Little House will allow children to think about whether there is a happy medium between nature and industrialization and determine where that balance might be.

The Balance Between Nature and Human Interaction

The city has developed around the Little House.

Compared to how she felt before the city developed around her, the Little House starts to feel sad and lonely.

The countryside around the Little House is destroyed in order to build more buildings.

The Little House was curious about the city.

Original questions and guidelines for philosophical discussion by Elizabeth Han and Stephanie Maitre. Edited June 2020 by The Janet Prindle Institute for Ethics. 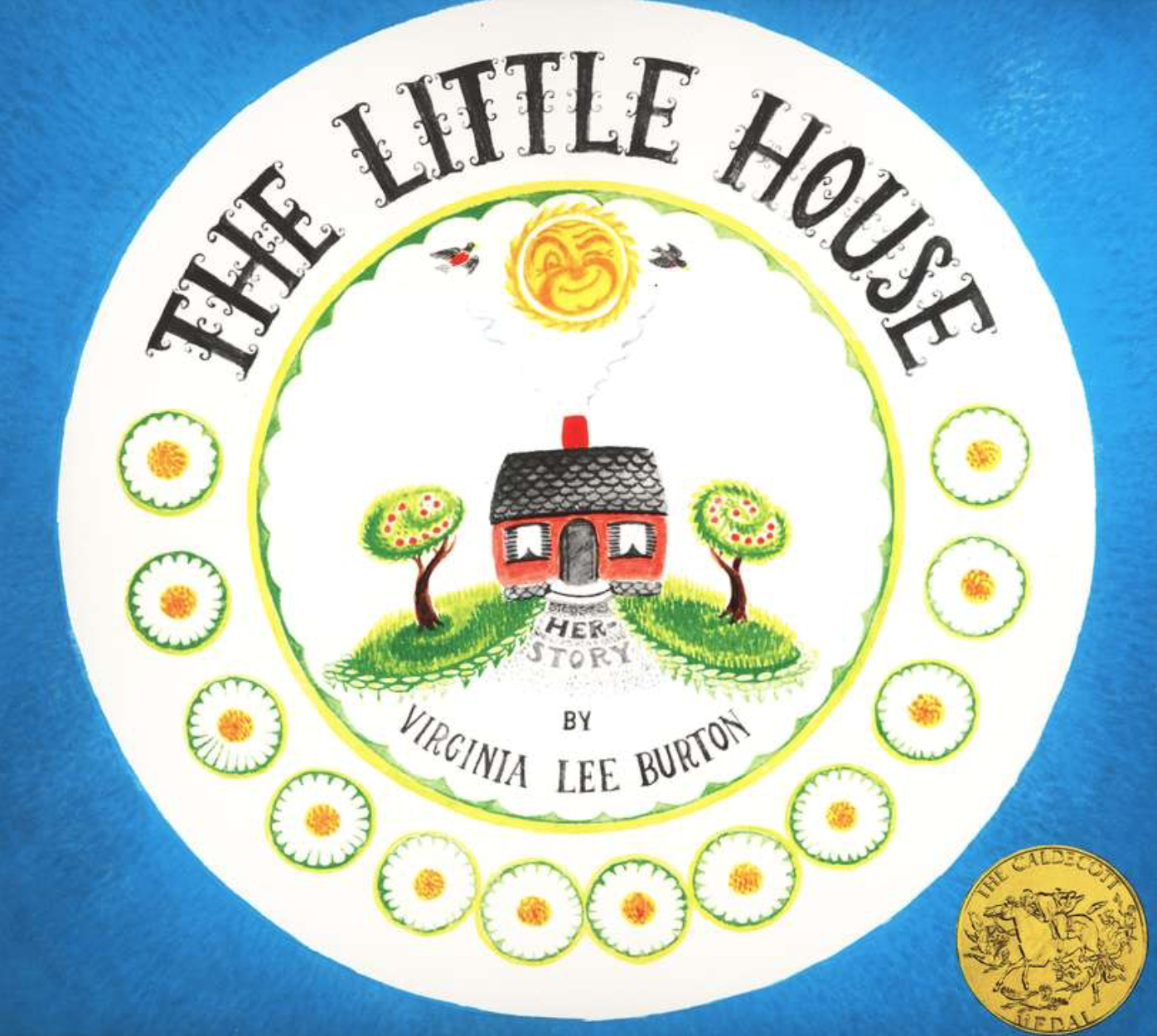