Many Moons is a magical story about emotion, wisdom, and perception.

Princess Lenore has fallen ill, and there is only one thing that can make her feel better: the moon. Can the King figure out a way to satisfy his daughter’s demands? Only with the help of an unassuming assistant… his court jester!

When Princess Lenore falls ill with a tummy ache from too many tarts, she laments that only the moon itself can cure her ailment. Her father, the King, who always gets his beloved daughter what she wants, promises the moon. Of course, he has no idea how this can even be possible, and it seems that his trusty entourage of crafty assistants only seem to validate this. But perhaps Lenore is not asking for as much as everyone thinks. The only person with the wisdom actually to ask her what she is really asking for is the court jester. While everyone had some idea of what getting the moon consisted of that made it impossible, Lenore’s idea of it was pretty easy to accommodate.

One way to discuss this book is an exploration into the nature of feelings. Coming to understand the nature and the vast variety of feelings that make up our emotional lives is sure to inspire lively discussion. Why do we have them? What purpose do they serve in our lives? Why do some of them have to “hurt”? The idea that some feelings can be painful, or that feelings can be “hurt,” raises another interesting question. How are emotional pains the same or different from physical pains? Finally, another topic on the nature of feelings is where they are. Are they in our minds? If so, how? And what about our feelings that we are not currently feeling? Are they hanging out somewhere in our minds too?

Another interesting aspect of the story is the wisdom of the court jester. The fact that all of the King’s experts were supposedly endowed with great knowledge did not seem to give them the wisdom needed to help the princess out of her self-inflicted dilemma. As a result of this depiction, Many Moons offers a philosophical discussion about the distinction between being wise and knowing things; in other words, the difference between knowledge and wisdom.

When the little Princess got sick, her father the King promised to get her anything her heart desired.

The King had many wise men who always got for him anything he wanted.

The King summons his royal counselors and asks them to produce the moon to restore Princess Lenore’s health.

The King’s wise men each seemed to know just how far away the moon was, and also what it was made of.

Original questions and guidelines for philosophical discussion by Reisa Alexander. Edited June 2020 by The Janet Prindle Institute for Ethics.

Draw a picture of something that grows back once you pick it, pull it, or otherwise take it. 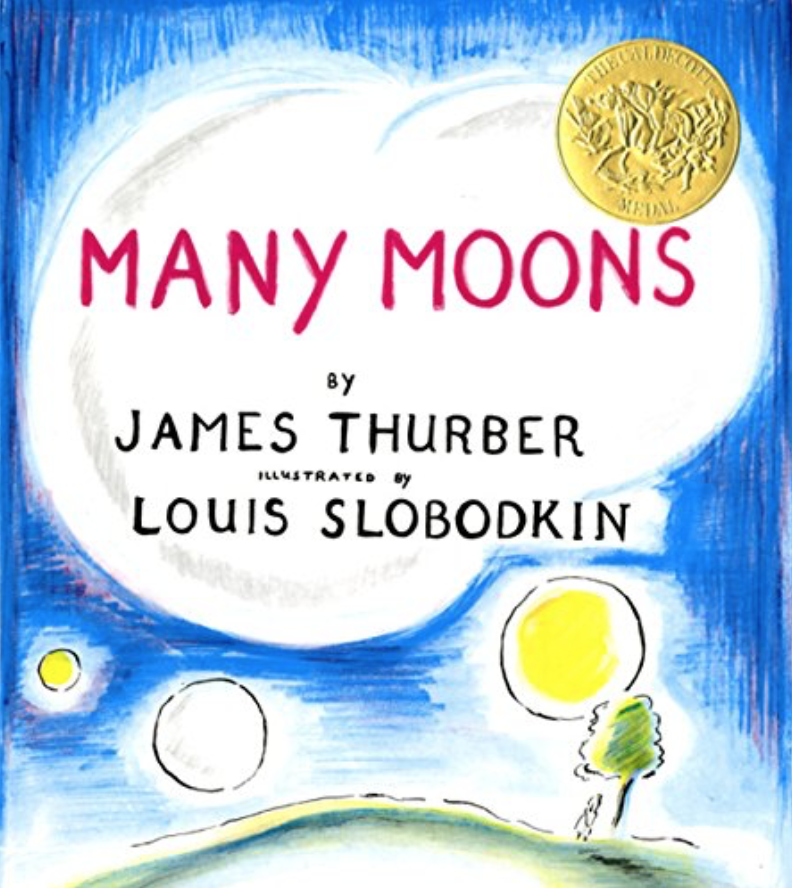