Let’s Do Nothing explores the concept of nothing and prompts further questions about language, thinking, and mathematics.

Let’s Do Nothing by Tony Fucile discusses the concept of nothing. Frankie and Sal are good friends who think they have done every activity there is to do. With nothing left, they decide to do nothing, which turns out to be more difficult than they thought.

The manner in which we speak suggests that we have a perfectly good understanding of “nothing” as a concept. Although abstract, we have little difficulty understanding that the number zero represents nothing. And yet, the number zero is no less significant than a number of greater value. So in the realm of mathematics, people seem to accept that nothing is something all by itself; it is not merely the absence of something. Moreover, we find ourselves in everyday life using the word “nothing” perfectly coherently. However, it is also a general understanding that the words we use derive their meaning, at least in part, by referring to something. But what do symbols like the number zero and the word “nothing” refer to? Well… nothing. So what starts as a seemingly normal and easily graspable concept now seems to be mired with paradox.

This puzzle about nothing is presented in the story by Frankie and Sal’s desire to “do nothing” Sometimes, we say things like “I did nothing last night,” but what we really mean tacitly is that we didn’t do anything significant enough to warrant mention. But the boys wish to really do nothing. Nothing at all. But no matter how hard they try to do nothing, they still end up doing something. Sal seems full of suggestions for doing nothing. But all of them are tantamount to activities of imagining being very inert things. The irony, of course, is that using one’s imagination so vivaciously is far from doing nothing. So even if they had been successful at imagining themselves being a tree, or statue, or building—which they could not—they would have only been successful at imagining themselves to be some kind of thing, but this is still doing something. After several failed attempts, Sal declares that you can’t do nothing; that doing nothing is impossible. And to wit, for even if one were successful at doing nothing, wouldn’t that be something!?

The question sets can be used to explore various aspects of how the boys’ attempts to do nothing are doomed to fail. The first question set uses examples to help children form their own ideas about what it means to engage in an activity. The boys imitate inanimate objects as a tool to try to do nothing. The second set is based around the idea that the concept of nothing pervades our language. Nothing is used clearly and often in language. These questions will help children to think about how they use the word nothing and how they understand the concept. The third set focuses on thinking. The boys use their imaginations in the story and are not literally doing the things depicted. These questions will help in discussing what it means to think, and what it means to not think. The last set of questions deals specifically with the concept of nothing in mathematics.

How do we do nothing? Simple. We sit down in these chairs, and we do not move. Not an inch. Zero movement. NOTHING.

There is no way to do nothing! You, me, your eyes… We can never do nothing!

Can’t blink, my friend. That’s not doing nothing.

Original questions and guidelines for philosophical discussion by Benny Shea and Jayme Johnson. Edited June 2020 by The Janet Prindle Institute for Ethics. 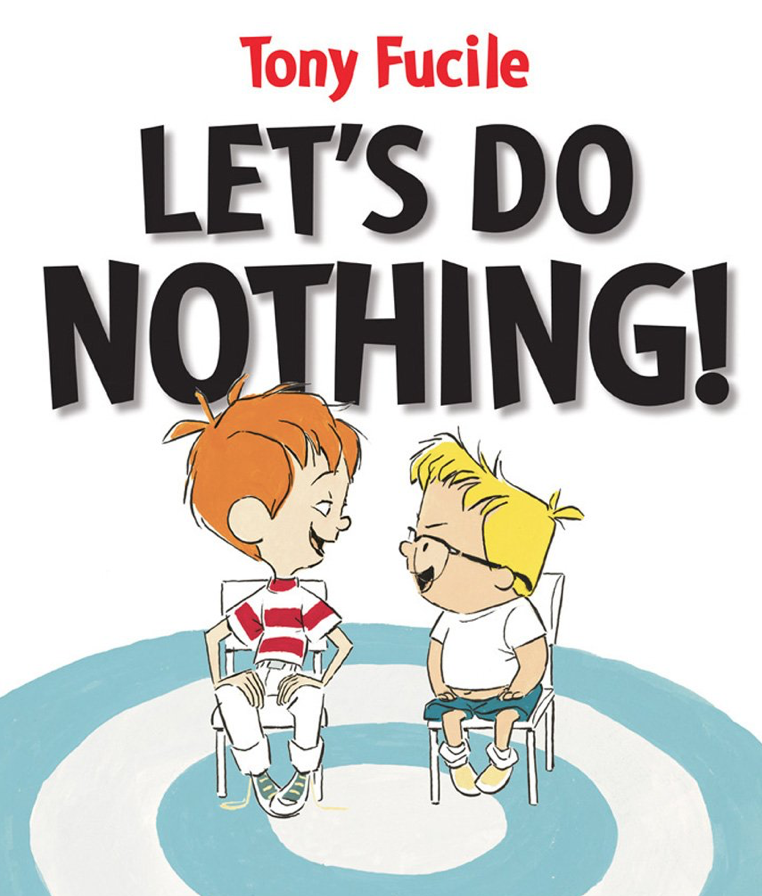