I’m Not a Baby

I’m Not a Baby questions labels and identity when it comes to growing up.

Read aloud video by Grandma “B” Reads to Me

It seems that an important issue addressed in Jill McElmurry’s I’m Not A Baby is that of growth and maturity and the question of when someone may be referred to as a baby, an adult, a child or etc. Many different stages of Leo’s life are examined, and his capabilities and how the rest of the world views him adjust.

Compared with other periods of society, children in the modern world are subject to much more consideration and protection than they have been in the past. During the Industrial Revolution (circa 1850), for example, there was little distinction in terms of children’s role in society. In the mid 1800s, child labor was rampant in factories, coal mines, mills, and chimney sweeping. In fact, children as employees were generally treated worse than their adult counterparts, receiving lower wages and working in very dangerous situations. In at least the past hundred years, however, children have been treated less and less like adults, and their role today is far different than it was in classics such as Charles Dickens’ Oliver Twist. More information on child labor and the treatment of children during the Industrial Revolution can be found here. Today, children are seen as important to the future, and are to be protected and attended to. Different things are expected of them at different stages in their lives, and they are prevented from exposure to certain elements of society until they are considered by the adults responsible and ready and mature enough to handle them.

The question of when a person is ready to take on certain responsibilities and what title they deserve based on age is a theme within I’m Not A Baby and it is addressed by blurring the line and questioning when we ought to stop referring to somebody as a baby, a child, a teenager, etc. In using this book for a philosophical discussion, children could be encouraged to discuss how Leo should be treated at the various stages of his life, at what point he was no longer truly a baby, and at what point calling Leo a baby seems ridiculous to them. By considering such problems, the children will start to develop an opinion of how people of differing ages should be considered and treated.

A great deal can be inferred, correctly or incorrectly, from what a person is called. Someone’s nickname, title, or label may help others assume what kind of person someone might be or give insight into the life of a person they may not know well. Jill McElmurry’s I’m Not A Baby! addresses labels by having the family of her main character, Leo Leotardi, give Leo the label of “baby,” which follows him throughout most of his life. Through discussion about labels, the question of identity may arise, leading the students to ask, “what makes me different from other people?” An in-depth analysis of identity as a philosophical concept can be found here.

Leo is constantly regarded as a baby, regardless of how old he appears to be.

Questions to ask before reading

Questions to consider during each stage of Leo’s life

The children may be told to think about these questions as the story is read, so that they can get a clear idea of how old they believe a person should be when they enter a new stage of life. An activity based on this may also be possible. For example, the stages of Leo’s life could be numbered and then the children could be asked to write on a slip of paper the number of that stage and then their yes/no answer to one of the questions. Then, the papers could be collected and the stage that most people consider a turning point could be determined.

Questions to ask after reading

Leo’s label, “baby,” seems to be known by everybody, and follows him everywhere he goes.

Questions to ask before reading

Questions to ask after reading 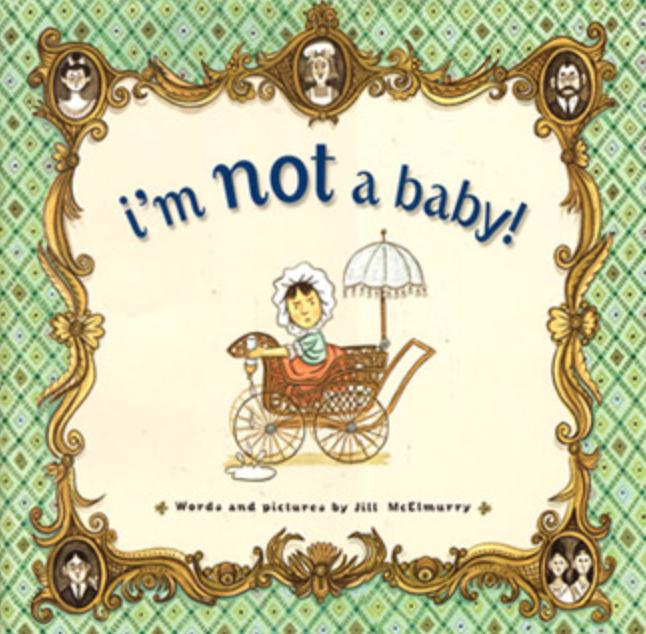