Horton Hears a Who

Horton Hears a Who raises questions about knowledge, responsibility, and respecting people, “no matter how small.”

Horton hears a faint noise on a clover plant. He realizes that there are very small people living on the clover that need help, and he tries to place the clover in a safe spot. The jungle animals do not believe his story about the tiny people. Thinking Horton is a fool, they steal the clover and hide it far away. Will Horton be able to help the people in Whoville? Can the animals be convinced?

Dr. Seuss’ classic children’s book Horton Hears A Who raises questions about the theory and nature of knowledge. Horton the Elephant hears a faint noise coming from a small speck of dust; it seems to him like a tiny person is calling out for help. Horton finds it peculiar that a dust speck could speak, so he reasons that there must be a very small creature on it. Without being able to see the creature, he seems to know it is there and that it is his duty to save it from harm. The other animals in the jungle see him speak to the dust speck and find it impossible that there could be a creature living on it. No one believes poor Horton, but he holds tight to what he knows is true and learns from the voice that there exists an entire universe. The jungle animals persist that Horton is being absurd and take measures to eliminate the speck of dust. But Horton knows the truth and pleads with the Whos to make themselves heard to the jungle animals. Finally, all the townspeople come together and make enough noise for the animals to hear; they have proven their existence and the jungle animals are able to know what Horton has known all along.

The story raises questions about the nature of human knowledge and what is necessary to justify a claim to have knowledge of something. These issues are discussed in the philosophical field of epistemology. Epistemology investigates the theory of knowledge, specifically its origin and nature. We may know something but sometimes find it difficult to explain why; we may know something to be true when others know it to be false. Epistemology engages in trying to help us explain why and how we identify our knowledge.

Philosophers have pondered upon how we justifies our knowledge. What kind of knowledge did Horton have? What can we say about intuitions? Philosophers lay out the ideas of truth and belief. Is knowledge a combination of both? What about skepticism? Why are the animals so skeptical of Horton’s knowledge? Is it innate truth that small people do not live on tiny dust speaks? What about knowledge that is gained through the senses? This is the key issue in the story. Horton cannot see that there is a creature on the speck of dust, but reasons through his intuition that the tiny voice he heard must mean there is a being present. Philosophers could classify this knowledge as empiricism. The other jungle animals do not share Horton’s intuition, and it is only through trial and tribulation that the Whos are finally able to make enough noise to be heard by the animals. It is through the senses that the jungle animals acquire knowledge of the Whos’ existence.

It is important to note that differences in opinions are natural. The children may disagree about how Horton knows there are people on his clover. They may take the opinion of the jungle animals: how could there be a person on a tiny speck of dust? In teaching epistemology and philosophy in general, questions are discussed, but final conclusions may not be made. The jungle animals do not hear a voice on the dust speck. How could something live there? That idea goes against all of their previous beliefs, all their previous knowledge. It may be helpful to relate this story to the children’s own ideas about truth, beliefs, and knowledge. What do they know for sure is true? How did they know this truth? Did they have to use their senses to believe it? It is not until the jungle animals heard the small voice that they believed? Why did they have to hear to believe?

This story is wonderful in its ability to raise questions about knowledge. Just as the animals disagree about what is real, so should the children as well. Through reading and discussing this story, young listeners may root for Horton. Of course, there are people on that dust speck. How can the animals not believe him? This brings about the opportunity for the students to think critically. Why are the jungle animals steadfast in their beliefs? Is knowledge completely certain, or can the truth change?

When Horton hears the voice on the dust speck, he reasons that there must exist a person, too small to be seen, but definitely there on the speck. But the other animals don’t believe him.

The Wickersham brothers show up and take action to stop Horton’s nonsense.

The animals have had quite enough and decide they are going to boil the speck and tie Horton up. Horton says that the Whos can prove they are there.

The Whos try to make themselves heard but the kangaroo denies hearing anything. Finally, the Whos try again, and they are heard!

Original questions and guidelines for philosophical discussion by Marisa Cooke. Edited June 2020 by The Janet Prindle Institute for Ethics. 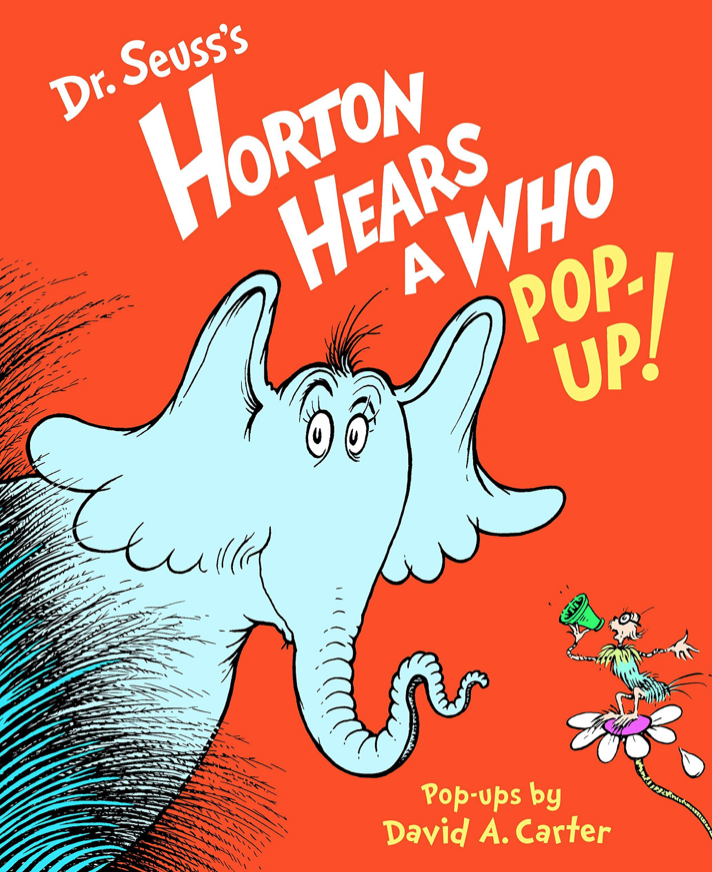