Fantastic Mr. Fox questions our moral intuitions as Mr. Fox must steal to provide food for his family.

When Mr. Fox needs to feed his family, he usually just raids the storehouses of one of his terribly mean neighbors. When his neighbors finally get fed up with Mr. Fox stealing their chickens, ducks, geese, and turkeys, they decide that Mr. Fox, and anyone who happens to be in the way, must be destroyed. But no matter what they do, how much they obsess, or how much damage they do, clever Mr. Fox seems to be able to stay one step ahead.

Fantastic Mr. Fox is a thrilling story of one brave father fox’s attempts to keep his family safe and fed. Unfortunately for Mr. Fox, providing both food and safety seem to run headlong into each other when Mr. Fox’s food sources–the three meanest nastiest farmers around–decide that they will literally move mountains to see Mr. Fox and his family killed. What makes this such a good story for philosophical discussion is that it creates a wonderful scenario for a thought experiment. The nature of the thought experiment is to test our ethical intuitions to see what motivates us in making moral judgments.

To lay out this thought experiment, we begin with the facts as presented in the story. The salient facts are as follows: Boggis, Bunce, and Bean each earn their living by farming. Whether it be poultry or cider, growing and producing goods is their livelihood. Another fact about them is that they are all three vile and nasty people. A fact about Mr. Fox is that he must eat and must also feed his family. Another fact is that his source of food comes from what he steals from Boggis, Bunce, and Bean. The three farmers are enraged by Mr. Fox’s theft decide to kill him at all costs. Mr. Fox manages to continue stealing from them, and even comes up with new and better ways to rob them while they are distracted by their obsession with destroying him.

Explained in this way, the story sounds like one in which Mr. Fox is a career thief, and even though Boggis, Bunce, and Bean are mean, they are being victimized nonetheless. Perhaps being constantly stolen from makes them mean! But that is not the feeling that the reader comes away with from the story whatsoever. In fact, as the story is told, Mr. Fox is a brave and clever hero who is somehow right and good for stealing from the three farmers. How can this be? The answer seems to have something to do with our moral intuitions. Our intuitions tell us that Mr. Fox should steal to feed his family. And when the three farmers are intent on killing Mr. Fox and his family, we as the reader want them to escape and want for them to be well. But our intuitions seem to betray us. They also tell us that it is wrong to steal things from others. So how can Mr. Fox be both morally right and morally wrong every time he steals from the farmers? This seems like a practical, if not logical contradiction. So how do we resolve this? We must ask ourselves two questions: Why, in general, do we seem to believe that it is wrong to steal? What about what Mr. Fox does makes it seem to us as if he is doing something right here?

This problem is alluded to in the book, in the chapter entitled “Badger has Doubts.” When Badger asks Mr. Fox how all this stealing doesn’t bother him, he expresses concern that what they are doing is wrong. Mr. Fox points out that anyone would steal food if their kids were starving to death, and that presently, the three farmers would destroy both Fox’s and Badger’s homes and threaten the lives of their children, as well as many other families’ lives. So if they were stealing, it was from murderous creeps, and for a good cause. Who wouldn’t do the same? Hence, a starting point for the discussion of our moral intuitions might begin with Mr. Fox’s own declared attempt to justify his behavior.

Mr. Fox steals food from Boggis, Bunce, and Bean to feed himself and his family.

Boggis, Bunce, and Bean vow to destroy Mr. Fox at all costs.

As a result of having to dig deeper into the ground, Mr. Fox and his friends dig tunnels to the food cellars of each of the farmers and steal lots and lots of things. Badger begins to have doubts about the heist.

The animals have a feast.

Original questions and guidelines for philosophical discussion by Jayme Johnson. Edited June 2020 by The Janet Prindle Institute for Ethics. 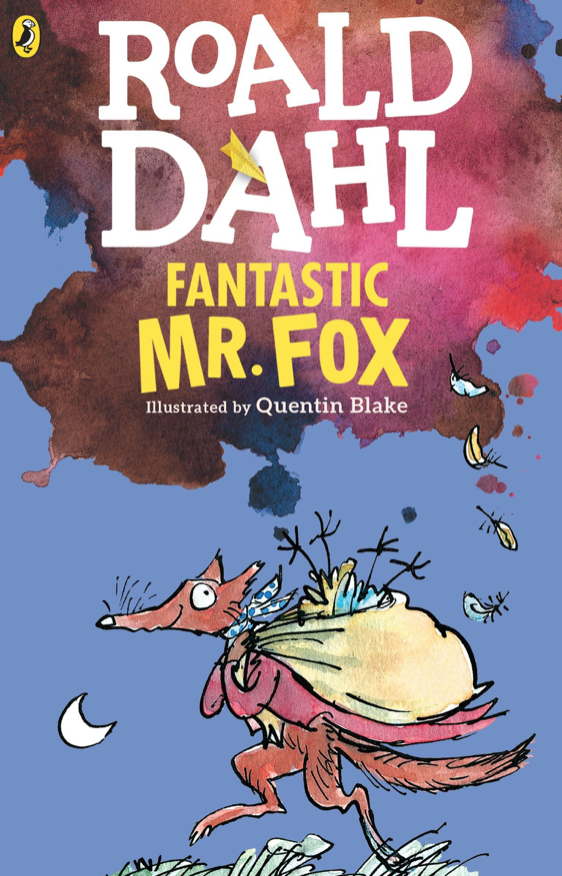