In Curious George Rides a Bike (1952), a monkey named George is led into trouble by his curiosity. His friend trusts him with a brand new bike, but he wrecks it. A paperboy trusts him with delivering some newspapers, but he makes them into boats. A circus ringleader trusts him with a bugle to play, but he feeds it to an ostrich. But then, a baby bear escapes from the circus and George is the only one to notice. He alerts everyone with his bugle, finds the bear, and brings him back. In the end, everyone forgives him and George keeps both the bike and the bugle.

Superficially, this story is very simple. George is curious. George gets into trouble. George does a good deed. George is forgiven. But numerous questions lie below the surface.

George is a monkey but he acts much more like a human child with exceptional physical dexterity. The story is clearly meant to teach a lesson to human children and that’s the reason why George understands language and recognizes right and wrong, which are both very human characteristics. But in other respects he is treated like an animal such as when he is asked to perform in an all-animal circus act.

When discussing this story, it will be useful to start with the most obvious themes and only later shift to the oddities involved with an animal protagonist in an otherwise human world. The most prominent theme is curiosity. Children are very curious and many children will readily identify with this personality trait. The book offers an opportunity to encourage children to avoid thinking of curiosity in a “black and white” kind of way.

With the first question set, children can examine the consequences of curiosity, both negative and positive, and consider whether curiosity may be thought of as a virtue, analogous to courage or humility. Lastly, although George’s curiosity almost universally leads to trouble in this story, it would probably be helpful to avoid discouraging curiosity entirely; the questions ask students to consider the value of curiosity.

Speaking of that trouble, there is a discussion to be had about why exactly what George did was wrong. In general, it seems that George’s curiosity leads him to betray the trust of others. This raises the question of what constitutes a promise and when it’s okay to break one. Thus, the next set of questions concerns promises. Children care a lot about promises but they are also great at making excuses for why they broke promises they made. Eventually, children will probably agree that George did something wrong in at least one case, at which point the discussion can start to be about what we should do when someone does wrong. In other words, the discussion can turn to justice and punishment, the topic of the third question set.

One of the simplest and most intuitive forms of justice is retribution. “An eye for an eye” is a common sentiment even today. Children are used to the idea that they can get into trouble for making mistakes, breaking rules, or getting in trouble. Because of their age, they often make lots of mistakes. They are certain to have strong opinions about when punishment is deserved or not. Plus, each of the three wrong things George does–not delivering the newspapers, breaking his bike, and feeding the ostrich his bugle–all have different complications. Considering the similarities and differences between these situations might help to tease out a more general theory of wrongdoing and just punishment.

In the end, however, George is not punished. Everyone forgives him. Forgiveness is a more complex response to wrongdoing than is punishment so it is probably best to begin by discussing punishment first. Since children will identify with George, they are likely to begin thinking George deserves to be forgiven. That being said, there is value in asking children to consider the perspectives of people other than George. For example, how does George’s circus performance make up for not delivering the townspeople’s newspapers? Some of the questions in this section prompt a discussion about the relationship between restitution and forgiveness.

The final set of questions concerns animal ethics and personhood. George is an animal (who acts like a human) who engages with other animals (who don’t seem human at all). When it comes to animal ethics, one of the central questions is whether animals are part of the moral community: do they matter morally and, if so, how? But can animals be wronged? And can animals do wrong the way human agents can? These questions not settled.

George, like other characters in children’s stories, blurs the line between animals and persons. The last question set is designed to spur conversation about whether George is an animal or a person. Since children will be quick to identify George as akin to themselves, this subject won’t immediately leap out to them. 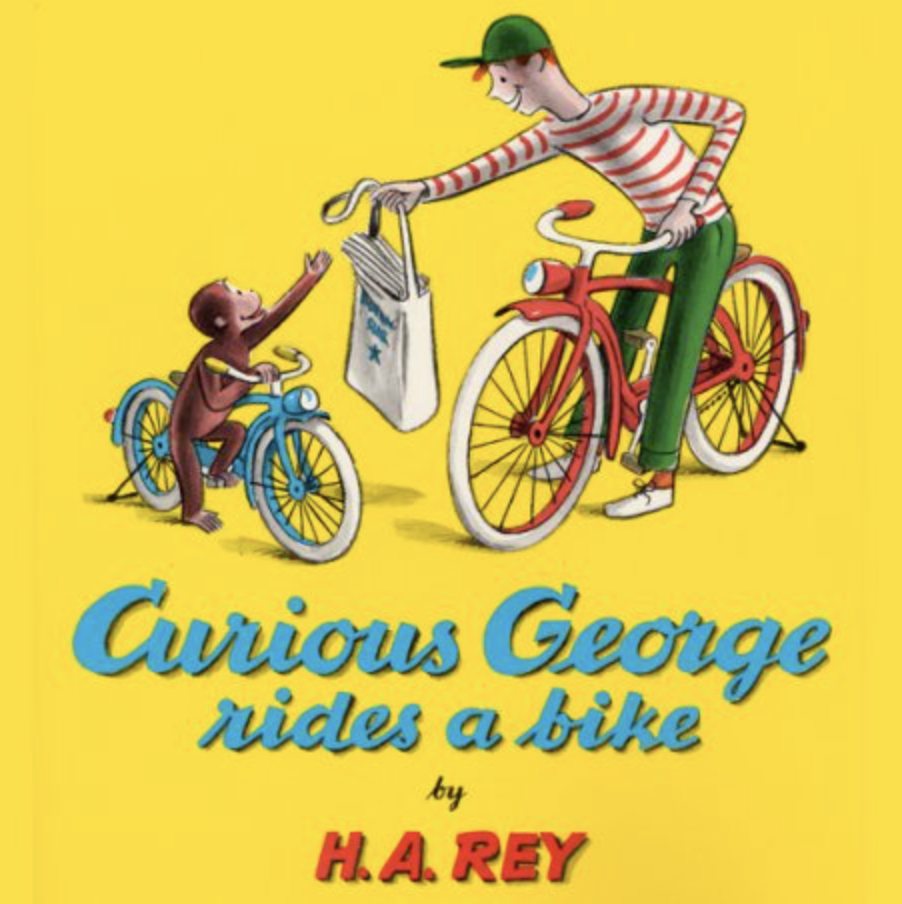