Cloudy With a Chance of Meatballs

This story explores the conflict between safety and security and raises questions about the nature and ethics of migration.

In the town of Chewandswallow, food falls from the sky three times a day. When the weather turns bad, citizens face a difficult decision: Should they stay in their town, where it is unsafe to step outside, or abandon their homeland and set off for another town? The citizens ultimately find another home and become accustomed to buying food from supermarkets and watching rain and snow fall from the sky.

In the story, the townspeople of Chewandswallow must endure the burden of their homeland’s unusual weather and the subsequent struggle of traveling across the sea to a new land. At first glance, the story may seem to only be about a mysterious and magical town with odd weather patterns where food falls from the sky. However, when inspected more closely, it is philosophically rich and entertains multiple questions about freedom, safety, migration, and adaptation.

The abundance of food appears at first to be a blessing: because people don’t need to grow their own food, nobody starves (neither people nor animals), and there are almost always leftovers. In our current world, this would be an incredible solution to one of humanity’s biggest problems: world hunger. But it appears that nothing comes without consequence: having food fall from the sky three times a day for breakfast, lunch, and dinner limits the people in the town of Chewandswallow in various ways. Therefore, most of this part of the discussion involves coming up with the pros and cons of having food fall from the sky and asking the children what parts about having food fall from the sky they would like and dislike. The pros seem to be more apparent from the book than the cons, so more time should be allotted to challenging the children to find some possible cons of the situation.

Having food always fall from the sky could have many benefits. The townspeople seem to never go hungry. In fact, they can eat to their heart’s content. Additionally, the townspeople don’t need farmers to grow food, which makes life much easier. People can walk outside with their plates and silverware and just wait to get food, rather than spend a large portion of their time preparing meals. This also means that people don’t have to pay for food either. Maybe people can use this extra time and money to have more fun with friends and buy more things that they want. But not everything that results from the town’s weather is good.

Perhaps not being able to choose what they want to eat for their meals may be frustrating for the townspeople. What if people have allergies to certain foods so that they have to miss out on certain meals? It is useful to focus on how the townspeople may be limited in what they can eat, or in other words, how they have limited control over what they eat. People might get multiple meals in a row where they don’t like what is “served,” or they aren’t able to eat it for health reasons. On top of that, there could be periods of time when people don’t receive all of the proper or suggested nutrients that they should from the meals that fall from the sky. There is a popular saying: “An apple a day keeps the doctor away.” Well, what if apples, or even fruit, only fall once every month, or maybe extremely sugary and “junky” foods fall frequently? Although it might greatly please one’s taste buds, it may not be the best for one’s health. When it rains in the town of Chewandswallow, it doesn’t just rain rain. It rains things such as soup and juice. But this means that water never rains from the sky, so the townspeople don’t have access to plain water. Could this be bad for one’s health? Additionally, not everyone wakes up at the same time, so if people wake up too late, they might miss meals. Could this become troublesome? Finally, people could become hungry between meals. They either have to wait it out until the next meal, or they’d have to have leftovers. How many people enjoy eating leftovers?

Ultimately, this discussion of weighing the pros and cons can be related to a bigger theme of safety versus freedom. This is a difficult topic to introduce to children, so a simpler way to talk about safety would be to define it as always having what someone needs, but not necessarily being able to choose when, where, what, and how they get it. One could then define freedom as being able to choose what one wants and how, when, and where they get what they want, but also having the risk of not always being able to get enough of it. Asking a few questions regarding this broader theme would be a good way to connect the story to bigger philosophical ideas and move on to other parts of the discussion.

When the weather takes a turn for the worse, the people of Chewandswallow find the food as more of a curse than a blessing. They must make the difficult decision to leave their homeland. This crisis brings up questions about migration: Is migration voluntary or involuntary, and what causes a group of people to re-situate themselves? The citizens leave their town in order to survive, a scenario that parallels many migrant groups’ circumstances. In order to promote discussion on moving, ask the children if they have ever moved or know someone who has.

After the migrants sail on their peanut butter sandwiches to a new land, they are welcomed by the current inhabitants as they become accustomed to their new environment. There they must buy food from the grocery instead of expecting meatballs to hail from the sky. Furthermore, the new inhabitants must learn how to prepare their own meals. As the former residents of Chewandswallow grow used to their new home, how do the other inhabitants react to them? What are the responsibilities of the natives to welcome the newcomers and what responsibility do the newcomers have to conform to the ways of life of their new town? What if the people of Chewandswallow do not adapt? Would the native inhabitants be justified in expelling the refugees or refusing to accept any more?

Original questions and guidelines for philosophical discussion by Kennyi Aouad and Noah Someck. Edited June 2020 by The Janet Prindle Institute for Ethics. 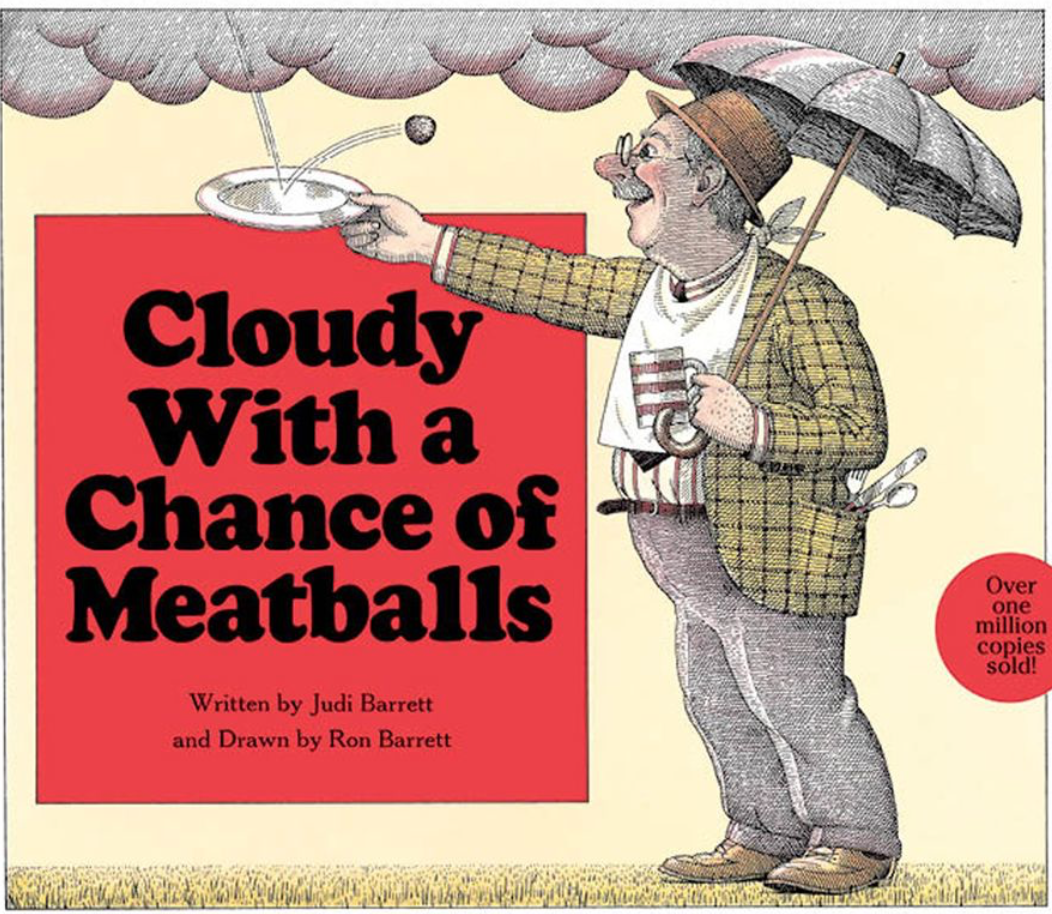 Some of the books on this site may contain characterizations or illustrations that are culturally insensitive or inaccurate. We encourage educators to visit the Association for Library Service to Children’s excellent resource guide for talking to children about issues of race and culture in literature. They also have a wonderful guide for navigating tough conversations.

Philosophy often deals with big questions around things like death or the existence of a higher power. Find tips for leading a philosophical discussion on our Resources page.