This is the story of an imaginative boy who learns to be proud of his uniqueness.

Billy’s Booger is the story of a boy named Billy, who loves to draw and express his imagination but soon learns that everyone might not feel the same way about his extravagant ideas. One day, the librarian, Mrs. Paisley, opens a contest to all of the students to see who can create the best children’s book. While Billy thinks his new book, “Billy’s Booger”  is brilliant, others do not. Billy learns that he does not have to feel accepted by everyone in order to feel proud of himself.

Billy’s Booger is about being different and learning to take pride in those differences you have from other people. In philosophical terms, this book deals with differentiating imagination from reality and the concepts of disappointment, rejection, and acceptance.

This story raises the question about what is real and what is not real. The audience constantly watches Billy imagining and creating new things because he thinks the life he lives can be too boring at times. As the story progresses, it becomes obvious that Billy uses his imagination a lot more than paying attention to reality. It is important for the readers to recognize the difference between reality and Billy’s imagination. The activities and sports Billy finds boring in his PE class are real whereas the comic stories that he enjoys so much are fantasy. As Billy writes his children’s book for the contest, he takes a lot of ideas from his imagination when creating it. We know this because the story about his boogers could never be true and would have had to be made up and then deemed fictional. The audience should discuss the differences between imagination and reality in Billy’s life and why he may enjoy using his imagination more. These differences show what kind of person Billy is and why he may take so much pride in his book.

Billy appears to experience rejection for the first time in his life in this story. Sometimes when Billy comes up with his wild, unique inventions and ideas they are often quickly dismissed by his principal and parents but never more than that. When Billy steps out of his comfort zone and submits his personal work for many others to judge and see, he is emotionally jolted when they do not find the same humor and amusement in it that he always does. Billy feels confused at the thought of people not only disliking his work, but also not enjoying it in the slightest. This feeling upsets him and appears to discourage him from creating his own inventions and ideas.

Readers can acknowledge Billy’s feelings throughout the story and recognize how rejection makes him feel as well as how it changes his outward behavior. In expressing himself to others, he was vulnerable and ended up getting hurt. In the end it was worth it but he didn’t feel that way at first or recognize that something good could have come out of this initial rejection. The audience should discuss how rejection can make a person feel as well as how it can affect someone’s behavior and confidence. It also should be noted how brave it is for people to be vulnerable with one another and that it takes strength to be able to put one’s personal thoughts and ideas out into the open.  In the book, after Billy’s book idea was rejected it was very noticeable that he temporarily became a quieter version of himself.

The concept of acceptance and being accepted by the people around you runs throughout this book. It can be intimidating when people are vulnerable with one another and share their individual ideas because these same ideas are often things they care deeply about. In doing this, people want their ideas to be accepted and embraced. When this doesn’t happen it can be very scary and prevent them from ever subjecting their personal ideas to others again. Billy put lots of time, effort, and personal thought into his book and submitted it in hopes that his ideas would be accepted and he would win the book contest. Billy was proud of his work and took pride in what he created. When reading, the audience recognizes how Billy felt when he was working on his book, how he felt when he submitted it, and how he felt after discovering others’ opinions on it. In comparing all of Billy’s emotions throughout the book, the reader can recognize the changes Billy goes through as the story continues.

“Billy wished school was more like the ‘funny pages’ …”

“This made Billy smile in a Billy-sort-of way…” 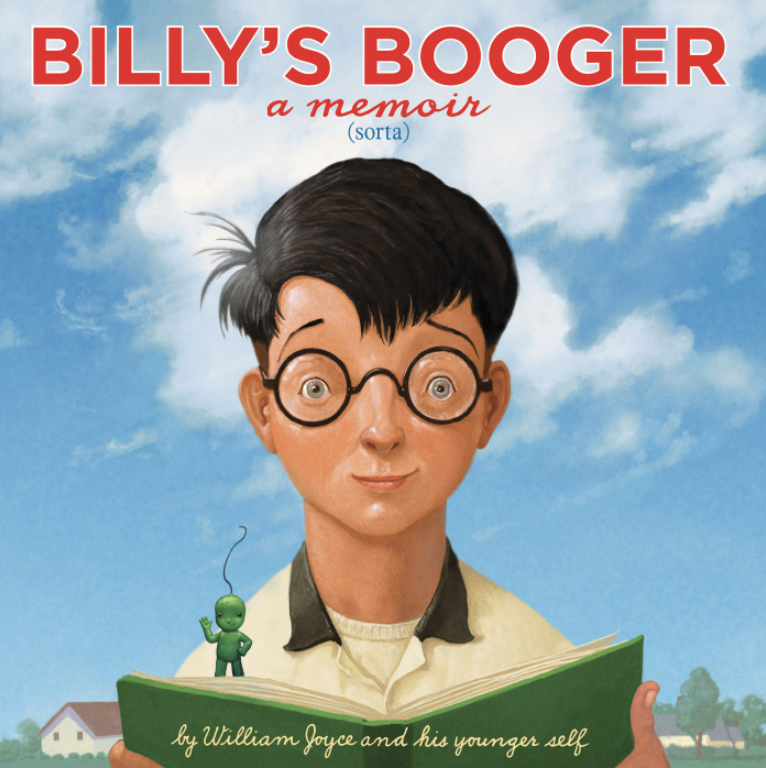