Communication can be difficult – especially when Amelia Bedelia is involved. Maybe the philosophy of language can help!

Throughout the book,​Amelia Bedelia​, Amelia does her best to understand the list of chores given to her by Mr. and Mrs. Rogers. Even though she thinks she understands the list, she does everything wrong (at least in the eyes of Mr. and Mrs. Rogers). So how does context play into what is communicated? Amelia Bedelia is asked to “dust the furniture,” so she proceeds to literally put dust on the furniture. However, given that she is a housekeeper, we can infer that she was being asked to remove dust from the furniture. If a detective was asked to “dust the furniture”, he would have to add dust because, in that context, he is being asked to check for fingerprints.

This can lead to a discussion about language and communication, about what it takes to understand and to be understood. You may start by asking what the children would have done with Mr. and Mrs. Rogers’ chore list. Presumably, they will say that they would not do what Amelia did, but instead what Mr. and Mrs. Rogers wanted. Then you may ask why Amelia Bedelia did what she did and whether they can imagine a situation in which Amelia Bedelia could have done the right thing. It seems like Amelia Bedelia does not take into account any context. She believes that “dust the furniture” means that she should add dust to the furniture. She does not take into account the fact that she was hired as a housekeeper. In the book, she says, “at my house, we un­dust the furniture.” She understands that what she is being told to do is not what is typically done, but because she takes statements literally, she adds dust to the furniture. This can expand into how one word can have multiple meanings and ultimately, how context or implicature play into the things that we try to communicate. An example of implicature could be: when Mrs. Rogers asked Amelia to “change the towels in the green bathroom,” she literally asked Amelia to do something to change the towels. But, she implied that the towels be changed in a certain way.

A second idea is raised at the end of the book when Mr. and Mrs. Rogers are about to fire Amelia, but then sample her lemon­ meringue pie. They forgive her mistakes and choose to keep her as their housekeeper. By asking whether the children would have forgiven Amelia Bedelia, they are given a chance to formulate their idea of what forgiveness is and explore when they think forgiveness is necessary. However, Mr. and Mrs. Rogers are only keeping Amelia Bedelia because they like her pie. So did they really forgive her? What is necessary for forgiveness to occur?

Moreover, given that Amelia Bedelia did exactly what the list said, was there a need for her to be forgiven? This raises the question of what is required to cause a need for forgiveness. The children can think about when they think forgiveness is required, which can expand into a discussion about what they take forgiveness to mean.

Original questions and guidelines for philosophical discussion by Henry Liedl and Natalie Bulger. Edited June 2020 by The Janet Prindle Institute for Ethics. 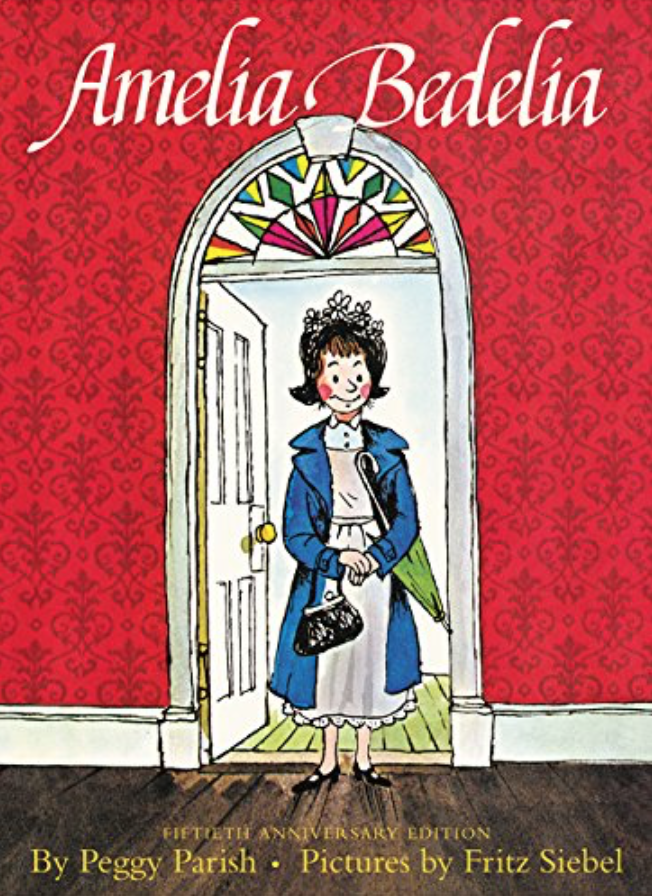